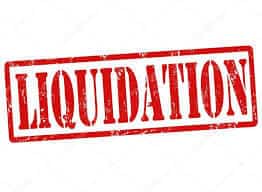 Dragon Payments Ltd., a British cryptocurrency exchange, is getting ready to call it quits as it has now been forced into compulsory liquidation.

According to an official statement published on its website, the firm will be starting the liquidation process, in compliance with a winding-up order that was issued against it late last month. The company, which changed its name from London Block Exchange (LBX), will now be working with liquidators to ensure that all customer concerns are placated and sums owed are paid in earnest.

Dragon Payments was founded back in 2017, at the height of the crypto bull run. Thanks to a £2 million (about $2.6 million) capital raise from investors, the firm got its operation off the ground, and while it had initially planned on issuing prepaid cards to customers to allow them to make crypto-based remittances and payments, the firm announced in 2018 that it had pivoted to now offer exchange and asset storage services to U.K. crypto investors.

However, the firm was dragged to court back in April 2019 by one of its creditors. Squire Patton Boggs, a law firm based out of London, served a winding-up petition to the London High Court of Justice, claiming that they were owed a significant amount. A winding-up petition is seen by the general public as a sign of financial strains in a company, as it means that the firm’s management could also be personally liable for the debts if they don’t get things resolved quickly.

As is expected, rumors began to swirl about the exchange, with many claiming that they had become so financially unhealthy that they couldn’t pay off their debts. Peter McCormack, a popular Bitcoin commentator, also posted on Twitter that the firm hadn’t been paying its employees for several months because it had become insolvent.

However, company management immediately shut this notion down. Benjamin Dives, who ran the company until earlier this year, explained in an interview with industry news source CoinDesk that the firm was facing only £9,900 (around $12,787 at the time) in debts, adding that the law firm had jacked up the fee due to their inability to make timely payments.

Sadly, it would seem that the rumors were true after all. The winding-up order delivered last month didn’t give much in terms of details on the exchange’s financial health, but it did point to cash flow problems- the type that can only be suffered by a firm that it is financial strains.

The announcement explained that Paul Cooper and Paul Appleton of David Rubin & Partners had been appointed by the U.K.’s Secretary of State for Business to be the firm’s joint liquidators, adding that “The Joint Liquidators and their team are working toward resolving customers’ concerns, including the recovery of any sums owed, as a matter of priority.”

Coinbase, one of the top cryptocurrency exchanges in the world, is reminding investors and ...

Azeez Mustapha•10 hours ago
Last Updated:•10 hours ago
Bitcoin Dips to $41K as Over $400M Gets Liquidated in a Day