Bill Miller, a fund manager, legacy investor and philanthropist, has said that the dropping value of the Russian ruble is a bullish sign for Bitcoin. The Russian ruble has been moving downhill over the past week due to the sanctions imposed on the country by the US and its Western allies.

The Russian ruble has been on a steep decline, and it now sits at an all-time low against the US dollar. The removal of major Russian banks from the SWIFT network was one of the major blows to Russia’s financial sector.

The ruble’s value has declined by around 25%, and Russian citizens have been looking for alternative ways to store their savings. Bitcoin’s trading levels have been significantly high in Russia, with the increasing demand leading to some people buying BTC at $20,000 more above market value.

“They have almost 50% of their reserves in currencies that are controlled by people who want to do them harm… they have 22% in gold that is the only part of their reserve that other countries can’t control. It’s very bullish for Bitcoin,” he said.

He further noted that Bitcoin’s capped supply at 21 million coins made it a suitable hedge against inflation. He also talked of altcoins, saying they are different from Bitcoin and should be seen as “venture assets.”

Miller was once a sceptic of Bitcoin. However, he has since changed his sentiment, revealing that 50% of his portfolio was allocated BTC. In May 2021, he said that people should invest in Bitcoin even during bear markets. He noted that something attractive at high prices should also be attractive at low prices.

Miller has also compared Bitcoin to gold several times. Last year, he made a controversial comparison between Bitcoin and gold; he said that Bitcoin was like Ferrari, the luxurious sports car, while gold was outdated, and it was like a “horse-and-buggy.” 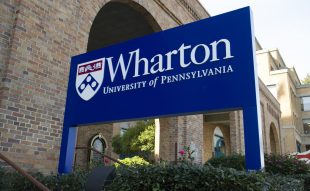 Wharton professor says Bitcoin can overtake the US dollar

The US economy is being affected by the rising inflation levels, and people have ...