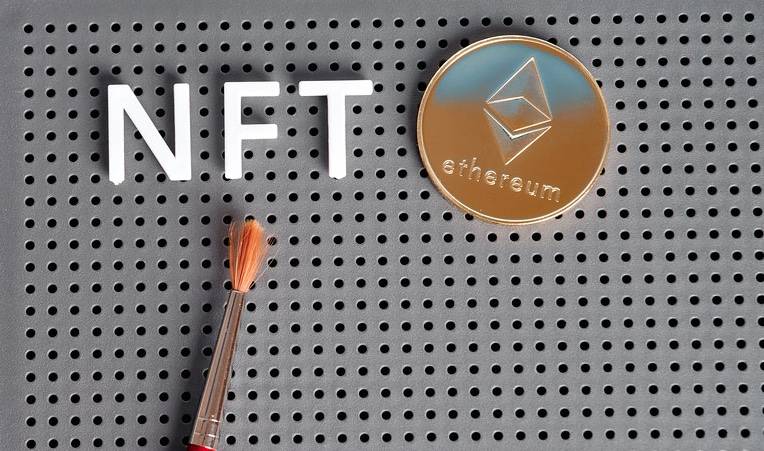 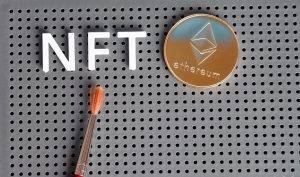 Non-fungible tokens (NFTs) have seen more mainstream adoption in the past year following record sales of digital collectibles. This popularity has led to the wide adoption of unique tokens by celebrities and businesses. Following the surge in demand for these assets, investors and crypto enthusiasts want to know where to buy the top-performing NFT tokens. This article analyses a few of the top-performing NFT tokens and how to acquire the rare items.

The premier decentralised finance (DeFi) ecosystem, the Ethereum network, is one of the top NFT tokens to buy for long-term yield. Given its pivotal role in the growth of the DeFi ecosystem, many see its transition to a proof-of-stake (PoS) consensus algorithm as a crystallisation of its position in the nascent space.

The Ethereum network is the largest ecosystem for blockchain revolutionise-based applications and home to over 3,000 dApps which are key in facilitating NFT minting and sales. With such a huge role to play, ETH has rallied with the broader crypto market, hitting a four-month high of $4,100 in the early hours of today.

Serving as the de facto currency for much of the current NFT movement, the Ethereum blockchain is seeing remarkable growth. Yuga Labs recently signed with veteran music manager and angel investor Guy OSeary to expand the popular NFT Bored Ape Yacht Club (BAYC) based on the Ethereum network.

The Tezos blockchain has been one of the least talked about blockchain protocols. However, the NFT-facilitating protocol has surged more than 200% year-to-date (YTD) while recording a 52-week high of $8.476 in the early days of this month.

Also looking to revolutionise finance, the Tezos blockchain offers a provably more advanced blockchain solution than the Bitcoin and Ethereum network. According to the development team, Tezos is built to last and upgrade seamlessly without the danger of a hard fork.

The low-cost, energy-efficient protocol has since racked up a major partnership with Formula 1 racing team McLaren. The F1 team recently launched their NFT marketplace with an initial 22 digital components of their signature race car, MCL35M.

Price-wise, Tezos’ governance token has not yet reacted to the news as it is still in the bearish region. At press time, it is trading at $6.72, down 4.37% on the daily chart. However, this is expected to change as the bulls retain significant control of the market.

Enjin is another top NFT token to look out for. Focused on the gaming sphere, Enjin facilitates an ecosystem of interconnected, blockchain-based gaming products. In essence, the Enjin network allows users to create Web 3.0 websites, communities, chat, and even host virtual items. It also enables gamers to trade in-game items on the Ethereum network.

According to the development team, Enjin is focused on making NFTs accessible to everyone, adding to its appeal.

Following its growing ecosystem, the Enjin Jumpnet has been tapped by the community-driven launchpad, Enjinstarter, which recently launched its EJS utility token on the network.

Solana has been one of the standout stars in a year full of top-ranking NFT facilitating protocols. With a lightning speed network powered by a PoS and PoH timing mechanism, Solana offers one of the best means of plugging into the booming NFT ecosystem. Adding more spice to its already super-fast blockchain, it is highly scalable and low-cost with low energy demands.

The Solana blockchain is considered a worthy successor to the Ethereum network, and this has seen popular crypto exchange FTX add support for Solana NFTs on its NFT Marketplace. The FTX NFT allows users to trade, mint and sell Solana-based digital collectibles directly on the exchange.

The considered spike in multiple use cases has kept SOL above the $150 mark, and the digital asset has since rallied with the market.

Another standout star, Axie Infinity, has broken so many records this year. Aside from price gains, AXS has broken several fundamental milestones. The play-to-earn gaming platform has since seen its user base skyrocket to over 2 million daily visitors to its website.

One major milestone event is the recent investment round led by top crypto investment firm Andreessen Horowitz. The Axie Infinity protocol came away with a $152 million war chest. Looking to tap into other key areas, AXS has blazed a noticeable trail among blockchain game wannabes, and the digital token keeps increasing daily.

At press time, AXS is still above the $100 mark and trades at $122.75, trailing 2.01% in the last 24 hours. However, the protocol’s decline is not expected to last, given its growing adoption and the crypto market catching some major tailwinds.

Where to Buy NFT Tokens

With several platforms selling NFT tokens, choosing the best place to buy the assets can be challenging. If you are looking to tap into the digital collectibles frenzy, we recommend using regulated broker eToro.
The platform’s wealth of experience in investment services and super-low fees ensure that your assets are always protected. You also get to enjoy competitive prices. 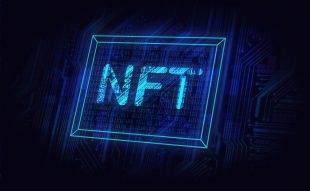