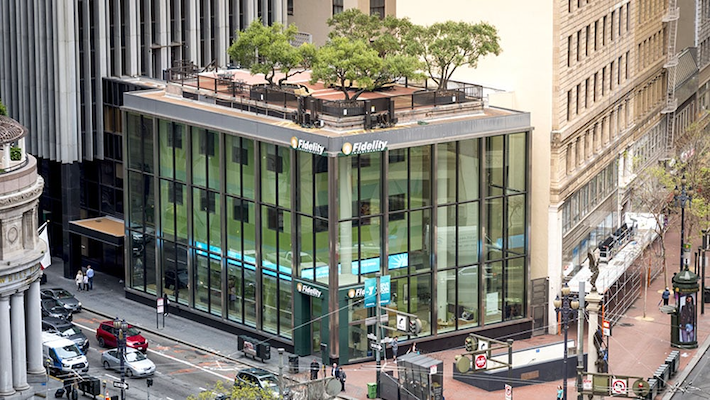 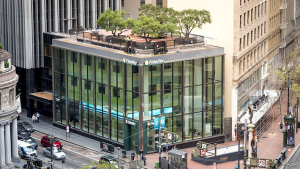 Cryptocurrency is beginning to resemble a toxic asset class after trillions of dollars in losses and waves of company bankruptcy and fraud. Fidelity Investments wants to be at the forefront of this future and is banking on it.

Fidelity gradually increased the range of its crypto products during the past year. The privately held brokerage and mutual fund behemoth launched a program to enable the use of Bitcoin in 401(k) plans that it manages. With the addition of Ethereum trading and real-time settlement, it enhanced its platform for institutional clients. By the end of March 2023, Fidelity anticipated having 500 employees working in its Digital Assets division. 28 available positions with “digital assets” in the job description are listed on their website.

Bringing bitcoin to its 40 million individual investors may be another goal Fidelity may accomplish with the help of the team-building. Customers can trade Bitcoin and Ether commission-free, starting “with as little as $1,” after signing up for the company’s wait list, which was created in November.

Of course, Fidelity’s timing is terrible. Over the course of the past year, cryptocurrency has transformed from a cutting-edge technology to an enormous bubble. As prices fell, more over $2 trillion in token market value was lost.

Numerous cryptocurrency businesses have filed for bankruptcy. The FTX scandal broke just days after Fidelity unveiled its trading wait list, and it may have been the greatest business scam since Enron. Sam Bankman-Fried, the creator of FTX, may spend decades in prison if proven guilty of the crimes leveled against him. He claims he never did anything wrong intentionally.

The business is attempting to dispel the notion that it has only ever been effective at one thing: frauds. Government officials are urging strict consumer protections. The Securities and Exchange Commission has vowed to take additional legal action against cryptocurrency companies found to be breaking financial industry regulations.

So why is Fidelity getting involved in this mess? Certainly not a lift from cryptocurrency. In 2021, the firm recorded $24 billion in revenue and $8.1 billion in operating income. As of September 30, it has $9.6 trillion in assets under administration, including $3.6 trillion. No other company manages a larger retirement business, managing 40.7 million 401(k) and other savings accounts. And there isn’t a bigger participant in actively managed funds, which has been Fidelity’s primary business since the company was established in 1946 by CEO Abby Johnson’s grandfather.

According to a representative,

A significant portion of Fidelity clients are already interested in and own crypto.

Fidelity is giving them resources to “support their choice.”

It is evident that Fidelity has the resources and financial motivations to try out cryptocurrency. It also appears to be establishing the company to protect against missing a financial trend—a long-standing worry for a company that adopted significant advances like exchange-traded funds later than competitors. ETFs were a train they failed to catch. According to Jeff DeMaso, a financial planner in the Boston area and a veteran Fidelity observer, they might have claimed they didn’t want to miss this one.

Cryptocurrency is unlikely to significantly increase revenue for a corporation the size of Fidelity. Fidelity, however, has a propensity to continuously and steadily push into new sectors. It may also profit from the industry’s washout because it is one of the only trustworthy companies that investors may choose to hold and trade cryptocurrency with.

Companies like Coinbase Global (ticker: COIN) and Robinhood Markets are competitors (HOOD). Although Coinbase is targeting the institutional market, those businesses primarily target retail trading. DeMaso notes that the company’s “brand and reputation may soothe concerns for investors and advisors,” adding that Fidelity’s reputation for institutional safety “may help it win some market share.”

Regarding Coinbase, I think Fidelity undoubtedly offers more competition in an already terrible situation. There is no major impact for Robinhood because cryptocurrency is only one component of the business and the users are different—younger, for example.

Additionally, Fidelity is attempting to increase interest in crypto ETFs. Like other fund sponsors, Fidelity has lobbied the SEC to accept a Bitcoin ETF that is based on the spot market. Fidelity’s application was turned down by the SEC in 2022, and the agency hasn’t indicated that it will do so again. It has introduced a few cryptocurrency-related ETFs, such as Fidelity Crypto Industry & Digital Payments (FDIG), but none of them have been successful; the ETF has only $18 million in assets. In contrast,

$578 million worth of assets are held by ProShares Bitcoin Strategy (BITO), an ETF that owns Bitcoin futures contracts.

With these activities, Fidelity isn’t taking many financial risks, but it is running regulatory risks. The Department of Labor has advised against providing cryptocurrency to 401(k) sponsors. According to The Wall Street Journal, a DOL official expressed “grave reservations” about Fidelity’s strategy.

Other brokerages are not yet getting involved

Despite providing a cryptocurrency-themed ETF and Bitcoin futures trading, Charles Schwab (SCHW) has not yet made any preparations to allow for the direct trading of digital assets.

According to Steve Sanders, executive vice president of marketing at Interactive Brokers Group (IBKR), the brokerage firm does not place a high priority on cryptocurrency trading, despite the fact that Paxos, a financial technology company, offers it.

Fidelity’s biggest risk right now might be jeopardizing its reputation as it works to establish a cryptocurrency company. Jim Lowell, the former editor of the Fidelity Investor newsletter, asks: “Will some of the tar and feathers of crypto attach to Fidelity’s reputation?” If it will work, only time will tell. 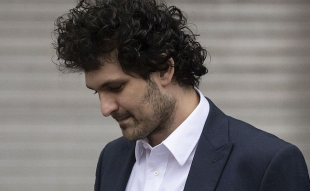