Human trafficking has always been a harsh reality in the modern era. While most of the civilized world like to think that humanity has gone past this primitive form of ownership, it’s still prevalent across the globe. The world’s law enforcement and governments relentlessly try to combat this. Within the US, the Justice Department, as well as the FBI, has fallen under a fair amount of scrutiny regarding this. Mostly, it’s due to their perceived lack of progress on the issue.

According to the reports, the Department of Justice and US lawmakers have already looked into banning cryptography altogether. As it stands now, the movement is being led by Attorney General William Bar.

During the US White House Summit regarding Human Trafficking, Barr tried to rally against end-to-end encryption that several messaging platforms support. Barr described these features as “military-grade” security measures and pushed the narrative that it is enabling human trafficking syndicates to operate through closed networks. 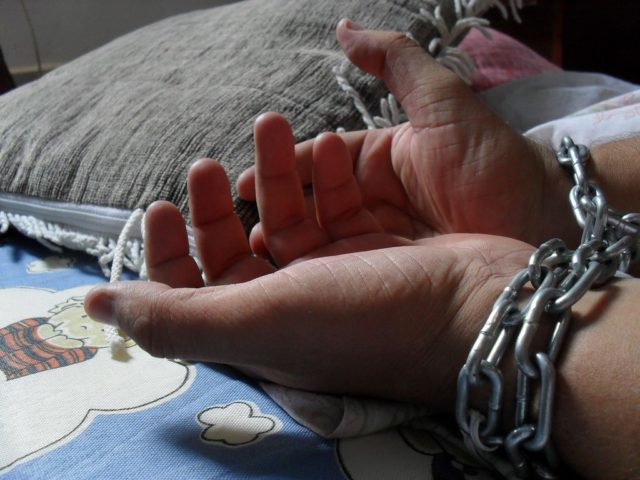 During his address, he explained that humanity was living in a digital age. He said that human traffickers are relying on digital communication and the Internet to do their vile business. He further explained that the evidence the government and law enforcement rely on to persecute these offenders, tend to be digital evidence as a result. Barr explains that this evidence has more often than not been encrypted, and is starting to increase in its trends.

As a result of these complications, both Barr and Senator Lindsey Graham (R-S.C.) have come up with a new draft bill targeting encryption. The bill itself is called the “Eliminating Abusive and Rampant Neglect of Interactive Technologies (EARN IT)” Act.

The bill, among other things, is aiming to ban child objectionable content on social media groups and general websites.

The intent here is only right, as no one would object to it and be in their right minds, but the execution mandates a Government backdoor for breaching the privacy of all individuals. People using private messenger apps on Apple devices, or through Whatsapp, will give up their individual rights of privacy for the Government to achieve this. It’s the age-old argument of Freedom Versus Security.

This, of course, is excluding the fact that corrupt elements within the governments can leverage these backdoors for their own personal gain. Or, even worse than that, the backdoor gets discovered and exploited by criminal third parties.

This bill will have effects on the crypto industry as well. A significant facet of cryptocurrencies is the cryptography involved, something that leverages anonymity and discretion to create a trustless system. The US is risking destroying their entire crypto industry should they enact this.