Uniswap isn’t going through a good stretch, sad as it is. One of the world’s biggest decentralized exchanges (DEXs) has seen a 38% plummet in the total value of assets locked within it. This comes after its UNI liquidity rewards program ended on the 17th of November, 2020, and no clear plan could be made for the future.

SushiSwap, the vampire clone of Uniswap, has managed to double its TVL, in turn, thanks to an aggressive campaign to boost its own liquidity.

As it stands now, Uniswap has seen a 43% drop in total value locked (TVL), coming just after the protocol managed to record a new all-time-high just three days ago, recording an impressive $3.07 Billion TVL. As it stands now, the number is dropping, and dropping fast, sitting at a precarious $1.75 billion and dropping.

With Uniswap’s staggering decline in liquidity,  token holders have renewed their efforts in voting for a new governance proposal. This proposal, in particular, aims to reinstate the reward liquidity providers get, mainly in UNI tokens.

Cooper Turley, coming from the Audius crypto-powered music streaming platform, was the man who made the new proposal. The proposal in question will see to it that stakers will only get half of the UNI rewards that they had gotten with the previous program, essentially enacting a quick-and-dirty halving event.

What this means is the USDC/ETH, WTBC/ETH, DAI/ETH, and USDT/ETH pools, which had 2.5 million UNI tokens distributed each month, will now only see a distribution of 1.25 million UNI for each pool every two months.

This would equate to a total of 10 million tokens, which is around 4.6% of the total circulating supply of UNI at the moment.

The first step in the process of community voting is a so-called “Snapshot poll,” which needs to receive 25,000 votes for it within three days. Afterward, a secondary poll is made, a so-called “consensus check,” which requires a minimum of double the voting quorum within five days to come in effect.

As a result, the proposal needs 50,000 votes for it within five days, but even then, it won’t pull through. Audius will have its proposition only become a fully-fledged “governance proposal” after 75,000 votes, in total, at a minimum.

From there, this same proposal needs a minimum of 40 million votes for it in order to be completely implemented. Decentralized Democracy at its finest, if a tad slow.

It should be noted that SushiSwap, the biggest rival DEX of Uniswap, was quick to unveil its new incentive program. This occurred within the same day as the new proposal was made at Uniswap.

We are happy to reveal our improved permanent Menu a thread for our valued LP. pic.twitter.com/m5cy93txbD 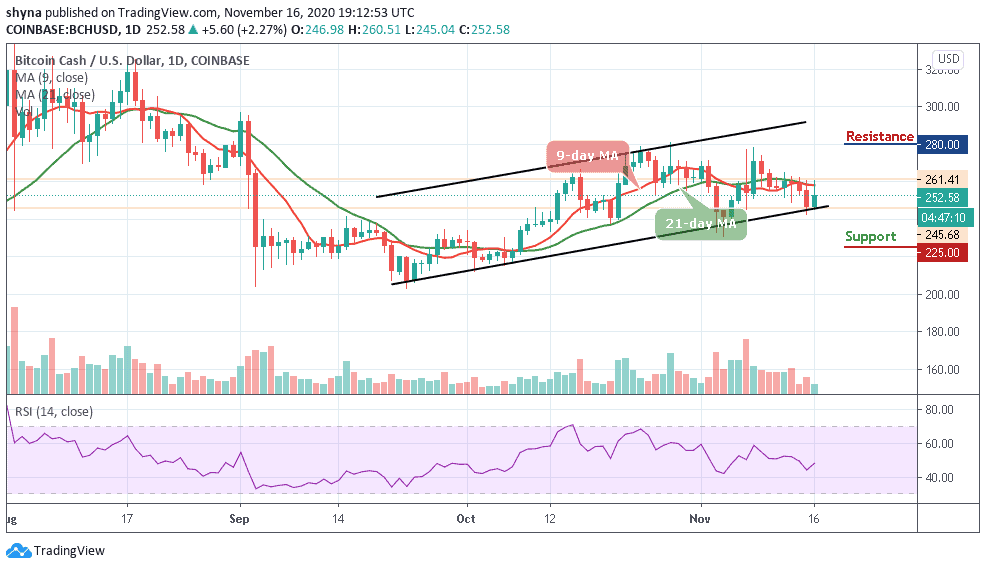 Bitcoin Cash Price Prediction: BCH/USD Breaks Above $255, What to Expect?