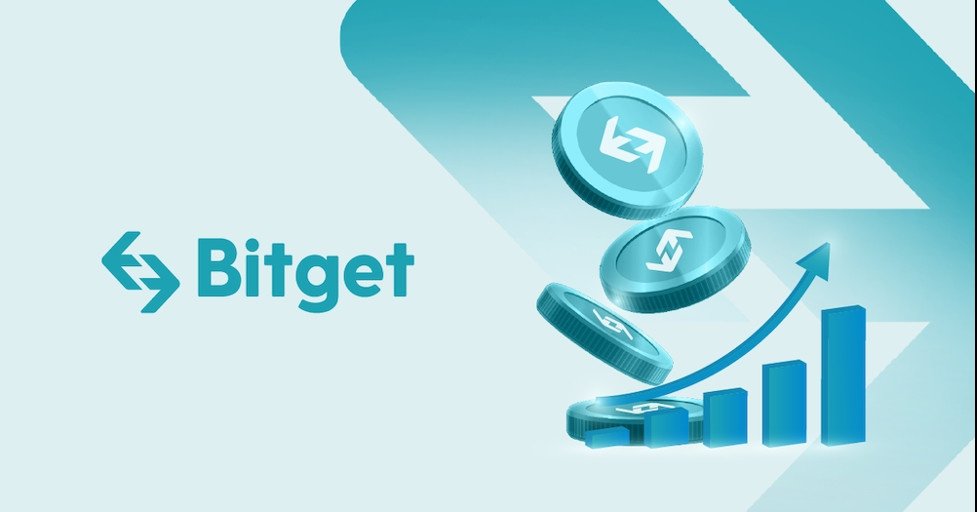 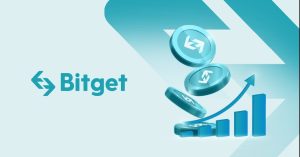 Bitget Token (BGB) coin has been performing extremely well over this year and has surged nearly 67% year-to-date, supported by Bitget’s status as an important player in the crypto industry, which is being enhanced by several collaborations. Bitget, which was founded in 2018, has made a name for itself in the cryptocurrency derivatives market over the past several years and constantly ranks among the top platforms for futures trading.

Bitget’s mission is to provide the best social trading environment possible. Since June, the team’s size has nearly tripled, from 450 to 900. Furthermore, the company has announced that the plan will be expanded to 1200 employees by Q1 2023.

But it was thought that the Bitget network’s steady growth was one of the main things that kept the Bitget Token (BGB) currency high.

Although the upticks in the Bitget Token seem to be fading as the bearish crypto market overshadows Bitget, the leading global cryptocurrency exchange, its latest partnership with Lionel Messi, which was seen as a major factor behind the Bitget upward rally,

Bitget, a leading worldwide cryptocurrency exchange, has launched a series of marketing efforts with Argentine football great Lionel Messi, including the release of a promotional film to commemorate the 2022 World Cup.

Bitget launched its relationship with Lionel Messi in late October with the first announcement campaign, “A Perfect 10,” which received a positive response from the general public, the Bitget community, and partners.

Messi says this about his collaboration with Bitget:

“I would like to thank Bitget for making me a part of the crypto trading social world with such an exciting campaign. I like Bitget’s brand film “make it count” concept of leading the vision and charting a new path within the industry. It’s important that everyone invest responsibly with protection, and it’s reassuring to see Bitget taking this seriously with a series of protection initiatives.”

Bitget has been focusing on bridging the gap between Web2 and Web3 through sports activities to increase crypto acceptance. Cryptocurrency acceptance has increased among investors in recent years, but there are still many uncertainties and FUD (fear, uncertainty, and doubt) among the general population.

Bitget token $BGB
Bitget is on a mission to inspire individuals to embrace crypto and connect with the future.
Bitget aims to be the portal that transcends Web2 and Web3, connects CeFi and DeFi, and bridges the vast web of crypto

Bitget has partnered with Juventus and, more recently, Lionel Messi, as well as esports powerhouse Team Spirit and the producers of top-tier international esports tournaments and events, PGL, to further raise acceptance and enhance public knowledge of cryptocurrencies. Therefore, these kinds of efforts by the Bitget network put a positive impact on its BGB token.

On the other hand, the upticks in the Bitget Token (BGB) coin were capped by the bearish crypto market, which was being pressured by the FTX’s bankruptcy saga. Bitcoin (BTC) and Ethereum (ETH), two of the most valuable cryptocurrencies, failed to break their barriers and remained trading at around $16,000 and $1,200, respectively.

Other well-known cryptocurrencies, including Dogecoin (DOGE), Litecoin (LTC), and Ripple (XRP), all ended up in the red. The global crypto market cap was $849.69 billion at the time of writing, down 1.33 percent over the previous 24 hours.

However, the reason for its downward rally might be attributed to a variety of variables, including FTX’s bankruptcy saga and the Fed’s signals for more interest rate hikes. The Federal Reserve of the United States (Fed) raised interest rates a little bit, but officials expect more increases in the coming year.

The Fed raised its key interest rate for the 7th time this year and is signaling more hikes to come. Though it's a smaller hike than its previous ones, the latest move will further heighten the costs of many loans — and the risk of a recession. https://t.co/K6z3YvkDe6

So, this was seen as an important part of keeping the digital market small.

Meanwhile, the FTX bankruptcy tragedy was viewed as another important reason for having a negative influence on the cryptocurrency market and contributing to losses in digital assets. The exchange declared bankruptcy on November 11 due to a lack of money.

Another key factor that capped further gains in the Bitget Token (BGB) coin was the recovering US dollar, which was being supported by the Fed’s hint about a further interest rate hike. The broad-based US dollar was slightly higher on Friday after registering significant gains the previous session, as investors digested a slew of central bank rate rises. Fed Chair Jerome Powell stated that policymakers expected US interest rates to increase and remain high for a longer period.

Top Coins Highlighted in the Highlights

The currencies on the list below are excellent additions to our portfolio, notwithstanding the market’s slowdown.

The newly released “move-to-earn” (M2E) coin, $FGHT, represents the future of health and fitness. FGHT serves as the access token for the Web 3.0 fitness program and gym chain, FightOut. The current price of the coin is $0.01665002 (60.06 = 1 USDT), and there is no minimum or maximum order size. 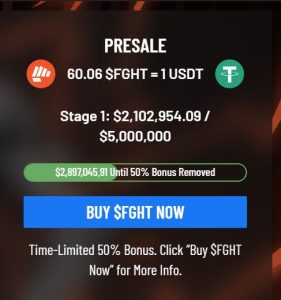 It is important to note that Statista projects the health and fitness industry to be worth $96 billion by 2022. However, the industry is stuck in the past, which is why the M2E app and gym chain FightOut are stepping in to help.

With an innovative and ambitious $100 million fundraising drive, the FightOut app and gym chain hopes to upend one of the world’s most lucrative and expanding industries.

Our #FightOut presale is still LIVE! 🙌

Don't miss the project that will change the fitness and #MoveToEarn industry forever! ⚡️

FightOut made over $1 million during its seven-day private auction in December and is presently gaining momentum during the first round of its public auction.

FightOut intends to enhance the prevailing Web 2.0 architecture while also addressing problems it has discovered with Web 3.0 Move-to-Earn as it is being implemented by programs like STEPN.

Dash 2 Trade is yet another new cryptocurrency that operates on the Ethereum blockchain and is intended to help you improve your cryptocurrency trading. It also helps you obtain a competitive advantage in the industry by providing you access to technical indicators and signals, as well as improved on-chain data and trading tactics. 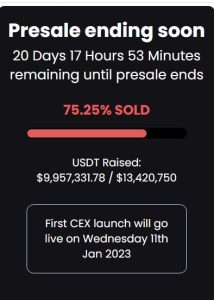 Investors have stayed faithful to cryptocurrency because it immediately offers vital crypto trading indications. Because of the huge demand, top-tier exchanges are ready to list the D2T token following the presale, and they anticipate a considerable amount of daily trading activity once the token becomes live.

RobotEra continually strives to give players higher-quality images than Decentraland and The Sandbox, as well as more exciting gameplay techniques and income potential. In addition to player-versus-player activities, RobotEra provides other ways for players to earn prizes as they explore and seek to heal Taro’s terrible environment. 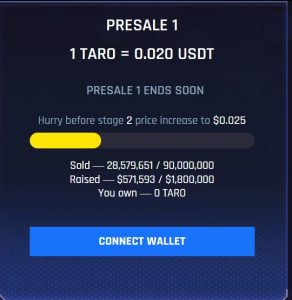 RobotEra also features a native token called TARO. Although digital asset owners can stake it to earn extra units, it is mostly used to buy and sell NFTs through the game’s in-app marketplace. This item is currently available for purchase through an inventor presale. TARO’s venture was a success, with a $557,000 presale.

RIA, a new play-to-earn combat card crypto game, might be a viable option. Calvaria aims to increase crypto acceptance by building a bridge between the real world and crypto, in the form of an entertaining and accessible crypto game. 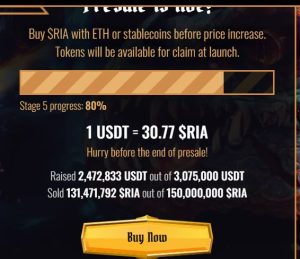 Investors must think about the RIA token pre-sale from Calvaria. Calvaria has already raised $2.44 million. Only 20% of the tokens are still available in the last phase of the presale. 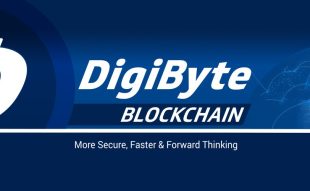 Join Our Telegram channel to stay up to date on breaking news coverage DigiByte ...