THORChain RUNE has made notable gains since the project announced its mainnet launch. Over the past 24 hours, RUNE has gained by around 4%, according to data from CoinGecko. The gains have been made despite the rest of the market showing signs of consolidation.

On Wednesday, the THORChain team announced the mainnet launch. The launch coincided with the “Rune in a Million Campaign” release on the Binance exchange. The campaign involves $1 million worth of RUNE to be given as rewards for users on the exchange.

After the announcement, RUNE gained by 16%, and it has since gone higher to trade at $2.32 at the time of writing. Over the past seven days, data from CoinGecko shows that the token has gained 34%. RUNE is among the tokens that have made massive losses this week, having lost 25% this month alone.

THORChain is a cross-chain platform that allows users to swap assets through liquidity pools across different networks, including Binance Smart Chain, Dogecoin, Bitcoin, and Ethereum. The exchange also allows people to trade synthetic assets that mimic the value of other assets.

The project says that it has processed over $3.7 billion worth of native on-chain swaps. The platform has around $299.7 million in total value locked (TVL). The launch of this mainnet has already been supported by some leading networks, including Binance, Coinspot, Swyftx, and KuCoin.

“Mainnet marks the achievement of a fully functional, feature-rich protocol with a large ecosystem and strong community. It has been a long time coming, and the community is very excited about this important milestone,” the announcement said.

The THORChain project is moving from the beta version known as “multichain Chaosnet.” The beta version was launched in April 2021. However, the issues with this version made it susceptible to several hacks during the past years.

The team said it had been active over the past four years to move from a fully centralized project to one that revolved around the community. The team noted that after this launch, the “network is solely controlled by 100 decentralized nodes.”

The launch of this mainnet does not provide any major changes to the protocol’s operations. Instead, it will solve the issue of bugs and boost network security and stability. It will also transform how the network is governed and how it is being adopted. 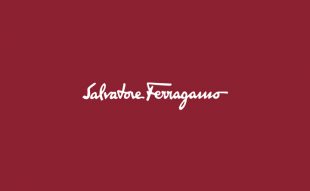