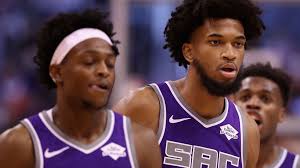 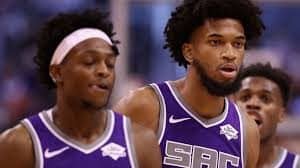 While they might not hold such an enviable position among their peers in the NBA when it comes to trophies won, the Sacramento Kings are known to be one of the most innovative, tech-forward teams in the entire league. Whether it’s the location of the team or the people who work there, this franchise has always been ahead of the curve with tech. However, like a lot of experiments, not everything always went right for the Kings in its bid to promote crypto culture in the league.

The Kings are known to be the very first NBA team to accept Bitcoin for payments, as they’ve provided support for the pioneer cryptocurrency since 2014. However, in a recent interview with news source Front Office Sports, Ryan Montoya, the team’s chief technology officer, outlined that the journey hasn’t been so smooth, as the crypto boom, which saw many investors smiling to the bank, actually hurt their adoption of the asset.

When the Kings started to provide support for Bitcoin in 2014, it was valued at $800. However, when the boom hit and the asset crossed the $1,000 threshold, Montoya admitted that Bitcoin sales were hit pretty badly.

“People from all over the world were buying Kings jerseys, tickets, different Kings gear. They were super excited that this team was accepting Bitcoin […] We even put a Bitcoin ATM in the arena. Then the Bitcoin price went up to $1,200 and they quit spending the Bitcoin,” he said.

Now that the asset had hit values crossing $8,000 (at least ten times its value when the Kings started working with it), the prospects of sales being at a satisfactory level are even bleaker. Still, the fact that the Bitcoin payment option is still available on the team website means that they’ve still not given up. As Montoya himself stated, there are still people who hold season tickets that they bought with Bitcoin. Also, that period where adoption surge served to show them that there is a future with digital currency.

Given the type of innovative business people who run the team, it is doubtful that they will stop providing Bitcoin as a payment option soon. “We have to be prepared and embrace it,” Montoya said. “We’re going to continue to deploy and do interesting things.”

As for the prospects of Bitcoin being able to infiltrate the NBA, there hasn’t been much success. Of the 30 teams in the NBA, only one other team in the league- the Dallas Mavericks- accepts Bitcoin apart from the Kings. The team, which is owned by billionaire investor Mark Cuban, began to accept the asset in August 2019. Cuban is known to have made his early millions dabbling in tech, and he has remained largely connected to the space as well. Perhaps that’s the key to getting crypto into the NBA, getting more tech-inclined people to run teams and make business decisions.

Bitcoin Mining is Dangerous. Just Not as Bad as It’s Been Made to Look

At this point, the effects that Bitcoin mining has had on the environment are ...