Do Kwon was born in South Korea in 1991 after and he graduated from Stanford University in June 2015. Following this, he went on to work for major Silicon Valley companies like Apple and Microsoft. He would return back to South Korea in 2015. It would seem that working for big tech wasn’t enough for Kwon, he wanted to be big tech itself, but in the crypto space.

Not long after Do Kwon Stumbled upon the Stablecoin project named ‘basis’, he became fascinated with the idea of stablecoins, seeing them as the future of finance. The idea was that 1 crypto token would always be 1 USD or also known as a peg, the tokens would become the digital dollar of the internet.

Start-up With Cracks Within the Team

In January of 2018, Do Kwon, with Co-founder Daniel Sim came up with the idea of Terraform Labs. Terraform initially received initial funding of $32M from prominent global funds, including Binance Labs, Polychain Capital, OKEx, Huobi Capital. More than 15 e-commerce companies in Asia joined to form Terra Alliance to provide exposure, including well-known names like Woowa Brothers, Carousell, Pomelo, TIKI and others.

But beneath the surface, cracks were coming up, and within one to two years, all the core people left, most with legal disputes, making Do Kwon as sole decision maker that would eventually be the reason for the collapse and a loss of $45B.

How did Terra Function, and How did it Malfunction?

TerraUSD (UST) was the centre of attention for Terraform blockchain, which should have always maintained an exchange rate of 1 Terra USD (UST) = 1 USD ($), but the system used another token, LUNA to soak up its volatility. One can buy UST on crypto exchanges or by exchanging LUNA within the system to keep it stable.

Financial incentives were in place to promote LUNA to UST exchanges within Terra. But the problem arose when UST started to fall on other exchanges, and unknown to that, the algorithm starts brings more and more LUNA in the system to keep up the peg which, when combined with people jumping to exchange UST with Stablecoins, which makes the prices fall lower which works for small dips, ending up in Death Spiral.

Yet there was another problem, the 20% interest rate was accompanied by unconditional withdrawal. Instead of a market-driven interest rate, Do Kwon wanted it to be fixed. Therefore, the company partially subsidised the $7M of interest withdrawals daily, leaving the system vulnerable to mass withdrawals.

On 9th May 2022, the one dollar peg pledged by LUNA on UST started to fall, the catastrophe began to kick off with a series of significant withdrawals, making it hard for the UST to maintain the peg. According to a news site specializing in digital currencies, Coindesk, the withdrawal amount was around $4B.

One wallet dumped $84M worth of UST on the Ethereum blockchain and another $108M on Binance Crypto Exchange, leading to speculations within the LUNAtic community that this was a coordinated attack. Before people could have anticipated, things worsened as UST fell from $90 to 80 cents.

The UST kept rolling down, accompanied by a steep dip LUNA. On 12th May 2022, LUNA crashed to a mark of virtually zero with UST at 40 cents, $45B of the market capitalization was wiped out in days.

When the dust settled, the damage that was done was at an unprecedented scale: one million dollars invested just a week before the crash was now at mere three dollars. People had their life savings wiped off and their lives ruined, with dreams of financial freedom being crushed. The Internet got filled with devastating stories of LUNA holders.

? We all know that the collapse of Do Kwon's fraudulent stablecoin, UST, left a wake of destruction & suffering. But what – precisely – happened? Here are some of the victims' stories. There are no accompanying words necessary from my end. Welcome to Do Kwon's legacy.

Twitter and other social media sites are filled with heart-wrenching stories from young people losing their homes and savings to people in their 40s or 50s who lost their insurance money and savings they accumulated their whole life.

What Lies Ahead for Do Kwon and Lunatics?

As of now, the Interpol has issued a red notice for Do Kwon on fraudulent charges of transferring $80M monthly from Terraform Labs to his private crypto wallet using Tornado cash. South Korean prosecutors have also requested two crypto exchanges – KuCoin and OKX – to freeze 3,313 Bitcoins, worth $67 million.

What has been probably the most surprising in all this is the amount of misinformation that gets spread.

There is no “cashout” as alleged, i havent used kucoin or okex in at least the last year, and no funds of tfl, lfg or any other entities have been frozen. https://t.co/E1cbKgoqQz

While Luna Foundation Guard (LFG), a Bitcoin reserve co-founded by Do Kwon is also hitting back at critics by refuting claims regarding alleged transfer of digital tokens to any unknown crypto wallet. 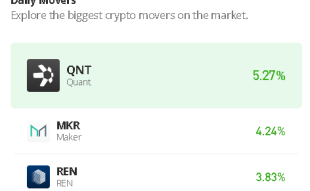