Homenewssouth korea leads the way by tripling crypto ownership since 2019

Cryptocurrency is still a contentious topic, despite its outstanding accomplishments. While some consider it “the future internet,” others consider it “evil.” Whatever the case, these crypto tokens are the most recent fintech innovations everyone is raving about. And as it turns out, South Koreans in their 20s and 30s are the trendsetters here as well.

Rise in the Number of Crypto Investors

The local publication further claims that data from Upbit users shows that investors are trading actively. 1,796,000 houses utilized Upbit exchanges in October 2020, but in October 2021, that number rose to 5,394,000, more than doubling from the year before.

According to the local media, young investors didn’t differentiate between domestic, foreign, and coin investments. The number of foreign stock accounts would have also increased by six times from 800,000 at the end of 2019 to 4.91 million by the end of 2021, according to data published by the Financial Supervisory Service in August 2022.

There was also a sharp rise in the number of foreign stock accounts, which grew from the 320,000 registered at the end of 2019 by more than eight times. The number has increased to 2.54 million by 2021’s conclusion.

Furthermore, the 2021 statistics show that 54% of cryptocurrency users in South Korea are men, and 46% are women. According to estimates from Forkast, 31% of South Korean traders are in their 30s, 27% are in their 40s, and a quarter is under the age of 20. Moreover, peer-to-peer Bitcoin trading in South Korea hit all-time highs in 2019 of 218 million Korean Won, proving the dominance of South Korea in the crypto world.

Starting trading as early as 2017, South Korea has long been accredited as Asia’s crypto hotspot. The country has seen a surge in cryptocurrency ownership in recent years, partly due to the presence of major crypto exchanges like CoinOne, Korbit, Upbit, Bithumb, and Gopax there. So much so that the Korean market accounts for about 30% of all cryptocurrency trading globally.

Although it is currently illegal to buy or sell cryptocurrency in the nation, recent political changes suggest that this may soon change. Yoon Suk-yeol, a pro-crypto politician, won the most recent presidential election in South Korea.

As a result, pro-crypto laws and policies are presently being proposed in the Korean political sphere, such as the possibility of ICOs/IEOS returning and the idea of more benevolent tax rules toward the selling and acquisition of cryptocurrencies. Cryptocurrencies might become the next K-pop sensation to rule the crypto world if they are made legal.

Given the continued high unemployment rate in South Korea, cryptocurrencies have grown in popularity as an investment choice among young people there. Long known as one of the first nations to embrace new technologies, South Korea’s culture encourages individuals to seize chances and adopt new technologies with open arms.

Due to the statelessness of cryptocurrencies, they are attractive to South Korean investors who are worried about the country’s political situation and the constant danger of its northern neighbor.

According to a piece in the online journal The Verge, “for young Koreans, cryptocurrency seems like a rare shot at prosperity.” The same article cites a 20-something writer who believes investing in cryptocurrencies is another way for a mainly homogeneous and educated workforce to set themselves apart from contemporaries.

Reasons Behind the Surge

The local publication attributes the problem to South Korea’s sudden rise in bitcoin investors. It revealed a notable increase in the amount of debt held by young people under 30 and the younger generation who had just taken out loans from at least three credit intermediaries. To put things in perspective, this amount is 30% more than recorded five years ago.

By the end of April 2022, the banking industry had 4.51 million debtors, totaling 598.8 trillion won in debt, according to another research by the Korea Financial Research Institute. Meanwhile, since the end of 2017, the number of multiple debtors has climbed by 8.3%, or 344,000. Likewise, the total amount of debt had increased by 22.1%.

Among young individuals under 30, the prevalence of multiple debts has also sharply increased. Over the preceding five years, debt levels have increased by 32.9%, reaching a total of 158.1 trillion won. The Korea Financial Services Agency claims that a flurry of stocks and digital asset investments before and during the pandemic, as well as cheap interest rates, was what drove the swift increase in different loans.

While the number of personal bankruptcies and the amount of debt owed by young people in South Korea are on the rise, cryptocurrency enthusiasts work hard to gain from the technology against the social norms.

Because of this, young South Koreans appear to be increasingly quitting their jobs and turning to cryptocurrencies to make money, much to their employers’ dismay. Many young South Koreans in their 20s and 30s are giving up low-paying jobs to pursue full-time day trading in cryptocurrencies. They aim to escape poverty and earn enough money to buy a house, a dream many young people worldwide think is unattainable. 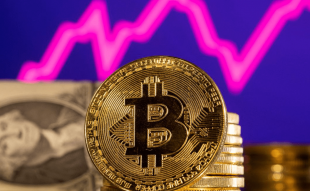