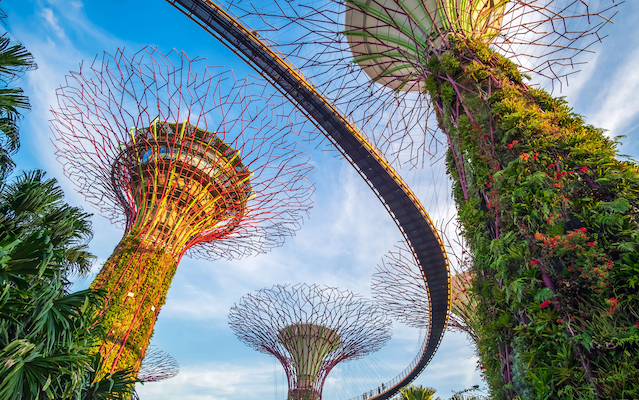 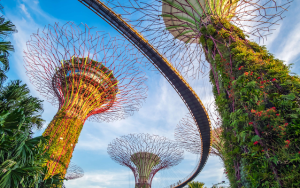 There was a time when it appeared that Singapore would emerge as a leading cryptocurrency hub.
Early on, the government had expressed interest in utilizing blockchain technology. This, along with the city state’s advantageous business climate, attracted companies that deal in digital assets and a growing investor community.

According to KPMG, industry investment in Singapore increased tenfold in 2021 compared to the prior year to $1.48 billion (£1.2 billion), accounting for nearly half of the Asia Pacific total for the year.
2022 was drastically different from 2021.

Many companies and crypto assets with ties to Singapore have imploded, setting off ripple effects and resulting in losses across the globe.

Then, in November, the US cryptocurrency exchange FTX spectacularly crashed due to a crippling liquidity shortage, causing billions to be lost in a matter of days. Sam Bankman-Fried, the founder of FTX, has since been accused by US authorities of committing “one of the largest financial frauds in US history.”

The FTX collapse was especially shocking for Singapore. Temasek, the country’s state investment fund, put $275 million into the exchange over a period of time.

Temasek says it will write off the money and is looking into the investment internally.

The fund has a value of over $295 billion, so the investment in FTX only accounts for a small portion of its public wealth holdings.

The loss, according to Singapore’s deputy prime minister and finance minister, hurt Singapore’s reputation.
“This is not mitigated by the fact that Sequoia Capital and BlackRock, two of the top global institutional investors, also invested in FTX,” said Lawrence Wong.

Nicole Yap, 26, claims that because so many significant corporations were supporting the exchange, she didn’t hesitate to invest in it. Although she has lost about $150,000 (£122,000), she believes that the user should not bear the full responsibility.

To say, “These companies are good, we have seen their books,” the government or the Securities and Exchange Commission (SEC), according to Ms. Yap, is required by regulation.

Cryptocurrency isn’t necessarily a scam just because there are many scams out there. However, users lack a platform to learn about these things. Influencers are limited to social media and cryptocurrencies.

People saying I should move:

Hope @MAS_sg recognizes the opportunity for Singapore to become a hub for the future of finance.

During the pandemic, Carol Lim began making cryptocurrency investments. The 52-year-old wanted to be financially secure enough to retire in the following few years.

Hodlenaut received support from the Monetary Authority of Singapore (MAS), which is why I invested with them. I actually lost about $55,000 in today’s money. All I can do is pray that I get some of it back.

Hodlenaut was one of a select group of businesses that received in-principle approval from Singapore’s central bank to offer digital payment services. When the lender was required to halt withdrawals due to market circumstances, the license approval was revoked.

“The fundamental issue is that regulators don’t always understand one another. They want to entice businesses to their area, but you have to regulate in a way that protects consumers “says Chainalysis CEO and co-founder Michael Gronager. Chainalysis specializes in blockchain analysis.

According to Mr. Gronager, regulators must choose between enforcing laws on the company (such as issuing them a license to operate in the nation) and limiting trading access to retail investors because consumers are now so globally distributed.

In Singapore, FTX lacked an operating permit. However, according to MAS, it is impossible to stop local users from using foreign service providers.

“We can expect to see fraud and quick money in the sector. We observe it in traditional industries of all kinds, as well as on the internet “Says Mr. Gronager.

Even before the FTX scandal, Singapore had begun to implement new regulations, cautioning that the technology could be erratic and speculative. It has been looking into several outlets operating in the island nation and earlier this year banned cryptocurrency advertising.

The biggest cryptocurrency exchange in the world, Binance, left Singapore last year after being listed on an investor alert list for soliciting clients without the necessary authorization and offering Singapore dollar trades.

As a result, the crackdown has drawn criticism from key figures in the industry, such as Brian Armstrong, co-founder and CEO of US-based cryptocurrency exchange platform Coinbase.

At the Singapore FinTech Festival in November, he said,

Singapore wants to be a hub for Web3 (a vision of the future of the internet that uses blockchains and cryptocurrencies), but at the same time says, ‘Oh, we’re not really going to allow retail trading or self-hosted wallets to be available.’

In his mind, “those two things are incompatible,” he continued.

With a focus on the commercial and administrative applications of blockchain technology, Singapore’s government claims it is still enthusiastic about cryptocurrencies and continues to want to establish itself as a hub for virtual assets.

It has promised to reduce risks by suggesting that retail investors take knowledge tests before being allowed to trade, and it has acknowledged that this could mean that companies that focus on the retail market may relocate to other jurisdictions.

“Platforms for cryptocurrencies may fail as a result of fraud, unviable business models, or excessive risk-taking. FTX is neither the first nor the last cryptocurrency platform to fail, “said Mr. Wong.

Cryptocurrency traders must be ready for their investments to lose all of their value. Regulations alone cannot eliminate this risk. 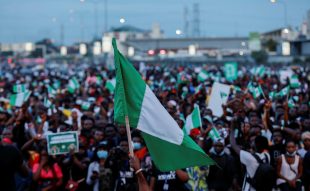 Join Our Telegram channel to stay up to date on breaking news coverage Nigeria ...