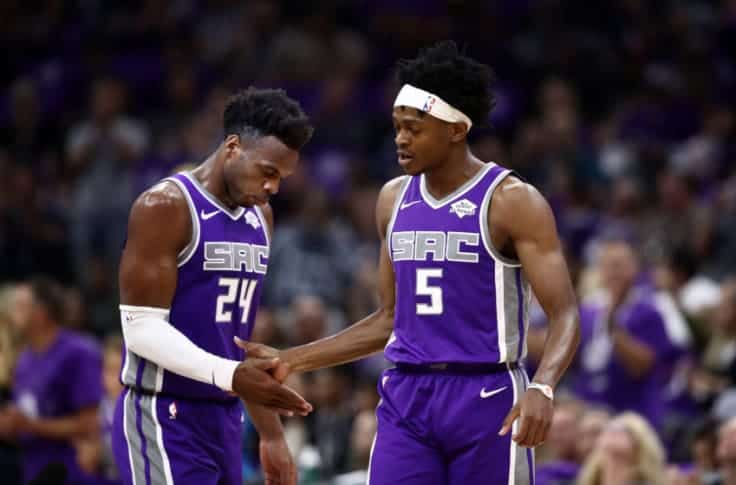 US professional basketball team Sacramento Kings is offering its staff and players the option of earning in Bitcoin. This was disclosed by the team’s Chairman, CEO, and Governor Vivek Ranadivé on popular social networking app, Clubhouse.

Ranadivé made this known in a room hosted by a club called the ‘Satoshi Roundtable.’ The room was headed by Tim Draper, a venture capitalist well-known in the industry for purchasing Bitcoin from the US Marshall’s auction in 2014, and co-hosted by Bruce Fenton, a prominent Bitcoin advocate, and investor.

The news first broke out on Twitter after a Clubhouse audience member, Neil Jacobs, tweeted what the Sacramento Kings owner said.

“I’m going to announce in the next few days that I’m going to offer everyone in the Kings organization, they can get paid as much of their salary in bitcoin as they want, including the players,” said Ranadivé, according to Jacobs.

The news has generated many opinions from crypto critics and enthusiasts. Most say that this move would strengthen the California NBA team’s long-standing claim to be one of the most pro-crypto teams in professional sports.

This is not the first time the sports team has innovated using blockchain tech. Sacramento Kings announced back in 2014 that they were open to receiving payments in Bitcoin for their team merchandise in partnership with payment processor BitPay.

It also started mining cryptocurrency in 2018 by setting up a program called MiningForGood that donates the funds to charity.

In 2019, Sacramento Kings went on to launch rewards tokens for fans. The token was called The Kings Token, and it was done in partnership with blockchain-based event ticketing platform Blockparty.

The recent use of crypto in sports has triggered the global expansion of sports and teams as cryptocurrencies are now widely adopted in the sports sector.

The Dallas Mavericks sports franchise owned by Mark Cuban is another NBA team using crypto as payments for tickets and sports merchandise.

Last month, Cuban announced that they would be accepting Dogecoin as payment for tickets and merchandise. Shortly after that, Cuban confirmed that they immediately received more than 20,000 Dogecoin transactions making the Mavericks the largest Dogecoin merchant in the world.

Before the Dogecoin announcement, Mavericks already allow Bitcoin payments for tickets and merchandise through a partnership made with BitPay in 2019.

Not only is crypto being used to allow fans to purchase tickets and merchandise and for clubs to pay players’ salaries and transfer fees recently, but it has also gained momentum in the NFT sector.

The NFT market for trading cards and collectibles is a multi-million dollar industry enabling fans to immortalize sporting moments in pictures and other various mediums.

The National Basketball Association (NBA) is a major player in the NFT space through its online digital collectibles marketplace, the NBA Top Shot. The NFT mania has become a good source of revenue for basketball teams, with the NBA reportedly closing deals over $500 million, according to The Verge.