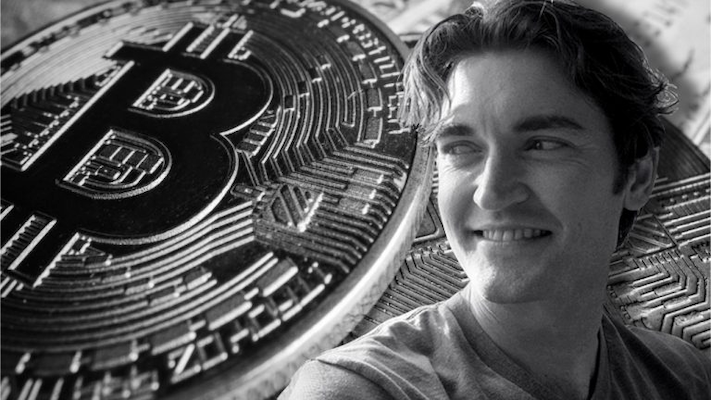 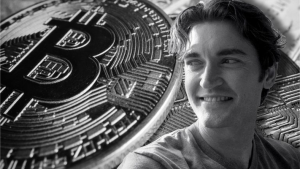 The owner and inventor of the Silk Road, one of the first online markets to use only bitcoin, Ross Ulbricht, was found guilty after a multi-week trial in Manhattan’s United States District Court for the Southern District of New York. Ulbricht was sentenced to life imprisonment.

Ulbricht received five sentences for those convictions: one for 20 years, one for 15 years, one for five, and two for life. Ulbricht is incarcerated for both offenses at the same time and is not eligible for parole.

The district court judge’s sentence of two life sentences plus forty years shocked the financial technology industry, where many believed the punishment was excessive for the offense. Ulbricht was convicted seven times, yet not once was he accused of acting violently. After 10 years, it seems that the U.S. government’s demand for a harsh punishment was motivated, at least in part, by a desire to support the U.S. dollar. Indeed, the state’s monopoly on violence, which in Ulbricht’s case took the form of sweeping prosecutorial authority, supports fiat.

Tor and Bitcoin use

It’s important to first consider the elements that went into Ulbricht’s sentencing. For three of Ulbricht’s convictions, a mandatory minimum term of 20 years was necessary, and a maximum sentence of seven years was imposed, in accordance with the appropriate U.S. sentencing standards. Ulbricht might have only received a 20-year term because the sentences can be carried out simultaneously. However, prosecutors in the Southern District of New York asked the court to “impose a long term, one substantially above the 20-year required minimum” in the U.S. government’s sentencing recommendation.

Why? Ulbricht’s involvement with drugs and narcotics, according to the U.S. Attorney for the Southern District of New York, led to the pursuit. “Make no mistake: Ulbricht was a drug dealer and criminal profiteer who exploited people’s addictions and contributed to the deaths of at least six young people,” he said after Ulbricht was sentenced.

But the U.S. Attorney also made a point to draw attention to Ulbricht’s deliberate operation of Silk Road as an online criminal marketplace designed to allow its users to buy and sell drugs and other unlawful products and services anonymously and outside the reach of law enforcement: The Bitcoin-based payment mechanism that Ulbricht incorporated into Silk Road served to assist the illicit trade done there, in part by masking the identities and locations of the individuals who were sending and receiving money through the website.

How much of Ulbricht’s sentence was influenced by his choice to use bitcoin? It’s challenging to say. Given that the criminal statutes Ulbricht was convicted under were applied to hold him accountable for the overall amount of drugs and narcotics exchanged on the Silk Road, Ulbricht’s sentence was expected to be severe from the start. The recommended beginning sentence is higher when there is more drug trafficking. However, it should be highlighted that this lenient definition of conspiracy has come under fire as an incorrect interpretation of the law.

In a typical conspiracy, all participants are aware of one another and concur that a multilateral crime will be committed. With the Silk Road, there wasn’t just one big multilateral agreement; rather, there were numerous unique bilateral agreements between the website and each individual vendor, or, to put it another way, numerous independent conspiracies. Leaving this misapplication aside, Ulbricht was accused of assisting in the distribution of more than 60,720 kilograms of cocaine, heroin, and meth by combining the agreements made between each user and the website into one significant criminal conspiracy.

From there, the sentencing judge added a number of sentencing enhancements, or aggravating circumstances that lengthen the suggested prison term in the U.S. sentencing guidelines chart, such as those relating to claims that Ulbricht paid for assassinations on the Silk Road (the sentencing judge found that “there is ample and unambiguous evidence that Ulbricht commissioned five murders as part of his efforts to protect his criminal enterprise.

Ulbricht’s attorneys had the opportunity to contest the admission of these claims at the sentence phase because they were not fully made during the conviction phase of the New York prosecution. However, the defense chose not to do so, which led to the admission of the murder-for-hire evidence as a significant aggravating circumstance.

Additionally, Bitcoin itself was listed as an aggravating factor. Because Ulbricht employed “advanced means,” his computer hacking charges were increased. The judge justified the enhancement by pointing to “the use of Tor which needed some sophistication, the bitcoin tumbler of course, [and] the use of stealth listings.”

Ulbricht’s prescribed jail term under the federal sentencing guidelines was enhanced as a result, reaching the maximum amount of life in prison twice.

Rivalry with the dollar

Many of Ulbricht’s defenders have argued that the prison term is excessive for the crime. They might be right. The sentence given to Ulbricht was significantly longer than the six-year federal sentence that is typical for narcotics traffickers. Ulbricht’s sentence was eight times harsher for committing a nonviolent crime for the first time than the punishment given to former Minneapolis Police Officer Derek Chauvin for fatally kneeling on George Floyd’s neck for nine and a half minutes. His life in prison without parole sentence is more in line with those given to serial murders, rapists, and child molesters.

It thus appears that Ulbricht’s extreme sentence is due, at least in part, to the U.S. government’s concern over Ulbricht’s use of bitcoin as the sole, pseudonymous payment system for the Silk Road. This is supported by an examination of the prosecutor’s statements, the judge’s decisions, the federal sentencing guidelines, and average sentences for other, more heinous crimes.

Put in the context of past aggressive prosecutions of alternative currency users and marketers, and it becomes evident that the U.S. government used its prosecutorial authorities generously against Ulbricht and the Silk Road to discourage competition to the dollar.
The National Organization for the Repeal of the Federal Reserve Act was founded by Bernard von NotHaus (NORFED). The Liberty Dollar, a private barter money system comprising coins and bills backed by particular weights of gold and silver, was developed by NotHaus’s organization.

Despite selling the Liberty Dollar as an alternative to the U.S. dollar rather than the real thing, NotHaus was detained and charged with conspiracy and counterfeiting in 2009. In a news statement denouncing the private barter money as “a special type of domestic terrorism,” the prosecutors demanded a sentence of 14 to 17 years for the septuagenarian (equivalent to a life sentence). Fortunately for NotHaus, sane judgment won out, and the judge gave him a fair sentence of six months of home detention.

The Financial Crimes Enforcement Network’s (FinCEN) rules were broken by Mark Hopkins, a “Doctor Bitcoin” and Bitcoin educator, who pled guilty to the allegations of selling bitcoin peer-to-peer without a “money transmitter’s license.” Hopkins, who is currently serving a sentence of six to fifteen months in federal prison, alleged that prosecutors threatened to charge his wife alongside him if he didn’t comply, pressuring him into taking the plea agreement.

These instances, notably Ulbricht’s, show that the American government doesn’t hesitate to use harsh legal measures to punish nonviolent transgressions against its currency. If they had not remained anonymous, one can only speculate on Satoshi Nakamoto’s fate. 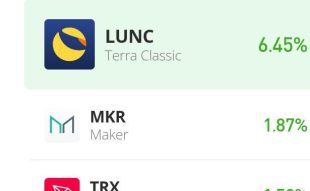