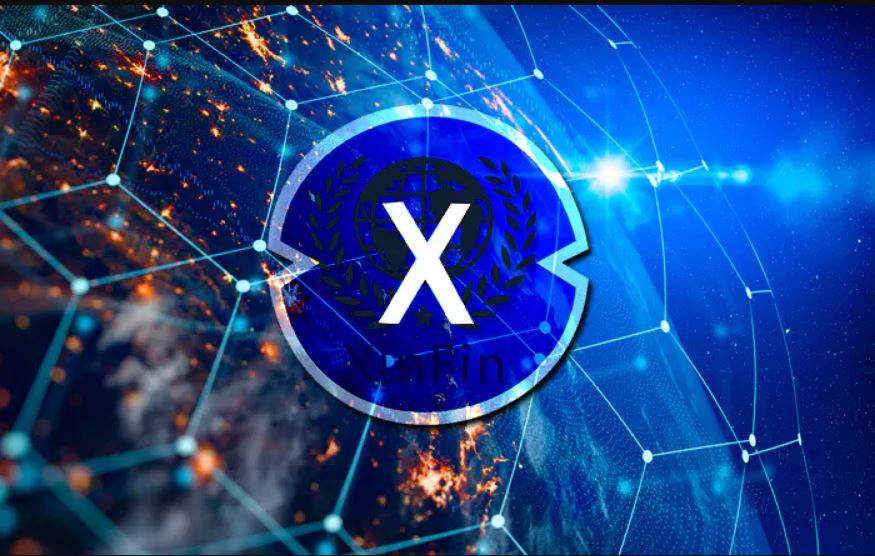 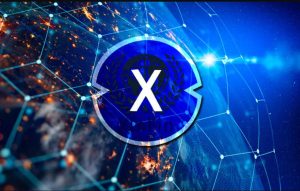 The XDC Network (XDC) coin has been gaining momentum and recovered about 26% in the past seven days. XDC has recorded success in recent days as it was being supported by the adoption and development-related news that seems to provide the XDC token access to more users.

It is worth mentioning that STASIS, the largest euro-backed stablecoin issuer, has deployed its EURS stablecoin on the XDC Network, allowing the XDC community to progress their crypto adventure into stablecoins. Moreover, the network took part in a 12-week liquidity mining campaign on the gate.io and KuCoin exchanges in order to help XDC Network in promoting decentralization and expand its community in the DeFi sector.

Hence, continuous improvements and modifications to the XDC Network were seen as major factors that positively impact the token.

On the other side, the global cryptocurrency market has been flashing red and stayed down on the day, which was considered one of the primary factors that hindered the XDC Network (XDC) token from gaining any more ground.

Stablecoin companies are using various approaches to promote the use of their products as many crypto enterprises battle to survive in the current bear market. As a result, people are continuously searching for trustworthy, transparent solutions to stay secure.

We will be covering this in detail on Today's LIVE

Tune in 5pm Central on YT

However, the action is intended to boost Web3 payments and promote the use of stablecoins within XDC. EURS is more than merely the first Euro stablecoin to be supported by the XDC network, according to the STASIS team. It is, however, a superior multichain digital asset, with faster transaction times, reduced costs, and guaranteed scalability.

Thus, the positive development was seen as one of the key factors that boosted the XDC network prices.

This XDC-based campaign is a critical effort by the XDC Network to unite vast communities to supply liquidity. A total of 36,000 USD are in the prize pool for the Hummingbot-XDC liquidity mining campaign. According to Hummingbot, as part of this promotion, users can receive weekly prizes of 30,941 XDC on a token pair. Additional awards consist of a bonus of 5000 Hummingbot Tokens (HBOT).

The creation and operation of high-frequency trading (HFT) crypto bots are made possible by the effective open-source software ecosystem known as Hummingbot. The platform is connected to prominent DEXs, such as UniSwap, dYdX, and PancakeSwap, and CEXs, including Binance, Coinbase, Kraken, and others.

This 12-week campaign, powered by Hummingbot, essentially helps XDC Network promote decentralization and grow its network in the DeFi industry. Hence, this was seen as a major factor that boosted the XDC coin prices.

In contrast, the global cryptocurrency market failed to reverse its prior negative rally and remained down on the day. Most popular altcoins, like Dogecoin (DOGE), Litecoin (LTC), and Solana (SOL), stayed in the red, while top currencies like Bitcoin (BTC) and Ethereum (ETH) continued to fall.

After the collapse of FTX, concern grew that Tether might be crypto's next weak point. Here’s why investors are nervous, and what regulators make of it https://t.co/pnZDROw7rm

Major cryptocurrencies experienced negative trading as the market cap of all cryptocurrencies fell by 1.45% to $800.17 billion on the day. So, the bearish crypto market was seen as a major reason why XDC coin prices couldn’t go up any further.

FGHT is a new “move-to-earn” (M2E) idea with the goal to elevate Web3 fitness to new extremes. The Fightout blockchain project combines all workout routines into the M2E market, allowing you to “train in the manner you wish and earn from it.” 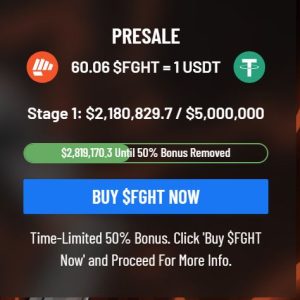 Basically, the platform serves as a bridge between the virtual and physical worlds by bringing M2E mechanics to physical gyms, setting it apart from other M2E platforms by allowing users to engage without the need for pricey NFTs.

Don’t miss out on your chance to be a part of something great!

Join the #FightOut presale and get up to 50% bonus when you buy $FGHT!

The network’s native cryptocurrency, FGHT, was made available for purchase during a presale at a price of $0.01665002 per token. It is included in our list of today’s greatest cryptocurrency gainers since it has just begun a presale that has already raised $2.13 million.

The @FightOut_ presale is now LIVE! 🔥#FightOut is a #MoveToEarn fitness app and gym chain that enables users to get rewarded for completing workouts and challenges!

Join the presale now and get up to a 50% bonus with $FGHT! 🙌https://t.co/uGF1IpevkC pic.twitter.com/Xyh9Qlze6o

FightOut is now expected to be one of the biggest pre-sale success stories of 2022. The 50% reward is only available until $5 million is raised, so act quickly to take advantage of it.

RobotEra, a new play-to-earn (P2E) blockchain platform that enables blockchain-based games, ownership of non-fungible tokens (NFTs), and the creation and monetization of metaverse land plots, is another token that is among our top gainers in cryptocurrencies today. The project was introduced in 2022, and as of this writing, the TARO native coin has raised approximately $575,000 during stage 1 of its presale.

Investors have the chance to become members of the global RobotEra community by taking part in the TARO presale. The price of each TARO is now $0.02, and the price is anticipated to rise to $0.025 in the second stage. In the third and final stage, TARO will increase by 60% and trade for $0.032.

💰 Don’t miss out on the $TARO presale!

With the #RobotEra presale, we are giving you a chance to become an integral part of our global crypto community 🤖🌎

The TARO token can be used by players to purchase and personalize robot NFT avatars. Other use cases involve buying and building on metaverse pieces of land to rebuild the devastated Taro planet.

Dash 2 Trade is the best of the biggest gainers right now. It gives investors a huge chance to make money and gives traders and investors a platform with a lot of benefits over the course of their trading or investing careers. 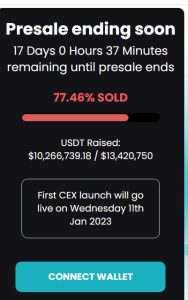 Dash 2 Trade is a cryptocurrency signaling platform featuring tools and features created to assist investors in crypto assets in making educated trading choices. It is owned and operated by Learn 2 Trade, an instructional platform introduced in 2017.

Join our community of 70,000 traders and invest in the D2T presale now.

The development team for Dash 2 Trade is working ahead of schedule, so the platform is almost ready for the beta launch. Dash 2 Trade, a cryptocurrency analytic and intelligence platform, is currently in the final stages of its presale after raising an incredible $500,000 only one day after going live.

The demand is increasing at the same time that Dash 2 Trade’s excitement continues to spread. More than 75% of the presale tokens have been sold, and the presale has already raised more than $10 million. Already planned for early 2023 is the token’s exchange listing. 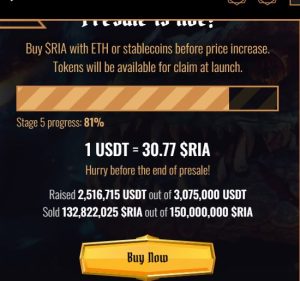 RIA is the default token for Calvaria: Duels of Eternity. The game is designed to assist traders in purchasing non-fungible token (NFT) trading cards and is set in a metaverse with an afterlife theme. Players can create battle plans that directly support them in winning fights. NFT purchases and other internal transactions are made possible using the platform’s native token, RIA. Users will be able to access all of the game’s features through the project’s free-to-play feature.

Only 13% of the tokens are still available in the fifth and final round of the RIA presale, which is now underway. The project team has raised a total of $2.47 million so far. Visit calvaria.io to join as RIA’s presale comes to an end. 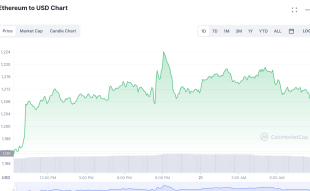 Here’s Why Ethereum Price May Reach The $2,000 Mark — But Calvaria is a More Profitable Alternative