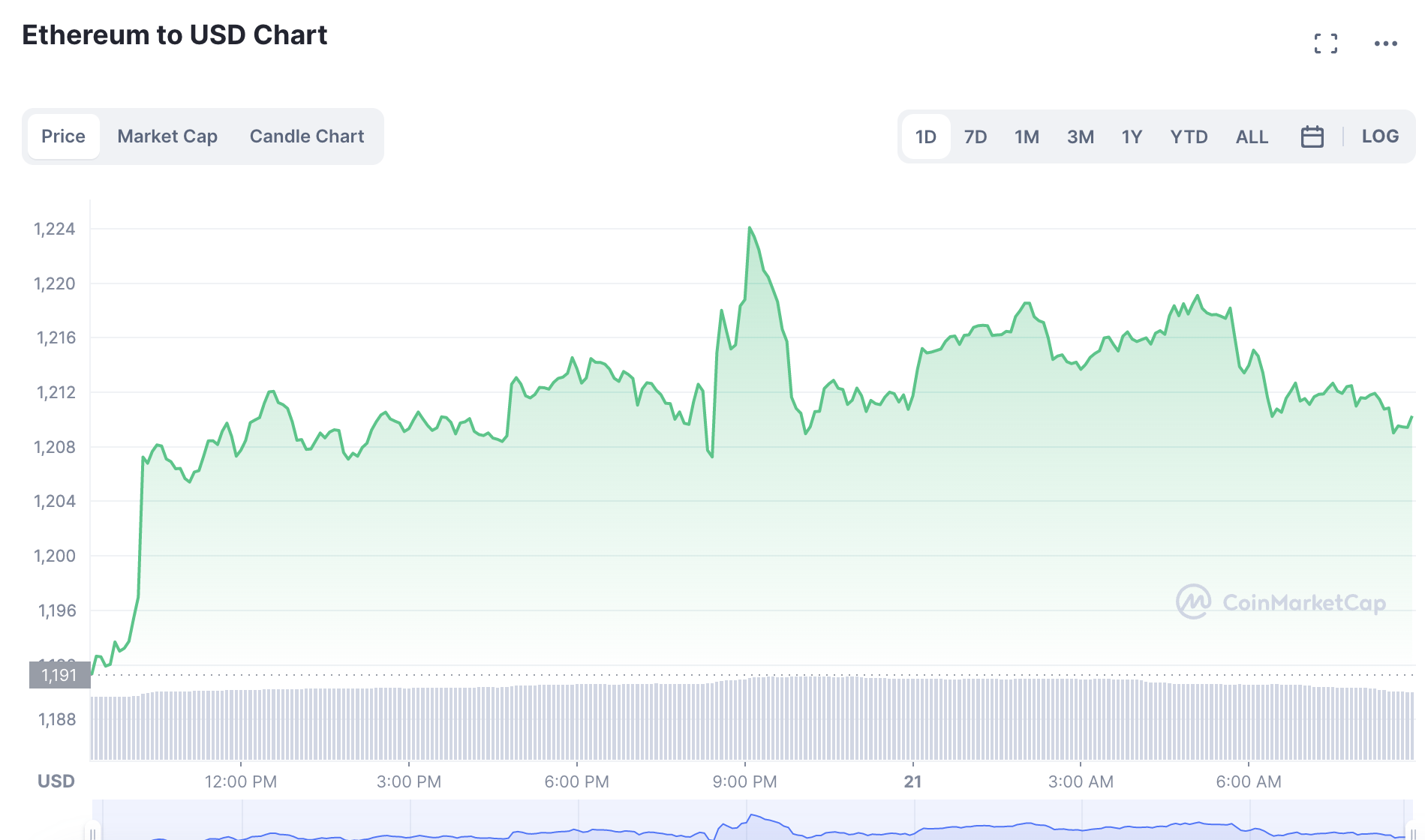 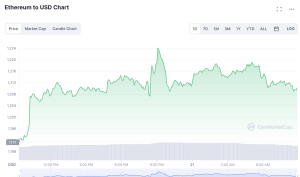 Most people think of Ethereum as just another cryptocurrency, but to those in the know, it’s so much more. Even though it had a poor first half of the year, some analysts believe it will recover and rise beyond $4,000 by the end of next year.

Since its inception in 2015, Ethereum has seen tremendous price appreciation. Ether, the cryptocurrency created by programmer Vitalik Buterin, has seen its value rise from $0.311 at its inception in 2015 to roughly $5,000 at its peak late last year, with significant price swings in between.

Ether’s price dropped significantly in November after the collapse of FTX, a cryptocurrency exchange that had been expanding rapidly and was once among the largest in the world.

There have been reverberations from FTX’s demise across the cryptocurrency market over the past month, and despite the bankruptcy filings of several other big cryptocurrency exchanges, such as BlockFi, prices have remained down. Since former FTX creator Sam Bankman-Fried was charged with fraud by the SEC earlier this week, the whole crypto sector is under increased regulatory scrutiny.

While there has been some price improvement, Ether is still quite expensive. Token prices had risen to roughly $1,700 just prior to FTX’s downfall, but they have since fallen in the wake of the company’s bankruptcy. Since the last couple of days, the price of Ether was still far below $1,300, reflecting a loss of almost 70% from its all-time peak in November 2021.

It is impossible to predict the future direction of prices, and analysts disagree on whether or not the ongoing FTX fallout will extend the current crypto winter. However, it is probable that all of these bankruptcies are deepening price lows this year.

Despite several setbacks, ether is still generating an ROI of roughly 300% per year. Since the summer of 2014, early investors have seen annual returns of approximately four times their initial investment.

Experts warn that due to the significant risk associated with investing in cryptocurrencies, you should never put off preparing for an emergency or paying off high-interest debt in order to acquire cryptocurrency.

To what extent, then, do industry professionals anticipate the price of ether to rise? Experts have made some optimistic price predictions for Ethereum until the end of the year, despite the cryptocurrency’s recent volatility.

Stick around till the end of this article to get a better understanding which directions is Ethereum’s price headed and whether Calvaria is a better alternative or not.

Experts’ Take on Which Way Ethereum’s Price Is Headed?

The consensus among Ethereum price predictions for 2023 is that it has a chance of rising beyond $4,000. To add to that, Bloomberg intelligence expert Mike McGlone, recently predicted that Ethereum’s price will end up being between $4,000 and $4,500.

If the same optimistic upsurge that started in the middle of 2021 persists, crypto news source Coinpedia forecast ETH may conclude 2022 at approximately $6,500. A negative fall in the crypto market in 2022, however, made it abundantly evident that the price of Ethereum would not climb on the strength of public opinion alone. In fact, Coinpedia has revised its end-of-year forecast down to $2000.

There is a chance that the price of ether may plummet below $500 or perhaps lower this year. Wendy O, who is an expert in the cryptocurrency sector, predicts that Ethereum’s price will fall to roughly $750 from its record high of $4,800.

On the other hand Kavita Gupta, who is a venture capitalist, has predicted that ETH might drop below $500 if the market sell-off continues.

Experts are keeping their fingers crossed that the update to Ethereum will make it more enticing and sustainable for mass usage, but they are also waiting to see how investors and firms building their software on Ethereum’s platform react to the changes.

Ethereum Needs To Win Investors Faith to Bounce Back

No matter what happens in the short term, investors need to witness increased demand and enhanced functionality for ether’s price to rise steadily over the long haul. While the Ethereum team prepares for the switch to second-generation upgrades, the blockchain now faces stiff competition from comparable platforms that are filling in its shortcomings.

Is Calvaria A Better Alternative?

The current competition is no match for Calvaria, which offers a plethora of advantages over the competition. None of Calvaria’s major rivals provides an in-game narrative mode, characters that are rendered in three dimensions, or the possibility to play without first linking a bitcoin wallet. Calvaria is the only significant competitor to offer all of these features.

Token holders of RIA will receive a certain number of votes in the DAO according to the amount of RIA they have staked.

To fuel its growth, Calvaria is holding a pre-sale of its RIA coin. Tokens for the final round of the presale are scarce, but the pre-sale has already been one of the most successful of 2022, having raised over $2.5 million in just a few weeks.

Many market watchers have praised the current token price of about $0.333. Quick action is necessary for investors, as there are a plethora of confirmed and upcoming listings on both centralized and decentralized exchanges in the first quarter of 2023.

Afterwards, a sequence of the in-game non-fungible token (NFT) drops will occur until Calvaria’s flagship game “Duels of Eternity” is released in the second quarter of 2023.

Companies like Gate.io, KuCoin, Polygon Studios, Chainplay, and XT.com have publicly stated their support for Calvaria. Numerous press outlets, including Cryptonews.com, Benzinga, Yahoo Finance, Yahoo News, and many more, have published positive articles on the initiative. Calvaria is offering a $100,000 prize, allowing investors a chance to win even more RIA, which may be an attractive feature.

How to Buy Calvaria’s (RIA) Token?

RIA tokens are readily available for purchase on the Calvaria website for any interested investors. To participate in the pre-sale, interested investors need to select “Buy now” on the official website. They’ll then be sent to a new page where they may link their MetaMask or another cryptocurrency wallet. They must then input the number of RIA tokens they desire to acquire before approving the transaction and pay the gas fees associated with the transaction in their cryptocurrency wallet and they are set! 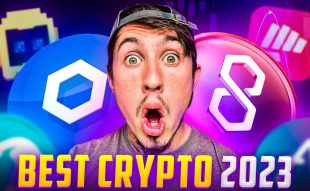 Best Cryptocurrency to Buy 2023 with Most Potential