RAD, the native cryptocurrency that powers the developer collaboration-focused peer-to-peer protocol Radicle, has seen a surge in trading volumes and volatility in the last few days. Last weekend, RAD/USD bounced from a key area of support in the form of its all-time lows around $1.40 and, in the space of a day, surged as much as 70% to hit monthly highs in the $2.35 area.

The move saw RAD flip all of its major moving averages, though the bullish momentum has since waned. RAD was last changing hands just under $1.75, above its 21 and 50-Day Moving Averages (both in the $1.60s), but below its 100 and 200DMAs (at $1.85 and $1.97), indicative of the fact that while short-term momentum has taken a turn for the better, there are still questions about the cryptocurrency’s longer-term momentum. As a result, price predictions remain mixed.

Price Prediction – Where Next For RAD?

RAD’s failure to muster a sustained breakout above its 200DMA also marked the cryptocurrency’s failure to break above a downtrend that has been in play going all the way back to last October when RAD printed record highs near $30 per token. The vicious 94% drawdown from record highs has seen RAD fail time and time again to get above this downtrend and the 200-Day Moving Averages.

But tests of the 200DMA have become more frequent in recent months and the pace of RAD’s decline has slowed. That, combined with the recent strong support RAD found when it recently tested record lows shows that buying pressure could be building. Bulls will be hoping that RAD might be able to muster a break above its 200DMA and longer-term downtrend in the weeks ahead.

Such a break could be the trigger for massive technical buying that could launch RAD towards the 23.6% Fibonacci retracement level from the record highs to record lows, which is just under $8.0. That would mark a stunning 360% rally from current levels.

However, against the backdrop of a cryptocurrency market that continues to struggle amid ongoing signals from the US Federal Reserve that it doesn’t want to ease back on its rate-hiking policy any time soon, projecting such gains may be a tad over-optimistic. Perhaps the recent failure to break above the downtrend and 200DMA actually signifies that, in all likelihood, another test of record lows in the $1.30s is on the cards.

Cryptocurrency markets have been struggling in recent weeks, leading some investors to consider diversifying their holdings with some assets that have a better chance of experiencing short-term gains. Here is a list of a few promising cryptocurrency projects that are currently conducting token presales.

The project aims to eventually acquire gyms across all of the world’s major cities, whilst simultaneously promoting an integrated web3 fitness experience. At the centre of FightOut’s digital ecosystem will be its smartphone application which, according to FightOut’s whitepaper, is scheduled for launch in Q2 2023.

FGHT is the token that powers the FightOut metaverse ecosystem. Users will pay to enter competitions and leagues with FGHT, and winning will be paid out in FGHT. FGHT can also be used in peer-to-peer fitness wagers. FightOut’s FGHT tokens are currently selling for 60.06 per 1 USDT, and interested investors are encouraged to move fast to secure their tokens, with the pre-sale having already raised over $2.25 million in just a few days. FGHT is the token that will power the FightOut crypto ecosystem.

Dash 2 Trade is currently conducting a token pre-sale at highly discounted rates and sales are approaching $10.5 million. The pre-sale dashboard is going to be released soon, with the development team currently running ahead of schedule. Tokens are currently selling for $0.0533 each and will be listed on multiple centralized exchanges in under one month. 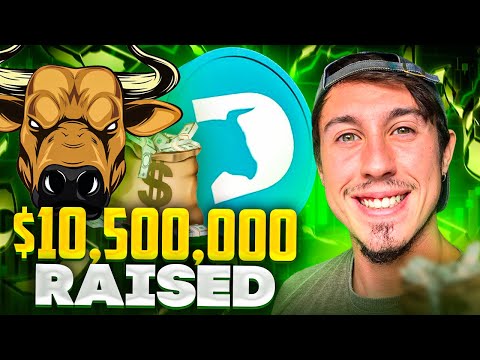 Decentralized, crypto-based metaverse “games” are likely to form a key part of the future crypto/gaming space as technological trends push us ever more into the digital space. RobotEra, a soon-to-be-launched robot/space-themed gaming metaverse that plans to incorporate a mixture of play-to-earn and player-versus-player games within its interactive world, could be a great bet, with the platform scheduled to launch in 2023.

Ahead of its launch, RobotEra is conducting a presale of the TARO token that will be used as an in-game currency. In the few weeks since its launch, RobotEra raised over $592,000. Tokens are currently being sold for $0.02, but that price will soon rise to $0.025, so interested investors should get in quickly. RobotEra also plans to begin sales of NFT robots that players can use within its metaverse soon. Investors who have already bagged themselves some TARO should stay tuned. 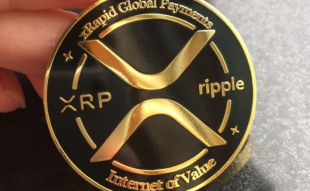