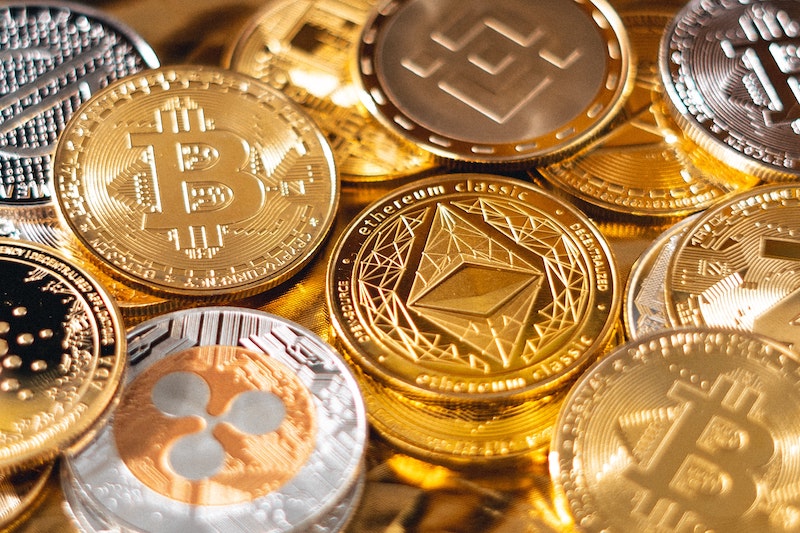 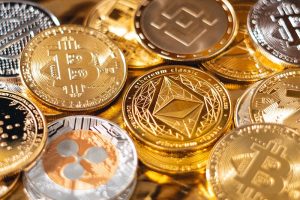 The broader cryptocurrency is slightly bullish with most cryptos flashing green as bulls fight to undo yesterday’s losses. The flagship cryptocurrency Bitcoin (BTC) has risen 0.18% in the last 24 hours to trade at $16,741. The now proof-of-stake (PoF) Ether (ETH) was up o.31% to $1,183. The global crypto market cap has risen 0.5% on the day to stand at $809.19 billion.

Even though these increases are too small to tell whether the market will rebound in the near term, some altcoins are showing upside potential with some performing well in presales with a possibility of delivering 20x gains in 2023.

Radicle (RAD) price soars 73% from lows around $1.37 to Saturday’s high above $2.37. It was not clear immediately why the RAD price pumped unexpectedly, with crypto Twitter trying to determine what was behind the rally.

As we are not on bull-run I'll place a lower risk/reward bet:

Crypt Stylo posted the above chart on Twitter pointing to a significant demand zone stretching from $1.4 to $1.9 as shown on the daily chart below. This is a significant buy zone for the token as market participants could remember that the Radicle price used it as a launchpad on July 26 and went on to rally 160%.

As such, increased buying pressure from the demand area could propel RAD higher with the first line of resistance coming from the 100-day simple moving average (SMA) at $1.9, embraced by the upper limit of the zone. Additional barriers would emerge from the 200-day SMA at the $2.0 psychological level and the $2.2 supply zone.

Clearing these hurdles would clear the way for the RAD bulls to make a run for Saturday’s high at $2.37.

On the downside, the moving averages and the relative strength index (RSI) were facing downward, an indication that the bulls are unable to sustain the higher levels. As such, a daily candlestick close below the 50-day SMA at $1.70 could see the price plunge to tag the lower limit of the demand zone at $1.37. Market participants could expect the Radicle price to take a breather here before making another attempt at a recovery.

Second among our biggest gainers today was the digital collateral token AMP. At the time of writing, the Amp price was trading at $0.0034 after escaping from the confines of a descending parallel channel on December 18. It was down 5.5% on the day after posting as much as 23% a day earlier.

Saturday’s bullish engulfing candle suggested that the bulls had entered the market. They will now attempt to push AMP over the $0.0035 psychological level to tag the 50-day SMA currently sitting at $0.0038.

Above this, the Amp price may rise to confront resistance from the 100-day SMA at $0.0044 and collect the liquidity above it before reaching the $0.00531 range high. Such a move would represent a 59% uptick from the current price.

Conversely, the bears may seek to stretch the ongoing correction in a move that could see the token tank below the $0.00334, embraced by the upper boundary of the channel. If this happens, AMP may continue to trade within the falling channel with a possibility of falling further to reach the lower boundary of the prevailing chart pattern at $0.00287.

Fightout is a new move-to-earn (M2E) project that is designed to take Web3 fitness to another level. The Fightout blockchain project integrates all fitness routines into the M2E economy, allowing you to “train the way you want and earn from it”.

The platform is unique from the other M2E platforms as users will not need expensive NFTs to get participate, bridging the gap between the virtual and real world by bringing the M2E in mechanics to real-world gyms.

FGHT is the native token of the network and has just been introduced as a presale at an affordable price of $0.01665002 per token.

It makes our list of biggest crypto gainers today because it has already raised $2.13 million in a private presale that started not long ago. Hurry up and take advantage of the 50% bonus that will end after $5 million is raised.

We reached another milestone – over $2M raised! 🔥

As it stands, FightOut is coming up as one of the greatest presale success stories of 2022. More is expected from the team in the year 2023.

Calvaria is a good presale to invest in if you want to diversify your crypto portfolio in the blockchain gaming sector. Calvaria is one of the best play-to-earn (P2E) cryptocurrencies for blockchain gaming enthusiasts. The native token for Calvaria: Duels of Eternity is RIA. The game, which takes place in a metaverse with an afterlife theme, aims to aid traders in buying non-fungible token (NFT) trading cards.

Players can build strategies to help them win battles directly. The platform’s native token, RIA, enables NFT purchases and other in-house transactions. The project will have a free-to-play feature where users can access all of the game’s features.

RIA is currently in presale and the project team has so far raised $2.47 million and is now in the fifth and final stage of the presale where only 13% of the tokens are left. As the presale for RIA concludes, go to calvaria.io to participate.

Dash 2 Trade is arguably the best among the biggest gainers today, presenting a massive opportunity as an investment and a platform that provides users with tremendous value throughout their life as traders or investors.

Dash 2 Trade is owned and powered by Learn 2 Trade, which:

✔️ Is an education platform established in 2017
✔️ Is extremely popular for crypto traders
✔️ Has over 60,000 existing members that have given it 4 stars on TrustPilot

The Dash 2 Trade platform is almost ready for the beta launch as the development team is ahead of schedule.

This crypto analytics and intelligence platform are in the final presale phase, having managed to raise an amazing $500,000 within just 24 hours of its presale going live. As the hype surrounding Dash 2 Trade continues to build, the demand is also growing. The presale has already raised more than $10 million, with more than 75% of the presale tokens being sold out. The token is already scheduled to list on exchanges in early 2023.

🔥 New exchange listing announcement! 🔥@ChangellyPro will list $D2T after the presale is over🚀

Another token among our biggest crypto gainers today is RobotEra, a new play-to-earn (P2E) blockchain platform that allows for blockchain-based gaming, non-fungible token (NFT) ownership, and building and monetizing metaverse land plots. The project was launched in 2022 and its native token TARO is still in stage 1 of its presale with over $575,000 raised so far.

Participating in the TARO presale presents investors with an opportunity to be part of the growing RobotEra community around the globe.

💰 Don’t miss out on the $TARO presale!

With the #RobotEra presale, we are giving you a chance to become an integral part of our global crypto community 🤖🌎

Players can use the TARO token to buy and customize robot NFT avatars. Other use cases include reconstructing the destroyed Taro planet by purchasing and building on metaverse plots of land. 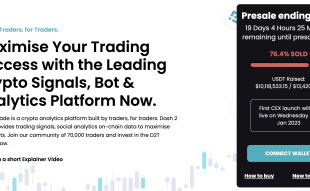 Join Our Telegram channel to stay up to date on breaking news coverage Presales ...