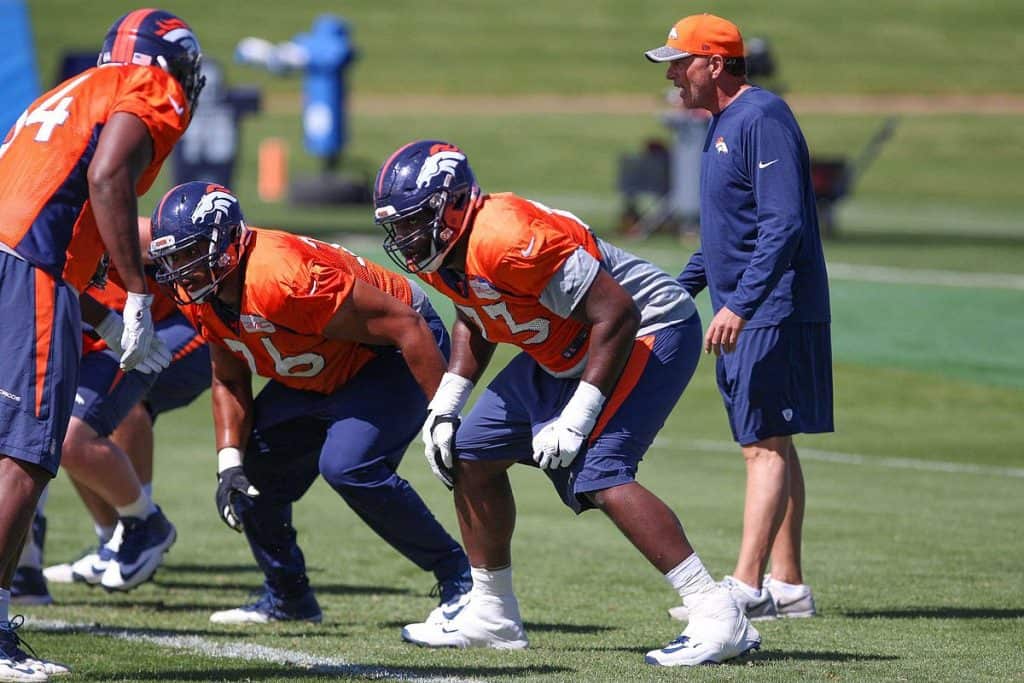 Cryptocurrencies are currently on the lips of a lot of people as crypto industry players push for the mainstream adoption of digital assets. News about crypto seems to have been amplified over the last few weeks as more prominent people and public figures are engaging in conversations about them.

Digital assets seem to have found their way into NFL circles through Russel Okung. The NFL star, through his tweets, said that he is starting conversations about Bitcoin among his teammates during their current training camp. Okung indicated that their first conversation at the camp was about Bitcoin.

The tweets by Okung are not the first time he has spoken in favor of Bitcoin. Earlier this year in May, Okung tweeted “pay me in Bitcoin”. There are also reports that Buffalo Bills quarterback, Matt Barkley, also asked to be paid in Bitcoin. NFL players would receive the equivalent of their salaries through Bitcoin wallets if that option is explored. The size of the wage gap between NFL players could be addressed through Bitcoin payment.

Pay me in Bitcoin.

Enabling Bitcoin payments in the NFL

At this point, the NFL has declined to make payments to players using Bitcoin or any other cryptocurrency. The NFL league has been a fertile breeding ground for conversations about cryptocurrency and players have been proponents for the cause. Recently, Litecoin announced that they became the official cryptocurrency of the Miami Dolphins. Fans who engage in crypto trading and buy Litecoin (LTC) can buy 50/50 raffle tickets using Litecoin or Bitcoin.

We are excited to announce Litecoin as the Official Cryptocurrency of the Miami Dolphins! 🏈

Litecoin Foundation is partnering with @MiamiDolphins and @AliantPayment to allow NFL fans to #PayWithLitecoin.

Showing interest and initiative, the NFL Players Association (NFLPA) bought a minority stake in blockchain startup Sportscaster. The blockchain startup owns FanChain, a platform that allows its members to provide content and live streams and therefore, creating an alternative form of revenue.

The chiming in of public figures such as Okung could be the trigger cryptocurrency needs to achieve mainstream adoption. The NFL star went on from his initial tweet about the Bitcoin conversation to asking for suggestions on how he could convince other athletes to adopt cryptocurrency.

Having popular individuals such as NFL players tweet as such about Bitcoin and cryptocurrency is a positive sign for the industry as a whole. Bitcoin trading could be boosted due to raised awareness and the conversations generated around these digital assets.