NEXO, the utility token of cryptocurrency lending/trading platform Nexo, was last trading higher by close to 4.0% on Friday, making it one of the best-performing cryptocurrencies in the top 100 by market capitalization. NEXO/USD was last changing hands in the $0.73 per token area, just under 5% below earlier weekly highs, but still up around 21% versus last month’s lows just above $0.60.

Resistance in the $0.77-80 area, which includes a series of recent lows and highs and the cryptocurrency’s 100 and 200-Day Moving Averages (DMA) is holding firm for now. The bulls will be hoping that an upside break could be the trigger for a push towards $1.0 and a retest of the November highs in the $1.05 area.

Price Prediction – Where Next for NEXO?

But with so much FUD (fear, uncertainty and doubt) regarding centralized cryptocurrency exchanges still doing the rounds in wake of the abrupt collapse of Sam Bankman-Fried’s FTX exchange in November, it’s unlikely that the token of a cryptocurrency exchange/lending platform can perform super well in this environment.

That suggests NEXO might well find resistance again if it tries to retest the $0.77-80 area and end up retesting support around $0.60 soon. A break below $0.60 would open the door to a swift drop back to the $0.55 level, which is the earlier annual lows.

NEXO continues to perform well despite fellow crypto lending/trading platform Vauld’s again rejecting a takeover offer from Nexo, with Vauld this time citing concerns about Nexo’s financial health. According to a real-time attestation of Nexo’s balance sheet courtesy of Armanino, Nexo’s collateral ratio remains in excess of 100% of the 134,436 BTC worth of assets on the exchange.

Last summer, Vauld paused withdrawals and asked for a moratorium in Singapore to protect it from creditors. Nexo has been attempting to buy the firm ever since, with the latest offer being tendered on the 26th of December.

But Vauld seems to doubt that Nexo has the required financial muscle. Reportedly, a Vauld creditor said they require further proof of Nexo’s solvency and for Nexo to provide evidence that it can fill the $400 million hole on Vauld’s balance sheet. Vauld reportedly fears getting caught up in a second liquidity crisis.

Vauld has given Nexo until the 6th of January (today) to respond. Vauld has until the 20th to finalize its restructuring plans.

Tensions between crypto lenders Nexo and Vauld have risen fast as both companies face the steep downturn in the digital asset market https://t.co/6vzwF7fYkU

With cryptocurrency markets generally having performed poorly in recent weeks, investors might be looking to diversify their holdings with the discounted presale tokens of some promising, up-and-coming crypto projects. Here is a list of a few that analysts at InsideBitcoins think have the potential to perform well.

FGHT can also be used in peer-to-peer fitness wagers. FightOut’s FGHT tokens are currently selling for 60.06 per 1 USDT, and interested investors are encouraged to move fast to secure their tokens, with the pre-sale having already raised over $2.28 million in just a few days. FGHT is the token that will power the FightOut crypto ecosystem.

Those interested in investing in a promising crypto trading platform start-up should look no further than Dash 2 Trade. The up-and-coming analytics and social trading platform hopes to take the crypto trading space by storm with a host of unique features. These include trading signals, social sentiment and on-chain indicators, a pre-sale token scoring system, a token listing alert system and a strategy back-testing tool.

Dash 2 Trade’s ecosystem will be powered by the D2T token, which users will need to buy and hold in order to access the platform’s features. Dash 2 Trade is currently conducting a token presale that was originally supposed to have ended a few days ago, but has been continued due to massive token demand.

The raise total recently surpassed a massive $13.7 million, with the token set to be listed on its first centralized cryptocurrency exchange in just four days. Investors should thus move quickly to secure tokens before the volatility begins. Tokens are currently selling for $0.0533 each.

C+Charge has just started its pre-sale of the CCHG token that its platform will use to pay at EV charging stations. Tokens are currently selling for $0.013 each, though by the end of the presale this will have risen by 80%. Thus, investors interested in getting in early on a promising environmentally friendly cryptocurrency project should move fast. 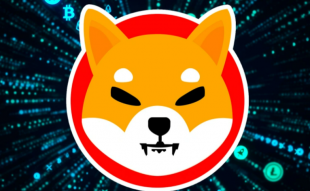