While the bear market continues, NEAR Protocol, a Layer 1 blockchain has gained over 80% since June 2021. It is currently trading with a bullish bias after the bulls recovered the market from the bears’ grip on the morning of the New Year to raise NEAR protocol price over 25% in 2023.

Near Protocol is a Layer 1 blockchain designed as a community-run cloud computing platform. The native token of the decentralized app is NEAR, which has a circulating supply of 844,123,352 tokens and a maximum supply of 1,000,000,000 NEAR coins. The Near Protocol is the brainchild of Erik Trautman, an entrepreneur and founder at Viking Education with experience on Wall Street.

From the website, the Near Protocol was designed to create an ecosystem “secure enough to manage high-value assets like money or identity and capable of making them useful for everyday people.”

The project boasts of a wide range of technological features that distinguish Near Protocol from competitors such as Doomslug, a consensus mechanism that expedites transactions, and Nightshade, a form of sharding system.

Although the project was impacted by the gloomy sentiment in the crypto market, it has managed to remain afloat, recording almost 20% in seven days and over 20% in two weeks, among other achievements.

Just a sprinkling of what you achieved in 2022:

Thank you. Each and every one of you.

We can’t wait to deliver the promises of #Web3. Together. pic.twitter.com/TvJk2l6Ug8

Nevertheless, the token has lost more than 90% year-to-date, according to CoinGecko.

Near Protocol Making Refinements To The Grants Process

The NEAR Foundation has announced plans to revamp its evolving funding strategy, a move that conforms to the Foundation’s goal of providing a clear and concise update to continue to foster transparent communication.

The @NEARFoundation is making important refinements to the #NEAR Grants Process.

In this regard, the NEAR Foundation has doubled down on its efforts towards a more decentralized model of capital allocation that will initially involve the DeveloperDAO, MarketingDAO, and CreativesDAO, with an additional DAO that will begin formation in Q1 of 2023. This is expected to influence the ecosystem positively, according to an official company blog.

Besides the ecosystem revamp, Near Protocol has also committed to growing the ecosystem in 2023 through value-adding partnerships to push boundaries and support projects that will enhance and empower a prosperous NEAR ecosystem.

"In 2023, the #NEAR community can expect even more partnerships that push boundaries and support projects that will enhance and empower a prosperous NEAR ecosystem"

Oh, and @NEARFoundation might just change the game with an early-stage accelerator. nbd. https://t.co/NiwI2KhTcz pic.twitter.com/HdMz2tdy5O

The partnership will also bolster the foundation’s move to champion Web3 as a catalyst for change. This is in addition to environmental sustainability as a carbon-neutral blockchain.

With the foundation maintaining an active presence on the giant social media platform, Twitter, and the NEAR community following closely, the recent NEAR price uptrend can be attributed to the hype following the recent positive communications from the ecosystem.

Will Near Protocol Price Sustain The Uptrend?

Near Protocol price had been trading within a wide range stretching from$1.22 to $1.85 since mid-November 2022, as the bulls and bears battled to dominate the market. With every push the bulls made, their efforts were countered with an almost equal force, pulling and keeping NEAR price under $1.85.

On January 1, 2023, bulls took over the market and have since been leading with the NEAR price flashing green every single day as shown on the daily chart below. Investors are now wondering whether the bulls will be able to sustain the momentum.

The current NEAR price at $1.56 is sitting on the 50-day Simple Moving Average (SMA) at $1.53, which had been a key hurdle for the Near Protocol for many trading sessions. Currently, however, the bulls are trying to flip it into support and potentially use it to target higher levels.

If they succeed, it would open the path for them to target higher levels for the NEAR price, starting with the immediate resistance at the $1.6 psychological level, the seller congestion zone at $1.71, the $1.85 resistance level, followed by the critical barrier offered by the 100-day SMA at $2.26.

In highly ambitious cases, increased buying pressure could see a reclamation of the 100-day support level opening the way for a rise to $3.22, where the 200-day SMA sat. This would mean a 105% increase from the current price.

Also validating the Near Protocol’s bullish thesis was the increase in total value locked (TVL) on the network. According to data from DeFiLlama, the blockchain’s TVL is approximately $74 million, a notable increase from what it recorded in December.

It signifies that investor interest is increasing and positively influencing both the Near Protocol price and the crypto market in its entirety.

The momentum technical indicators favored the upside as both the relative strength index (RSI) and moving average convergence divergence (MACD) indicators were pointing upwards, a sign that bulls were in control of the price. Note that NEAR’s upward trajectory will gain more traction as the MACD crosses the midline into the positive region.

On the other hand, if buying pressure reduces and the buyers lose the support offered by the 50-day, the bears would take over the NEAR price, sending the token down past key levels first toward the $1.22 support floor and later to retest the $1.0 psychological level. The last time the NEAR price was close to this level was on December 19, last year, and recovering from the dip was a daunting task for NEAR bulls.

Other Projects To Consider in 2023

There is no second thought to the fact that the crypto market in the past year was discouraging. However, these two projects are ready to provide the best gains in the market. They are the next best project to watch out for in 2023, and it would be best not to miss out on this great crypto before they get listed on crypto exchanges. Therefore, take advantage of their low pricing in their ongoing presale events now!

Dash 2 Trade has showcased a stunning presale that is only hours to its end. The climatic end of the remarkable presale event should not leave you out. So far the project has raised more than $11.5 million and as the presale event comes to a close, Dash 2 Trade will set its sights on exchange listings and launch its product in the crypto space for users and traders to utilize.

Dash 2 Trade will be listed on https://t.co/HValaleQCo 🚀

It then makes it an excellent time to purchase D2T tokens in this final presale stage, thus setting you up for impressive gains in 2023 and beyond. The Dash 2 Trade team has so far raised more than $13.5 million with less than 2 days left in the presale.

The crypto market is hotter than ever now as the presale of a highly appealing project, Calvaria (Duels of Eternity), approaches the end. The presale raised $2.64 million so far, which means that around 15% of tokens allocated to the presale are left until the end!

Given that the concept that the Calvaria platform is revealing is not only inclusive but also versatile, there is no doubt that the investors will keep grabbing the RIA tokens quickly to close the presale in no time!

The hype on Twitter about this project also points to investor eagerness for the Calvaria features to go live so they can start exploring the depths of this universe. The fact that the players can leverage all the resources available to find the right strategy for them makes Calvaria a highly interesting game to play.

To be among the players that will get a chance to enjoy Calvaria, be sure to get your $RIA tokens before the presale ends, after which the price is expected to explode upon initial listings!

The ongoing RIA presale has raised more than $2.65 million with only $440,000 worth of the Calvaria left for grabs. Once the presale is over, RIA will be listed on exchanges such as BKex IEO

Do not miss out for any reason! 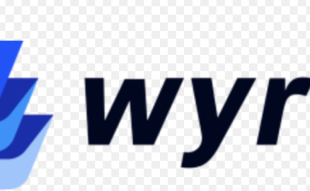