Crypto Payments Company Wyre CEO Loannis Giannaros has downplayed claims that his company is planning to shut down operations this month, according to a report by Axios.

The rumor followed an alleged email that the CEO sent to his employees telling them that he is liquidating the company, alongside plans to terminate the services this month. Giannaros deflated claims of a shutdown in a subsequent email that read:

We’re still operating but will be scaling back to plan our next steps.

Michael Staib, formerly the technical engineer at Wyre, posted on his LinkedIn profile on December 31, 2022, saying:

Noteworthy, the employees have been granted anonymity as the company has not authorized them to speak about the matter.

Giannaros has not commented about the claims of his alleged former employees, with one of them disclosing that the company has not “yet” offered a severance package. Nevertheless, several news sites have reached out to the crypto payments firm for comment.

Cryptocurrency Payments Company Wyre is 10 years old this year and had a $1.5 billion price tag at its peak- at least, which was the price agreed for its acquisition by American checkout and shopper network company Bolt on April 2022, five months before the deal was discarded in September.

Despite the Wyre-Bolt deal being scrapped, the two firms agreed to remain in the partnership with the belief that operating as independent organizations while remaining partners will allow them to focus on their respective core competencies to deliver value to customers.

Wyre and Bolt also signed “a commercial agreement […] to implement Wyre’s one-click solution for the Bolt customer platform.” The deal was supposed to be executed in cash and stock, but investors were wary of Bolt’s lofty $11 billion valuation amid a broader fintech selloff and rising doubts about the health of the one-click-checkout business model.

After the deal fell through, one of Wyre’s founders, Michael Dunworth relinquished his position from the company, receiving 12.5% of his holdings at the company soon after tech platform Bolt failed to acquire the firm in September 2022. In a statement by Dunworth, the ex-executive said that crypto market volatility and general market conditions in tech were the main reasons for the deal falling through.

My understanding is that Wyre could be shutting down, or could have some balance sheet issues.

They were supposed to be acquired by Bolt for $1.5 billion, but that deal was called off in September.

Noah had sent an email to Wyre some months back asking about their Yield product — largely because Wyre+Yield was used by a bunch of small CeDeFi and fintech apps. According to the fintech writer, their response insinuated that Wyre+Yield had been closed for months, but some apps were still using it for their treasury.

Ether Capital, which owns a minority equity interest in Wyre, said that it would assess the fair market value as part of its Q3 financial statements. Wyre is considered a non-core, portfolio investment by Ether Capital.

The failed acquisition would have been colossal because the $1.5 billion valuation merited as one of the biggest non-SPAC deals. Wyre’s decision to shut down operations may be a sign of an extended crypto winter, as the news comes while the market is at the brink of toppling over, and investors are desperate for a stark resuscitation to salvage their investments.

The year 2022 was catastrophic for the crypto industry after the collapse of the Terra network and cryptocurrency exchange FTX. The broader market downturn, coupled with the crash in the crypto activity, triggered a shakeout among some companies that were barely surviving. The market decline also saw a lot of other crypto firms letting members of their workforce go.

Employee Retrenchments Across The Crypto Winter

The crypto industry remains uneasy about the possibility of further retrenchments in the wake of the current crypto winter. The industry plummeted in the aftermath of the Terra network debacle in May last year, entering a sustained bear market that compelled many reputed companies to reduce their workforce significantly.

Before the alleged staff cut-offs at Wyre, other firms have also actualized mass employee retrenchments in the past year as a ripple effect from the collapse of crypto exchange FTX. They include Bybit, Swytfx, and Koinly, while cryptocurrency exchanges Coinbase and Crypto.com have done multiple rounds of layoffs since the summer.

Though the bearish loop is showing signs of persistence, investors are hoping for a recovery. Nonetheless, the latest update of Wyre closing down will destabilize the lingering hopes of many, as others that are already hopeless in the market justify their decision to move on and look away from the cryptocurrency market.

Wyre is the brainchild of Michael Dunworth and Loannis Giannaros who founded the company in 2013 before generating a stunning sum of $29.1 million after nine rounds of funding, according to data retrieved from Crunchbase. During the exceptional journey, Wyre partnered with renowned investors like Pantera Capital, Stellar Development Foundation, and Amphora Capital.

Ether Capital is a public technology company with a long-term goal to become a central business and investment hub for the Ethereum ecosystem. Accordingly, most of the company’s balance sheet is invested in Ethereum’s native utility token “Ether” as a core strategic asset and yield-generating instrument. 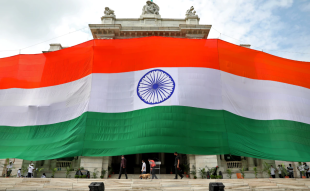 Indians Shifted Close To $4 Billion In Crypto Out Of The Country In 2022 – Where Did It Go?