The best Move-to-Earn (ME) presale is selling out fast, as investors scoop up Fight Out in droves. Investors have a limited chance to get FGHT tokens, with $3,150,687 raised so far. In less than two days, Fight Out’s presale price will be increasing in intervals of 12 hours until it hits the finish line on March 31.

FGHT is the token powering Fight Out’s move-to-earn ecosystem. Investors are spending $0.0166 on every FGHT token, but they must hurry before the price moves a step higher. According to the Fight Out team, the price will keep increasing in 12-hour intervals during the second stage – such that FGHT will be valued at $0.0333 by March 31, ahead of the first exchange listing.

Analysts are already predicting that Fight Out will be the best-performing presale in 2023, with the ability to see a 10x price pump on listing exchanges for the first time. According to recently confirmed communication, Fight Out will kick off its trading on LBank Exchange on March 5, followed by a second listing on BitForex – on March 6.

The listings on the two exchanges will see FGHT debut as a tradable asset, however, the team has promised to secure more platforms as the presale continues.

What Is Fight Out

Fight Out is a new Web3 platform to lower the barriers to entry for people interested in leading healthy lifestyles. The platform is so revolutionary that its mobile application will record the user’s daily workouts and exercises, in addition to tapping digital avatars for use in the metaverse.

Every user in the ecosystem has a “soulbound” avatar that virtually mirrors his/her fitness and health achievements in the real world. Fight Out will be the first move-to-earn crypto project to tap into the metaverse, ensuring dynamic human interactions.

The mobile application is the user’s companion to becoming ‘fighting fit’ but it does so much more like monitoring and tracking fitness routines and programs. Fight Out stands out from other M2E platforms for running a chain of gyms around the world.

These gyms will be equipped with various features including fitness centers. Each gym will have its own co-working space, health bar, and studio where elite athletes produce video workouts for consumption in the Fight Out companion app.

FGHT Has the Support of Elite Athletes

Elite athletes have piqued interest in FightOut to help the community grow and achieve fitness goals. The team believes that optimizing the input of elite athletes will ensure every user achieves his/her desired outcome.

Fight Out’s ambassadors will inspire everyone in the community to take their fitness to the next level. Some of the names mentioned in the ecosystem include “Savannah Marshall, one of the world’s top boxers (122k followers on Instagram), Brazilian mixed martial arts UFC stars Amanda Ribas and Talia Santos (2.1 million and 179k followers on Instagram, respectively).”

Another key sports figure associated with Fight Out is Tremayne Dortch, the star in NBC’s American Ninja Warrior series who doubles up as a personal trainer and influencer. Fight Out has a mission to use M2E and the metaverse to shape the future of health and fitness.

How To Earn with Fight Out

Users in the Fight Out ecosystem are rewarded in a currency called REPS – the off-chain in-app token. The system functions on a subscription basis with both FGHT and REPS tokens eligible for use during sign-ups.

To increase demand for FGHT, the team is offering a 25% discount for subscriptions paid for in the native token. In-app goods such as cosmetic items for avatars, merchandise, and remote consultations with personal trainers or with Fight Out’s unique fight coaches, are all paid for with REPS. That’s not all, REPS can be bought using FGHT.

(2) Fight Out on Twitter: “The first stage of our presale is almost over! ⏰ Take part in building the future of #MoveToEarn and fitness in the #Web3 era! Act fast and join the Fight Out presale now! 👊⬇️ https://t.co/z34Nkx3ffi https://t.co/Nl8XQYRkcI” / Twitter

Fight Out’s presale is selling out fast due to a 50% token bonus, depending on the amount spent and the vesting period the investor opts for. For instance, presale buyers can secure a 25% bonus on investment amounts of $50,000 or more and 25% on a vesting period of 24 months, which combines for a total bonus of 50%. 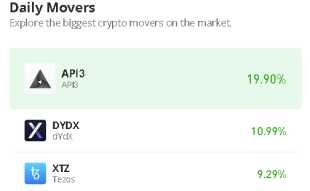