According to Alexander Holmes, Chief Executive Officer of Moneygram, the money transfer firm is now transacting on the Ripple xRapid platform, and they started executing trades earlier this week. He added that all the signs so far show that the relationship between the two firms will be beneficial and that they are settling transactions in seconds.

The partnership between Moneygram and Ripple has come about as a result of a pioneering equity investment made by Ripple earlier this year. Ripple acquired a $30 million stake in Moneygram through an equity infusion and Moneygram has the option to sell an additional $20 million worth of equity to Ripple through June 30, 2020.

Getting users involved in cryptocurrency

People who execute cross border transfers or remittances using Moneygram would be trading cryptocurrencies by default. The agreement between Moneygram and Ripple allows the money transfer giant to use Ripple’s xRapid blockchain and Ripple’s digital assets to execute the cross border transfer of funds. Essentially, people who transfer funds through Moneygram buy Ripple and send the XRP token from one place to another where it will be converted back to fiat currency.

Moneygram says that they hope that blockchain technology will reduce working capital needs and generate additional earnings. Ripple’s technology will also increase cash flow through the rapid execution of transfers that comes with cryptocurrency. The XRP token will also bring down the cost of settling transactions across borders. The cost will go down from about $30 per transaction to fractions of a penny and this will be highly beneficial to Moneygram’s clients.

The widespread use of digital assets

Such partnerships are crucial in facilitating the widespread use of cryptocurrency. Moneygram’s services are available in 200 countries and now, Ripple’s XRP will be available in these countries. The use of XRP will also change the landscape of commerce in countries where Moneygram is available. Instead of waiting for days until transfers are complete, businesses are now able to instantly settle transactions 24/7. Global liquidity will be streamlined and businesses across the world can benefit from the ease of transaction.

At the same time, investors should stay away from bitcoin robots like Immediate Edge App, which promises substantial returns on their investments. 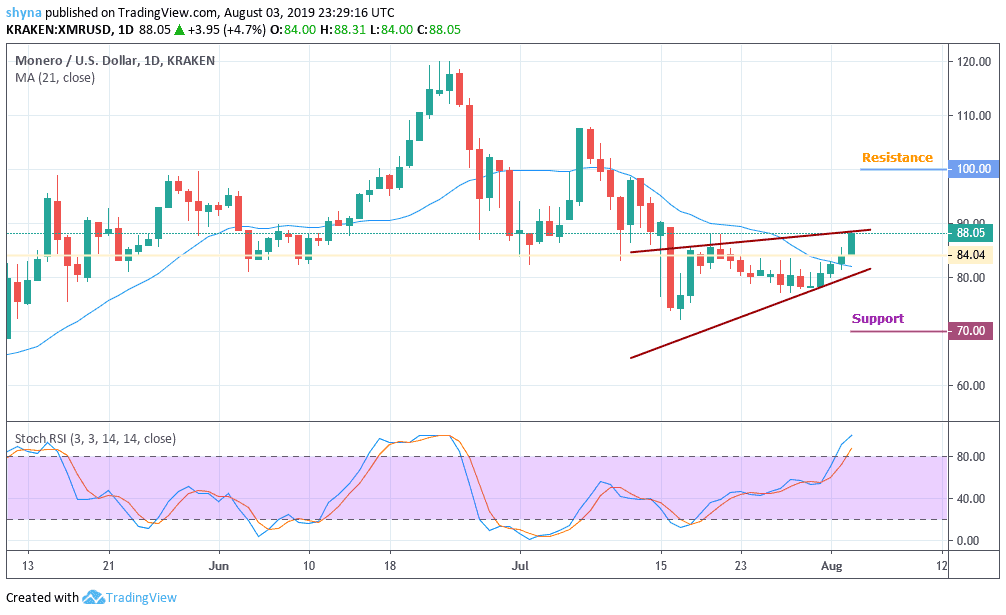 Monero Price Analysis: The Bulls Fight to Hold onto the Intraday Gains