Popular Ethereum wallet MetaMask has struck a strategic partnership with Sardine, an ACH settlement platform, that would allow users to fund their crypto wallets through bank transfers on the go. As Metamask added support for these transfers, users and the community have been expressing mixed reactions

This partnership between the two would facilitate the conversion of fiat into digital assets – without needing to wait for days. 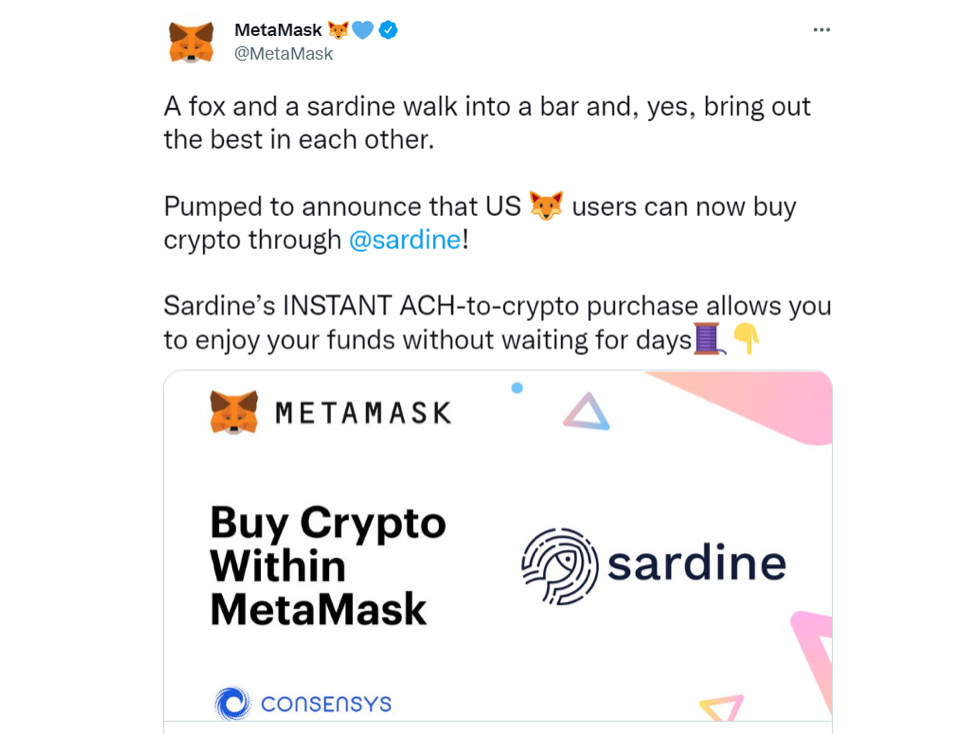 On October 12, MetaMask took to Twitter to announce the partnership and expressed that they are pumped for it to happen. They further added that US citizens could instantly purchase digital assets with Sardine’s Automated Clearing House (ACH) settlements.

In general, instant ACH settlements are much more effective when compared with regular ACH orders or other methods. This is because the instant ones can immediately complete transfers. Plus, unlike other standard ACHs, they also work during the breaks.

Moreover, buying digital assets directly through a bank account is preferred among users compared to other methods, such as card payment, as there are fewer chances of the payments getting declined by the bank.

Moving ahead, MetaMask further added to their tweet that the partnership with Sardine would help users to prevent potential payment fraud. Additionally, the cryptocurrency wallet provider also mentioned the daily transaction limit for over 30 tokens, which goes like this:

MetaMask also demonstrated how users could use the feature by adding a video to their announcement Twitter thread.

Frauds and other prohibited activities are always a major concern in the crypto space. Hence, this appears to be a lucrative move from MetaMask as Sardine tends to detect 300% more payment fraud when compared with other traditional vendors, and its users can save around $500k on operational savings.

The fintech firm also touts through its website that they have built fraud and compliance detection infrastructure for various companies such as Coinbase and Revolut.

Reactions from the community

However, Decrypt has expressed its scepticism around all such claims and whether Sardine would be able to manage all affirmations, as they did not mention how they do it. Neither in their Twitter post. They further stated that what if an intruder manages to steal a user’s private key and transfer all the funds from their linked bank account?

Another reason behind their incredulity is that Sardine and MetaMask both did not answer Decrypt’s request about this concern.

In between all such scepticism and debates, the company still holds on to its beliefs and is confident about its ability to deal with fraud, as Sardine takes complete accountability for any chargeback and refunds.

Sardine has also secured a $51.5 million Series B funding round led by Andreessen Horowitz and supported by other leaders in the industry, like Google Ventures and Visa, which they announced on their Twitter account last month.

Besides the instant bank transfers functionality, MetaMask continues to work on improving the overall experience of its application for digital asset owners. MetaMask is one of those players that dominate the market and this is just one out of many partnerships they have.

MetaMask Institution also struck a partnership with Cobo last month, which is an NFT management and storage service provider that help companies manage digital assets. Cobo’s marketing & business development director Tavia Wong said that they are pretty optimistic about this partnership with MetaMask as it allows institutions with improved asset protection.

Moreover, last month, MetaMask took to Twitter to announce the launch of their portfolio Dapp, a portfolio manager that lets users manage their NFTs and tokens across multiple chains and accounts.

What this partnership means for both companies

MetaMask has more than 30 million monthly active users, which clearly indicates its strong presence in the market. That being said, it wouldn’t be amiss to remark that the platform may experience a surge in those numbers following its recent partnership with Sardine as it eases the fund transfer process.

On the other hand, Sardine’s partnership with MetaMask is clearly another big achievement for them, which may benefit both the platforms and, most importantly, their users. It is expected that Sardine may also gain a lot of traction due to this partnership, considering MetaMask’s extensive user base. However, only time will tell how things may look for Sardine and MetaMask in the future. 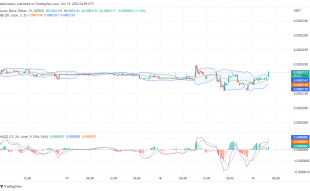