The crypto gaming scene has always revolved around the play-to-earn space, never realizing that this model is inherently wrong. Most P2E games that captured people’s attention last to last year were earning protocols with games such as window dressings. They aren’t fun, and their economy is unsustainable since the moment the player count becomes big, profits become divided more – which leads to a lack of winnings and no incentives for players to keep on playing.

And that’s the issue that Meta Masters Guild is tackling. It has been understood that in order to create a sustainable gameplay economy, players need to be enticed. And not just crypto-enthusiasts that are only in it for the gains, but real, active gamers that are in it for fun.

And with that ideology, Meta Masters Guild has carried the philosophy of Play and Earn. It is an idea that doesn’t limit P2E projects to how much money they can make for players but extends it and pushes its boundaries to develop fun games for real gamers.

It is that idea that has led whales to expect that $MEMAG – the native crypto of this project – is going to have a 100x boost this year.

What is Meta Masters Guild?

Meta Masters Guild is the world’s first mobile-focused Web 3 gaming platform – which means that its focus is on mobile games. Experts predict that the mobile gaming market will grow to $420.39 billion in 2026. And how many of them, do you think, are games designed in the Web 3 space?

They are not as many as you think. That’s where Meta Masters Guild is creating a decentralized gaming ecosystem where players can play and earn sustainable rewards for playing and contributing to the ecosystem,

What Meta Masters Guild is doing is not only providing games that people can play but an ecosystem for developers that can create better games for players.  At the center of this P2E ecosystem are $MEMAG tokens. They are the life’-blood of this community-gaming project that players can earn and then cash out or reinvest in the ecosystem to push this project even further.

What Makes Meta Masters Guild Different From the Rest?

The traditional gaming system, as amazing and full of fun games as it is, is extremely predatory. We all know the pain of micro-transactions in our favorite single-player games – like Assassin’s Creed. And the “free to play” games have so many loot boxes, or as devs call it, “surprise mechanics,” that traditional gaming is slowly becoming synonymous with gambling – with no real money involved.

You can’t own your downloadable content; you merely get a chance to use it. You can’t own an in-game loot that you grinded hundreds of hours to get; you only have a limited chance to use it. But the problem is since the game is fun – people are addicted, not knowing that they aren’t gaining any monetary benefits as they play.

Meta Masters Guild aims to combat this predatory nature by creating an ecosystem where:

The idea is to bring gamers and game developers on one single platform to create decentralized fun games that everyone can enjoy. And Meta Masters Guild isn’t putting any skill restrictions on who wants to become a developer. If you have a gameplay concept – even if it is outlandish – if it is fun, you can talk to them.

Here, you will get to play the games you want to play and make the games that you want to make. Yes, you won’t be able to make AAA games since the platform is mobile-focused, but dethroning Candy Crush and mobile versions of PUBG is an effort that must start somewhere – so why not Meta Masters Guild?

Meta Masters Guild is a complete believer in the “Fun comes first” approach and is not willing to get tokenization, earning mechanics, or blockchain integration to come in the way of making fun of the game. That is the right approach – because let us face it, most players are in it for the games because they are fun, not because of what lies behind the curtain.

Meta Masters Guild firmly believes – like most P2E projects before it – that you must own the assets that you pay for. All your purchases on steam or on Epic games can go away in a snap if the platforms decide to remove them in the future. And you can’t even sell those games to others. Meta Masters Guild makes all the in-game assets ownable, verifiable and tradable on the Ethereum blockchain.

You own an in-game loot – say, a cool sword capable of one-hit killing a big monster – you can own it, customize it and sell it for profit on an NFT marketplace. The same goes for any other digital asset that your player character is wearing. Or, you can invest the NFT into the ecosystem – becoming part of a circular economy that keeps the tokenomics sustainable for everyone.

People have long been overly bullish about cryptocurrencies in the past – and if you have seen what has happened in 2022, you very well know that the payoff isn’t even half of that. Meta Masters Guild, therefore, has a more realistic approach toward blockchain games.

The days when you will be able to play games with high graphical fidelity within the blockchain space are still far away. So, for now, in order to realize the original vision of the project as soon as possible, it is focusing on mobile games.

And even doing that won’t be that easy. Companies like King Interactive (Candy Crush) and others have hegemonized the mobile gaming space. Meta Masters Guild will need to create games that are fun enough that can take the market share away from the current mobile gaming giants.

With a realistic approach toward increasing the value of games in the blockchain space, Meta Masters has the potential to become a 100x crypto – and you have a chance to participate in it

Meta Masters Guild has started the beta phase of its presale. It will last for less than 10 days and allow you to buy the native $MEMAG tokens at a discount price of 0.007 USDT. 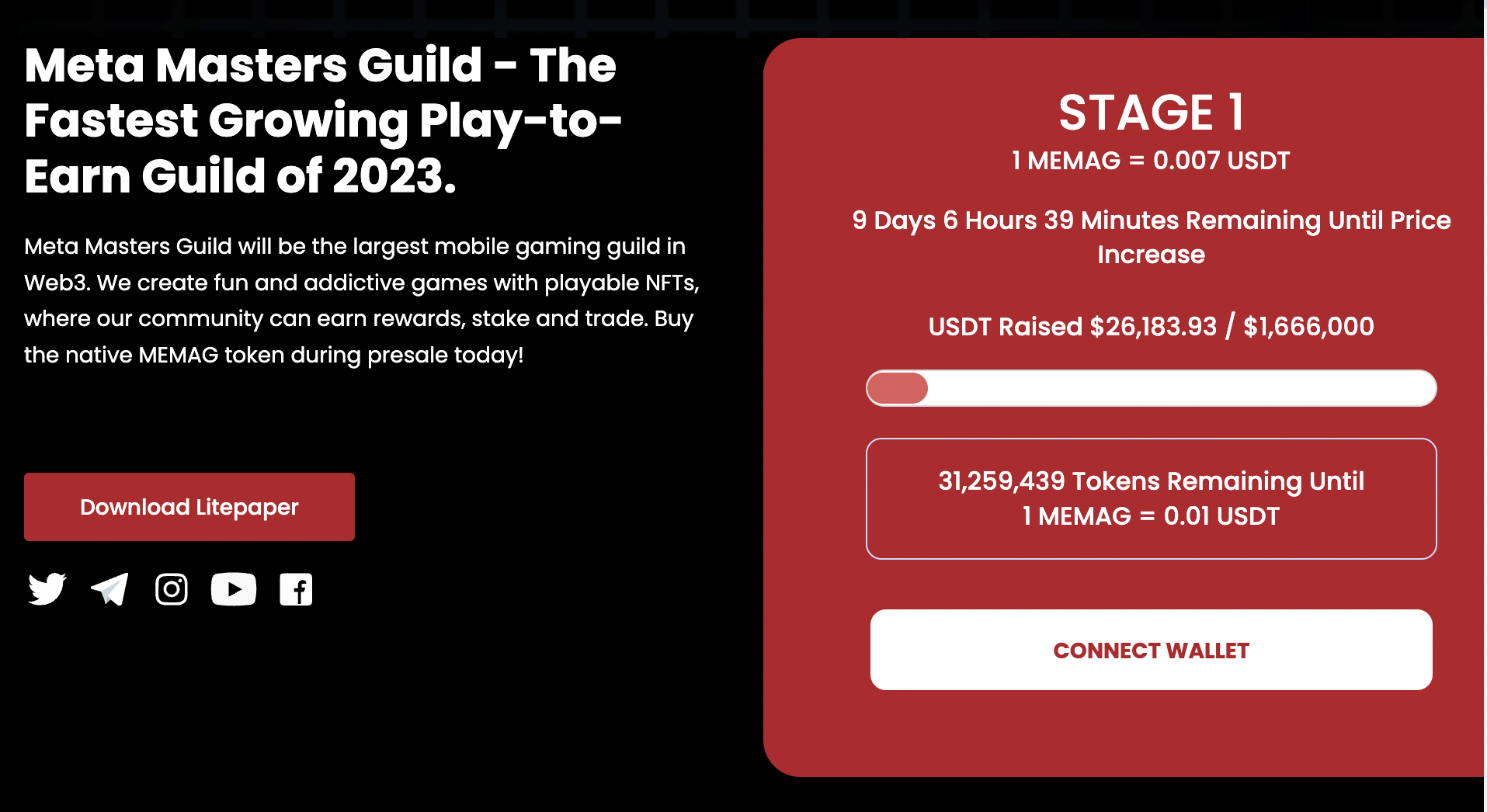 The cost of this presale token will increase to 0.01 USDT in the second phase of the presale. Visit the Meta Masters Guild website to learn more about this project.

And if you want to learn more about this project, join the official Telegram group. 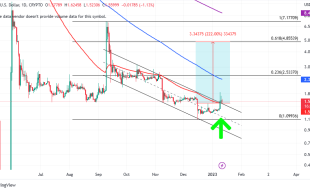 LUNA Price Prediction – Is Terra The One To Watch in 2023?

Join Our Telegram channel to stay up to date on breaking news coverage LUNA ...