Meta Masters Guild, one of the best P2E offerings, has just crossed its $1 million benchmark. And since the end of this presale stage is marked at $1.12 million, you have less than 24 hours to participate in this project.

Meta Masters Guild is a P2E crypto that eyes to increase the blockchain adoption rate with its gameplay-centric approach.

The Meta masters presale has seven stages, with the price of MEMAG tokens in the last stage being 0.0235 USDT. Investing in this presale in the next few hours will net you 225% gains even before the token’s listing.

Meta Masters Guild has raised $1 Million in its Presale

Meta Masters Guild is one of the newest crypto offerings to have appeared this year, and the crowd is more than bullish about it due to its gameplay-centric nature.

That enthusiasm has pushed people into the FOMO, and the native MEMAG tokens of this project are now going fast.

The seven-staged presale has 350 million tokens dedicated to it out of the 1 billion total supply. The project started with a private sale where the price of this crypto was 0.007 USDT, and the current price is 0.01 USDT.

Meta Masters Guild aims to raise $4.97 million through its presale. The project has put no maximum cap on its presale – which is further driving more demand for this cryptocurrency.

The remainder of the tokens, however, including those in the presale and those to be listed, won’t have a vesting period.

This approach will ensure the token’s scarcity once the presale concludes – a factor that can pump the price of this asset in a major way.

Meta Masters Guild is the world’s first mobile-focused Web 3 gaming guild. It is not a game by itself but an ecosystem that provides a platform for decentralized gaming through mobile phones and, through that, makes the gaming ecosystem more sustainable for all.

To achieve sustainability, Meta Masters Guild aims to create games that are fun to play. The ecosystem will provide a low barrier of entry to developers who can bring fun gameplay concepts to life without worrying about tokenomics and earning mechanics.

Gems are in-app currencies that players earn as rewards. They can then spend it on NFTs or other in-game assets. Earning-centric players can swap Gems for MEMAG tokens.

After earning MEMAG tokens, players can then directly cash them through the platform as USDT or ETH – a process that won’t have any transaction fee. Or, they can funnel these tokens back into the ecosystem to make it flourish more.

Meta Masters Guild aims to create multiplayer games that even non-crypto gamers are interested in playing. Games like PUBG-mobile took major strides in the mobile gaming space and grew even in regions where gaming was not very prevalent.

Wanting to replicate that success, Meta Masters Guild will build games with the help of the community. The gameplay concepts that we discussed, which will be brought to life by developers, will be given by the members of the community.

Meta Masters Guild invites anyone who has an interesting gaming concept to join the community built for the gamers, by the gamers.

Fun Factor as a Strategic Element

Meta Masters Guild is aware of the humbling truth that if everyone is aiming to earn through games, the P2E ecosystem will become unsustainable. It thus puts forward a “fun comes first” approach where it promises that the project’s blockchain integration, earning mechanics, and tokenomics won’t get in the way of fun.

The project’s primary goal is to create games that are appealing to players on the non-crypto side of the aisle. It will bring in more players that are interested in gameplay rather than earning. The balance of players thus established will maintain the economy of the ecosystem – bringing long-term upsides to this project.

“The concept of Play to Earn is false”- that’s what the devs at Meta Masters Guild. It is a right idea that stems from the fact that solely earning-centric P2E games have not been able to retain the attention of the crypto crowd for a long time.

Another point to note is that none of the crypto games till now have been unable to entice non-crypto gamers. In a bid to bring these games to the blockchain gaming space, Meta Masters follow the model of Play and earn.

Meta Masters is also going to breach the eSports scene. Players of those games will get highly valuable in-game assets.

Meta Masters Guild is also organizing community giveaways and events. One of them is live – the $100k giveaway.

Players to buy MEMAG tokens worth $100 will automatically enter the lucky draw pot. Increase your chances of winning $100k worth of MEMAG tokens by completing the tasks mentioned on the official website.

Meta Masters Guild is also a thoroughly vetted project. The smart contract has been verified by CoinSniper, and the team has been KYC verified by SolidProof. 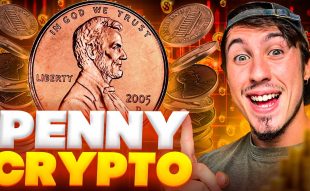