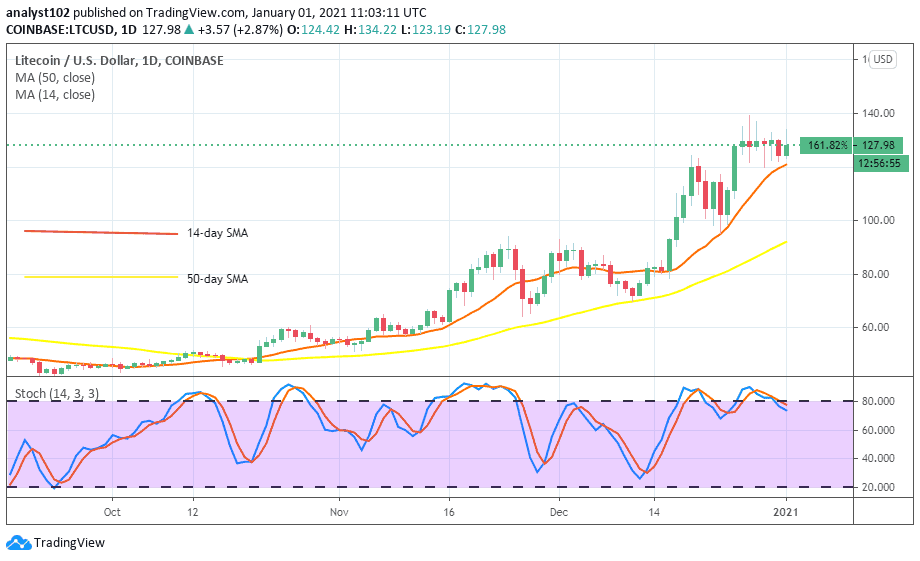 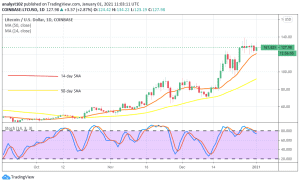 Litecoin (LTC) Price Prediction – January 1
LTC/USD trades have now appeared to form a series of price convergences around the values of $140 and $120 in the last couple of days. The $120 point looks like acting as a determining-line where a fall could stage a come-back into the crypto-market.

LTC/USD – Daily Chart
Without doubtful though, as regards the LTC/USD price-worth, the market still shows that bulls have not succumbed to many bearish forces. The space between the two SMA trading indicators is relatively wide, with the 14-day SMA pushing closer to the hovering price point at $120. That signifies a price-trend that the crypto-trade may run soon afterward.

Where is LTC Price Going Next?
Trading indicators are now suggesting that the market is in a kind of consolidation movement, considering the pace at which the candlesticks now form in the recent trading sessions. However, the $120 line will play a crucial role in deciding where the next direction follows. But, at that price level, a sudden spike could be a sign of bullish trend continuation.
Meanwhile, in the event of a prolong slow-movement, it is expected that there will be range-trading moves around the value of $120, which will serve as a mid-point between $140 and $100 price levels. 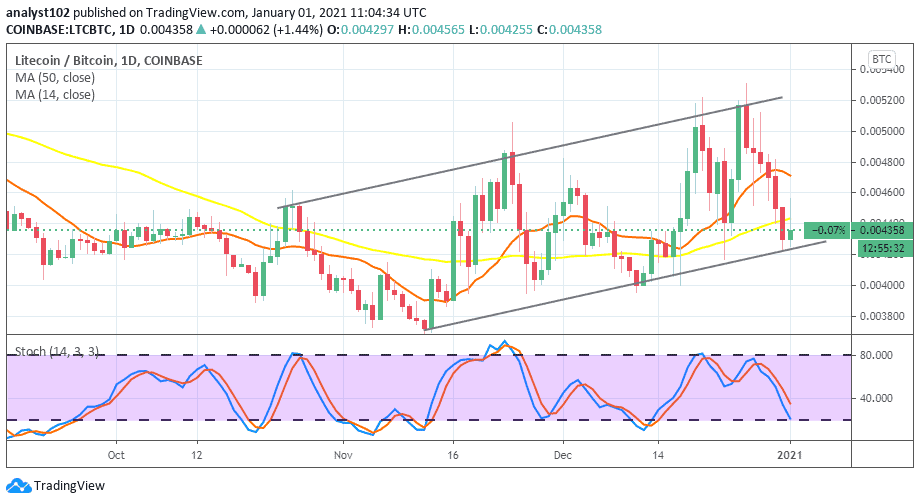 LTCBTC Price Analysis
The LTC/USD trade and the LTC/BTC market in comparison, the latter has a wider-space of bullish trend-lines, for a fall of price to mostly locate support around its lower bullish trend-line before making a rebound. Besides, the crypto-pair is expected to reach higher-points as against the last previous highs found between 0.0050 and 0.0052 levels. 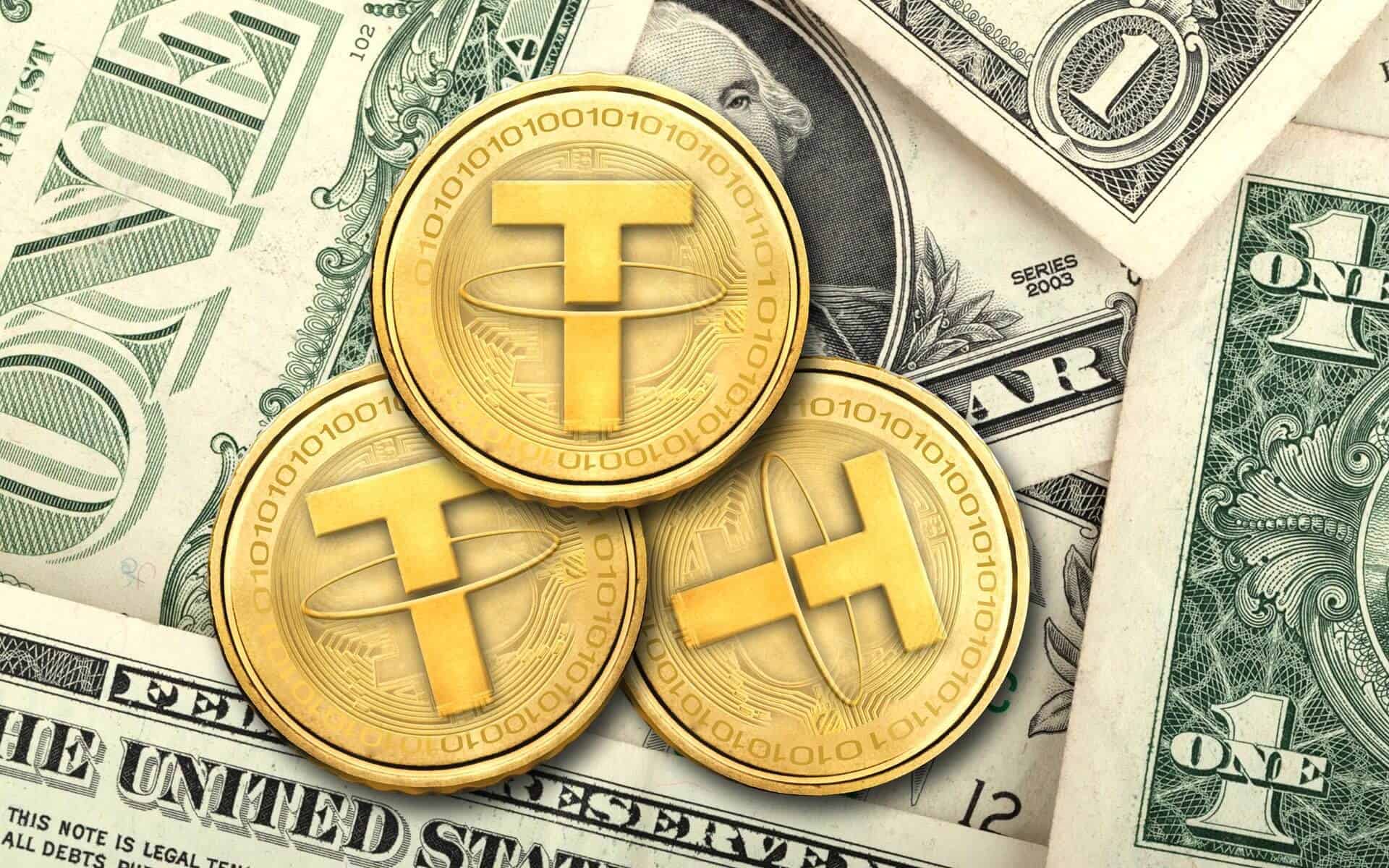 Paolo Ardoino says Tether not next target for SEC

Following the massive legal showdown about to take place between SEC and Ripple, there ...