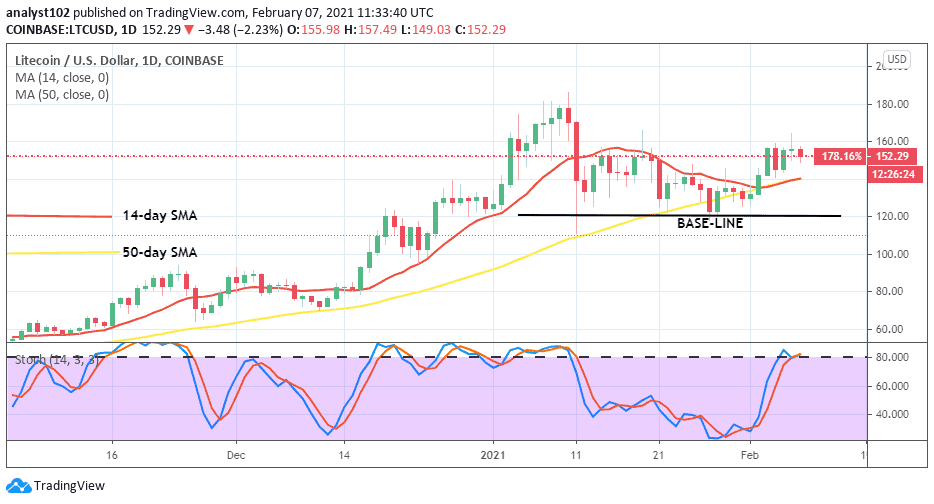 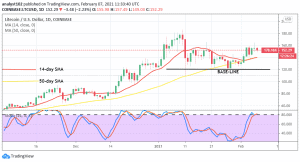 Litecoin (LTC) Price Prediction – February 7
LTC/USD market has been in a short-increasing manner as it features a series of small ups from a low-base price to now trade a bit below the $160 mark.

LTC/USD – Daily Chart
There has been a tight-conjunction formation between the two SMA trading indicators. Yet, they point to the north briefly underneath the trading value of the crypto-trade. About five days back of trading, there has been a feature of candlesticks below the $160 line denoting a kind of rejection. The joining of both the 14-day SMA and the 50-day SMA trend-lines at the $140 has made it a critical point in the market. The Stochastic Oscillators have managed springing up to find a location around range 80 near the overbought region. They have also closed hairs at the range spot to start a consolidation move in the near session.

Where is LTC Price Moving Next?
Though the crypto’s value has shown the capacity of surging northward further in no time as of writing, the LTC/USD bulls still have to put up more strengthening efforts. Meanwhile, as it is, the crypto’s energy has a relatively losing position around the $160 line. If bulls hold on to their stands, there will be a possibility of the crypto-trade witnessing another round of formation of small trading candlesticks around a higher value of $180 afterward.

On the downside, bears may have to be on the lookout for a violent price reversal against $200 and $180 levels to have a decent entryIn the scenario of not having it happening around those two trading levels, it is technical to stay away from the market for a while to avoid the bulls’ trap. 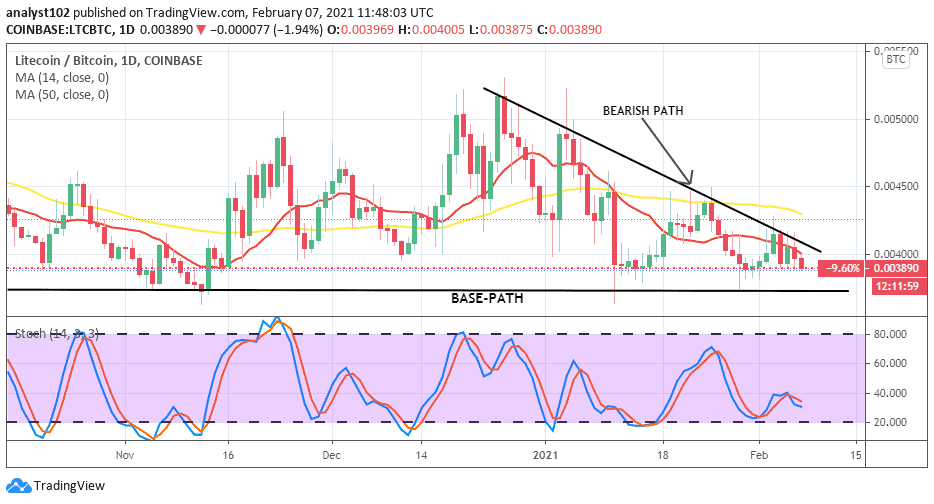 LTC/BTC Price Analysis
Comparisonof Litecoin and Bitcoin, the counter-crypto has continually put the base-crypto under a falling pressure. But, the pressure appears toward getting exhausted as price approaches a usual baseline. Therefore, it could be the turn of the base=crypto to regain its lost momentum and rise against the dropping pressures. The 50-day SMA trend-line is over the 14-day SMA trend-line with a space between them. That shows that the base-crypto is still under falling pressure. The Stochastic Oscillators swing between ranges 40 and 20 slightly pointing to the south. That indicates that some falling-pressures are still in play. Traders going short at this point should exercise caution. 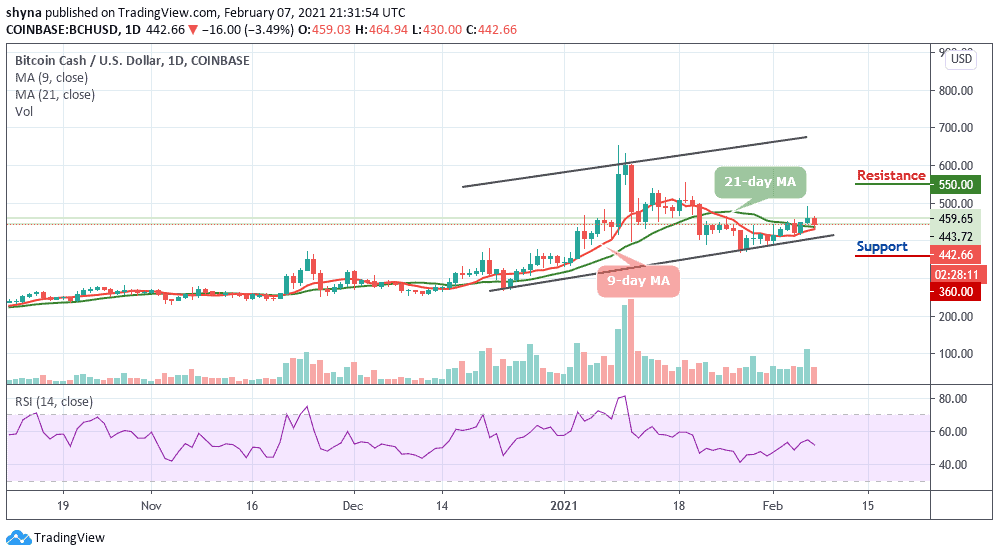