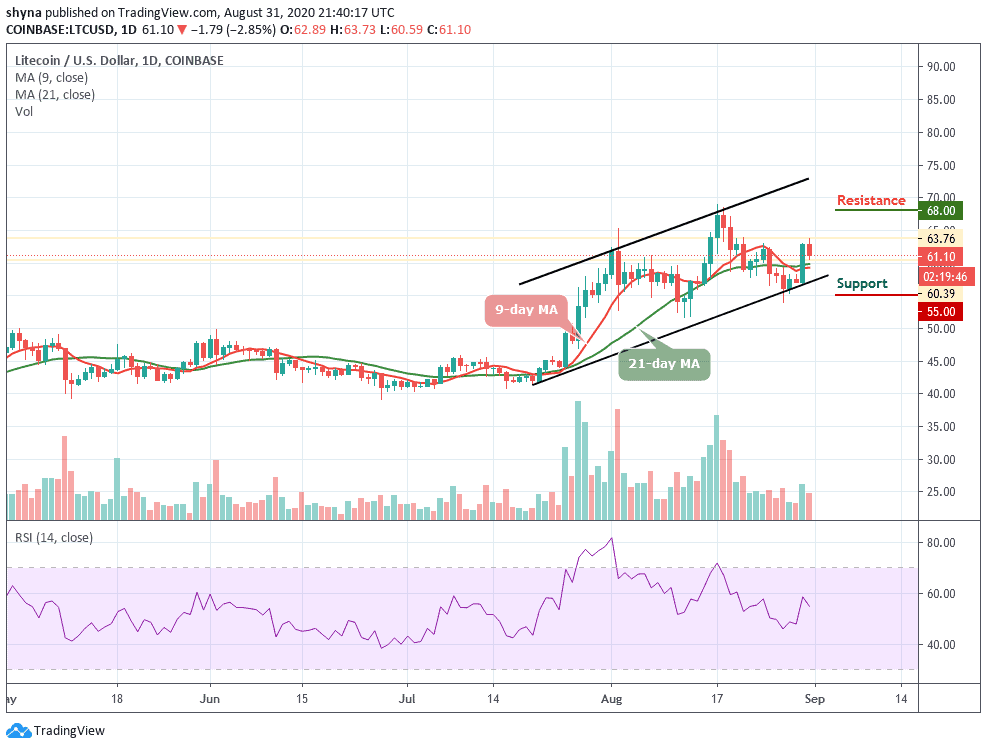 In the recent price fall, LTC/USD fell 2.85% and a new wave low may be formed while the support level of $58 could be broken.

At the moment, LTC/USD is currently taking the downhill road. In the past few days, LTC/USD was spotted dealing at $68 monthly high, and then later dribbled to $53. The tremendous loss in the price is indicating a delayed recovery. However, Litecoin has given some great results in the past but the coin is speculated to retain the same momentum in some time. However, the current market pressure may likely take a while, but once it is lifted, the coin could once again shine.

What Is the Next Direction for Litecoin?

In as much as LTC/USD fails to rally from current trading levels, the greater the chance that we may see the coin falling to another trading low. A break below the 9-day and 21-day moving averages may provoke an even deeper decline towards the $55, $53, and $51 levels. The short-term technical analysis shows that the $60 and $58 levels are currently the strongest forms of technical support.

Similarly, a break above $65 level may propel Litecoin to a high of $68, $70, and $72 resistance levels. Meanwhile, the RSI (14) moves below 58-level, indicating that the bearish signals may likely play out.

Against Bitcoin, LTC has clearly experienced difficulties since a few days ago. The coin recently broke under solid support at 5300 SAT and continued to fall through subsequent support level to 5200 SAT. The critical support level is located at the 4900 SAT and below.

However, if the bulls manage to power the market, traders may likely find the resistance level at 5700 SAT and above. Nevertheless, the Litecoin price is currently changing hands at 5230 SAT and a surge in volatility may occur as the RSI (14) is facing the south.