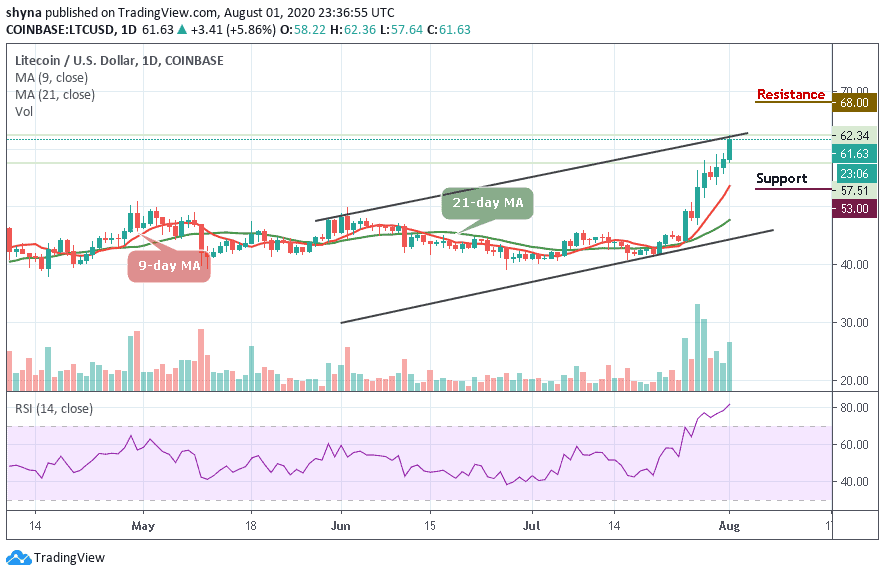 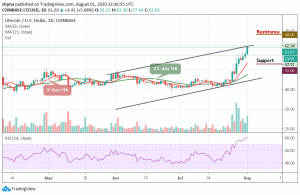 LTC/USD has been able to fetch a decent hike in the last 24 hours that took the coin near $63 resistance level. The coin is already on a path of the bullish trend. Meanwhile, LTC is one of the most emerging coins of the market, and it is likely to touch $65 in the coming days as its next resistance. The long-term outlook is likely to be bullish.

However, as the trading volume is increasing, the coin is moving within the ascending channel and could exceed the resistance levels of $68, $70, and $72 if the bulls make more effort. Nevertheless, the RSI (14) is at the overbought territory but the bears could step back into the market once the signal line turns downward and the nearest support levels lie at $53, $51, and $49 respectively.

Against Bitcoin, the daily chart has shown that the buyers are dominating the market with a heavy upsurge as the price moves above the 9-day and 21-day moving averages. Meanwhile, if the bulls can continue to put more effort into the price to break out of the ascending channel, the key resistance levels lie at 0.0055 BTC and 0.0056 BTC. A further rise may push the price to 0.0057 BTC.

Would Litecoin Go up or Down? 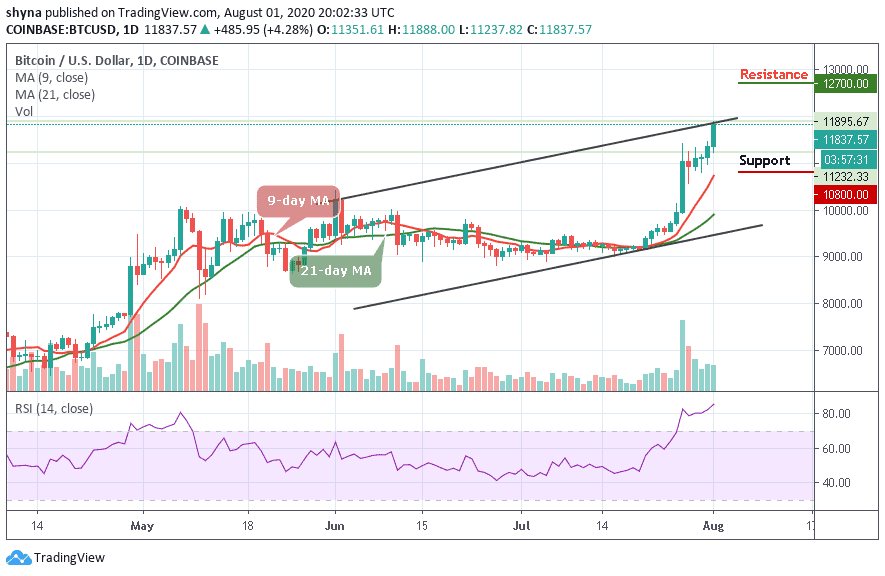 Bitcoin (BTC) Price Prediction – August 1 The Bitcoin price is in the hands ...