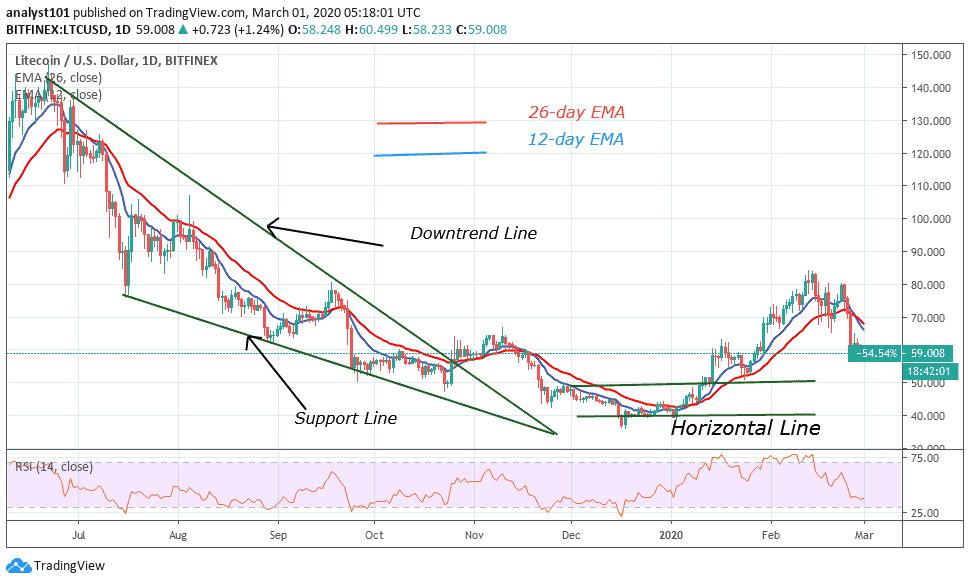 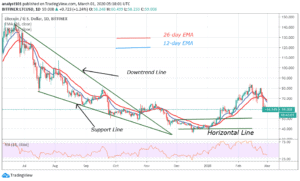 Recently, LTC/USD pair  was in an uptrend as the coin reached a high of $84 on February 14. Unfortunately, the upward move was interrupted as LTC reached the overbought region. Sellers were on hand to push the coin downward. LTC/BTC pair is also in an uptrend but battles the resistance at Ƀ0.0080000.

Nevertheless, at the support of $60, LTC is consolidating. On the downside, if the selling pressure continues, LTC may drop again to $50 low. On the upside, if the current support holds, Litecoin will resume its upward move. Meanwhile, the coin has fallen to level 36 of the Relative Strength Index period 14. It indicates that the coin is in the downtrend zone and may fall. It is also below the centerline 50.

On the LTC/BTC chart, the bulls made an upward move to reach a high of Ƀ0.0080000. In the first instance, the bulls were resisted and the coin fell to the low of Ƀ0.0070000. The bulls made a retest at the overhead resistance but were repelled.

The market formed a bearish double top after the resistance. A bearish double top is a reversal pattern that reverses an uptrend. LTC/BTC pair drops to the low of Ƀ0.006915 and resumed consolidation above the current support. After consolidation, if the current support holds, the upward move will resume. On the other hand, a drop to the low of Ƀ0.0060000 is possible. 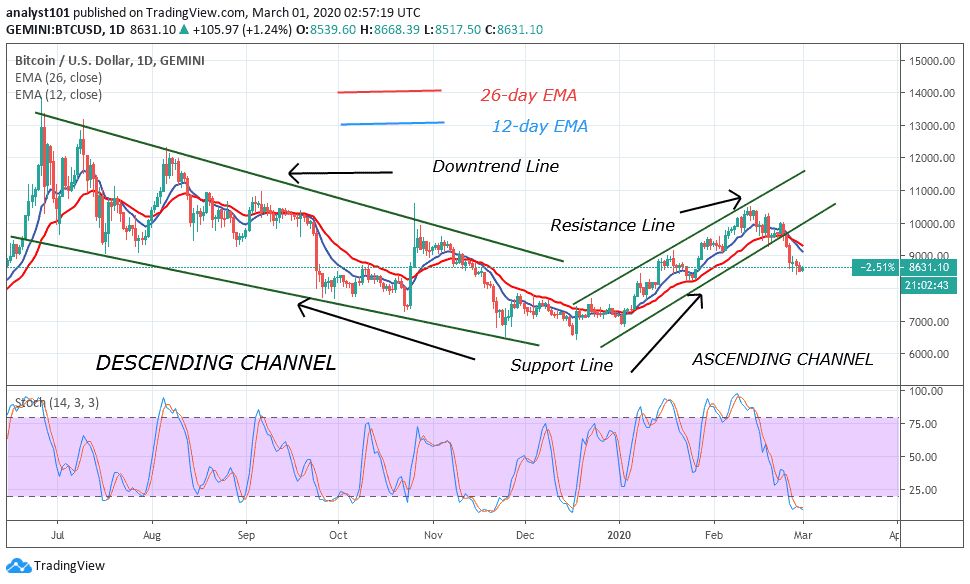 Bitcoin Price Prediction: BTC/USD Awaits the Emergence of Bulls as Selling Is Overdone Above $8,500