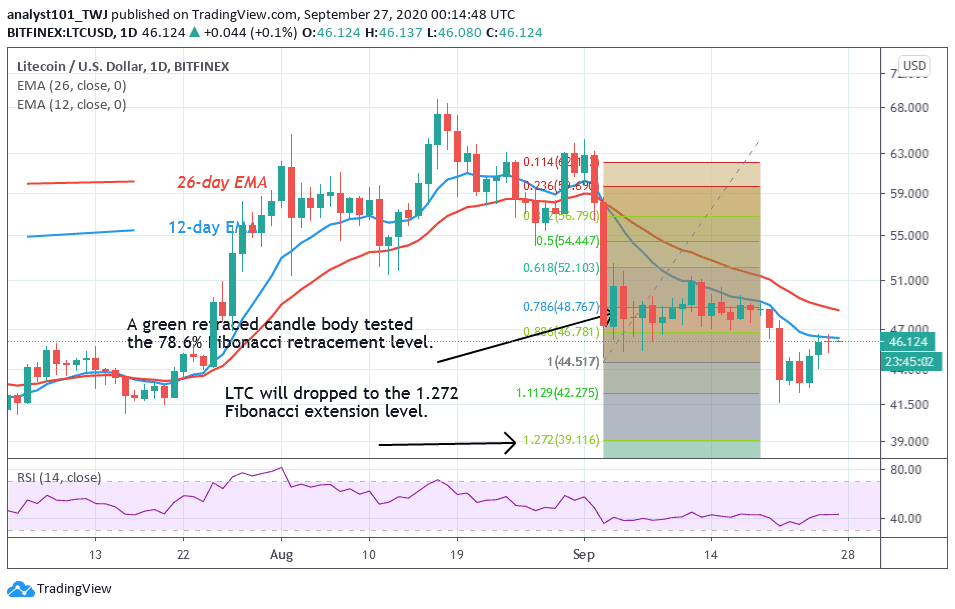 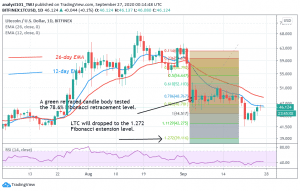 Litecoin (LTC) Price Prediction – August September 27, 2020
LTC/USD is likely to further decline as the $45 support cracks. Simultaneously, the bulls rebounded at the recent low to push prices upward. The price tussle has continued at the bottom of the chart

Following the breakdown on September 3, the market was fluctuating between $45 and $51 for over two weeks. On September 21, the bears broke the $45 support as price dropped to $41 low. Today, the market is fluctuating between $41 and $45 in a tight range. On the downside, if price breaks below the current support, the market will fall and revisit the previous low at $39. However, as price rebounded above the $41, it retested the $45 high. The downtrend is likely to be delayed. Nonetheless, if the $41 support is eventually broken, the Fibonacci analysis tool will hold. That is, LTC will fall to the 1.272 Fibonacci extension level or $39.11 low.

Litecoin Indicator Analysis
After an earlier bullish move, LTC faces rejection at the 12-day EMA. Litecoin will not rise except it breaks above the EMAs. The EMAs are pointing southward indicating the downtrend.LTC is above 25% of the daily stochastic. The bullish momentum is waning away.

On the LTC/BTC chart, the coin is on a downward move. The bears broke the current support at Ƀ0.004600 to resume the downtrend. On September 3 downtrend; the green retraced candle body tested the 78.6% Fibonacci retracement level. It indicates that the market will fall and reach a low of 1.272 Fibonacci extensions or Ƀ0.004600 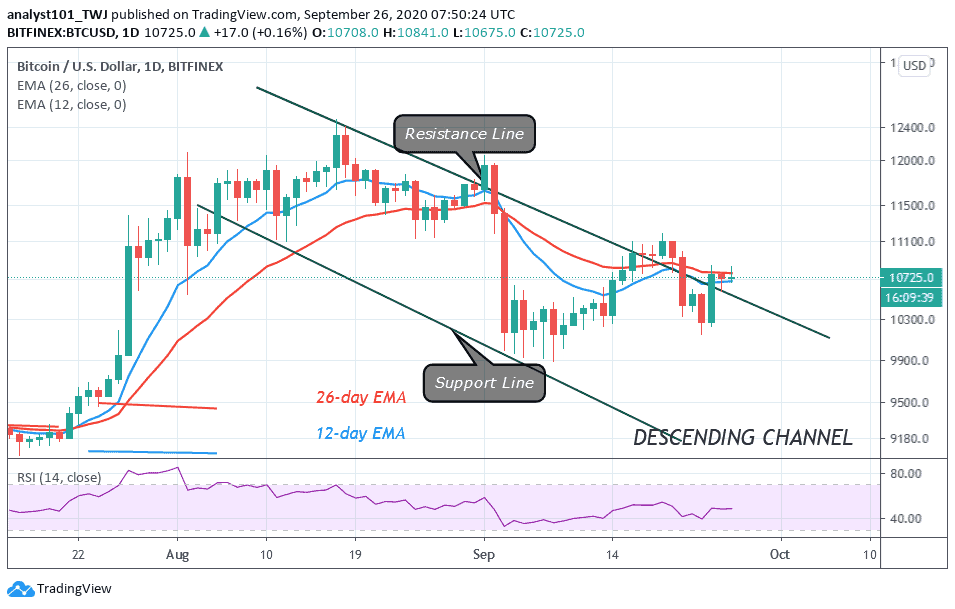 Bitcoin Price Prediction: BTC/USD Is Relatively Stable Above $10,700, May Resume the Uptrend