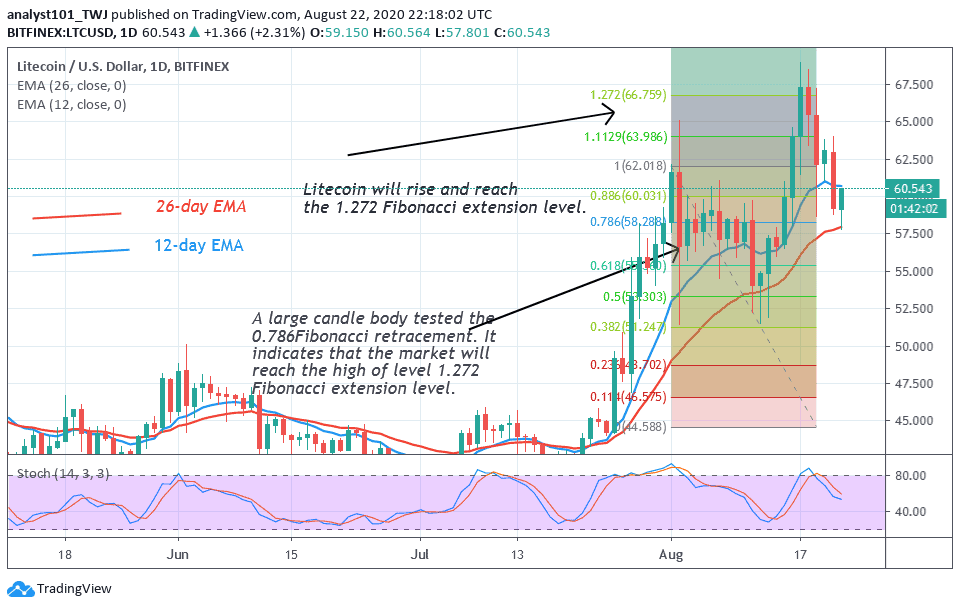 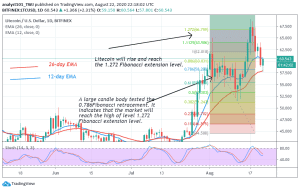 Litecoin (LTC) Price Prediction – August 22
LTC/BTC reached a peak price of $68 but the bulls fail to sustain the uptrend. Consequently, the market dropped sharply. In the LTC/BTC, the market is in a sideways trend as price fluctuates between levels Ƀ0.004500 and Ƀ0.005200.

Consequently, the coin fell to the previous low. On the upside, for the coin to resume the uptrend, the $60 support mush hold. The above price action has been confirmed by the Fibonacci tool. The $68 high is the 1.272 Fibonacci extension level. The Fibonacci rule indicates that if price reaches the 1.272 extension, the market will reverse to 78.6% retracement level. That is the $60 price level.

On the LTC/BTC chart, is in a sideways move. The price has been fluctuating between level Ƀ0.004500 and Ƀ0.005200. The coin is yet to trend. Since May the key levels of the market have not been broken. In July and August, the bulls attempted to break the resistance line but were unable to push above the resistance. The coin is at level 54 of the Relative Strength Index period 14. It indicates that the coin is in the uptrend zone. 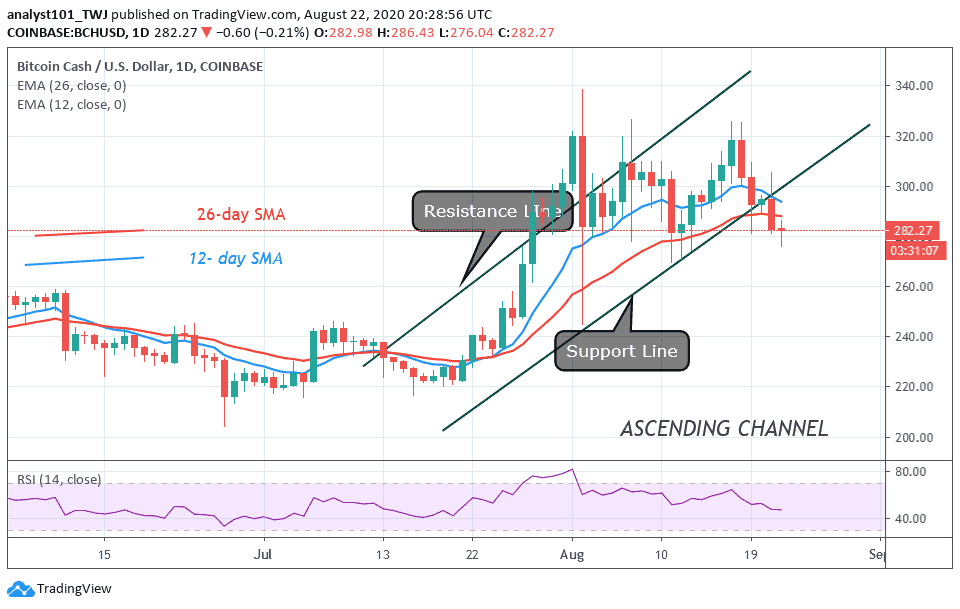