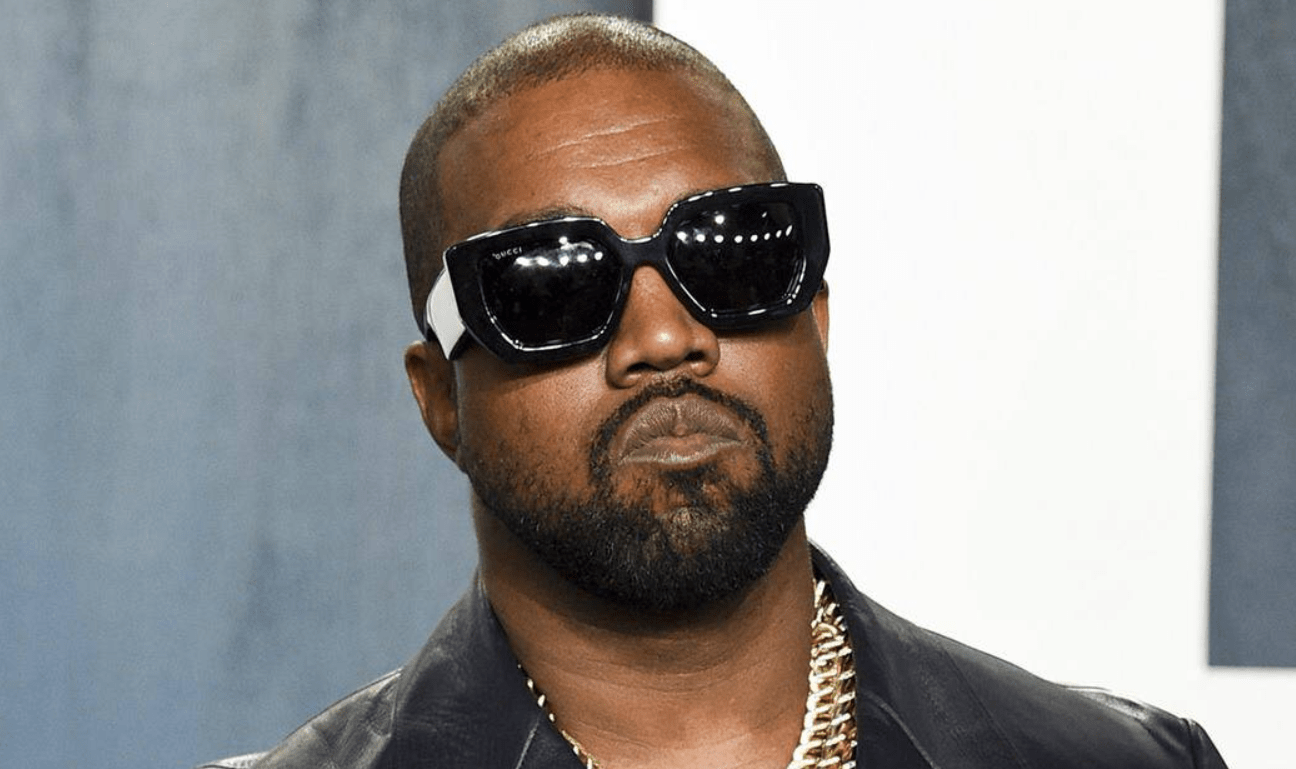 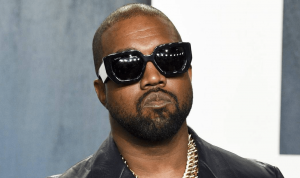 The recent seventeen trademark applications filed surrounding Kanye West’s might just be the hint we needed to know that the artist may be planning to mint his own non-fungible tokens (NFT) now. The move shows that despite publicly condemning digital art, the popular rapper-designer is finally ready to step into the world of virtual worlds of metaverse and NFTs. 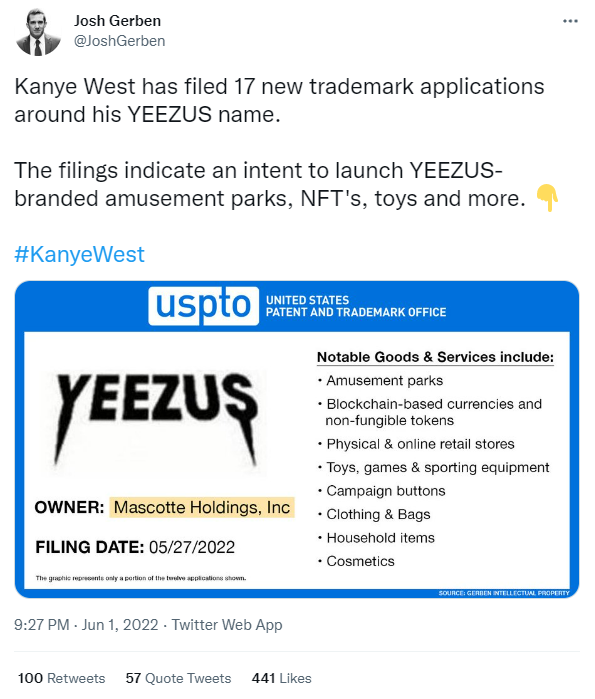 On Wednesday, Josh Gerben, the proprietor of Gerben Intellectual Property and a trademark attorney, tweeted that rapper and singer Ye and his company Mascotte Holdings had filed new trademarks. “Kanye West has submitted 17 additional trademark applications around his YEEZUS name,” Gerben stated. According to the documents, “YEEZUS-branded amusement parks, NFTs, toys, and other products will be launched.”

Do not ask me to do an NFT… Is Kanye West Rethinking About NFTs?

This news is huge and has been a shock to many because just this year, in February, West stated on his Twitter handle to his then 10.5 million followers when asked about entering into the NFT industry that he is “only focused in investing and building the physical, real-world goods- real food, real shelter, real clothes“. It looks like the table has turned now.

But Kanye West is not the only one who has changed his mind and entered this world. Celebrities like Paris Hilton, Melania Trump, and William Shatner have started selling NFTs, tokens that symbolize ownership of paintings, trading cards, virtual clothes, and other items, albeit not necessarily copyright ownership.

Though it has been surfaced in the news that amusement parks, NFTs, board games, retail outlets, computer goods, toys, video games, cosmetic products, Christmas novelty ornaments, and other trademarks were filed, the trademarks particularly cited as “blockchain-based non-fungible assets, currency and tokens, and “online retail shop services showcasing… digital art” when it came to the blockchain world.

According to the sourced and the trademark summary, it is identified that the trademark filing applications with the USPTO were submitted on May 27, 2022. 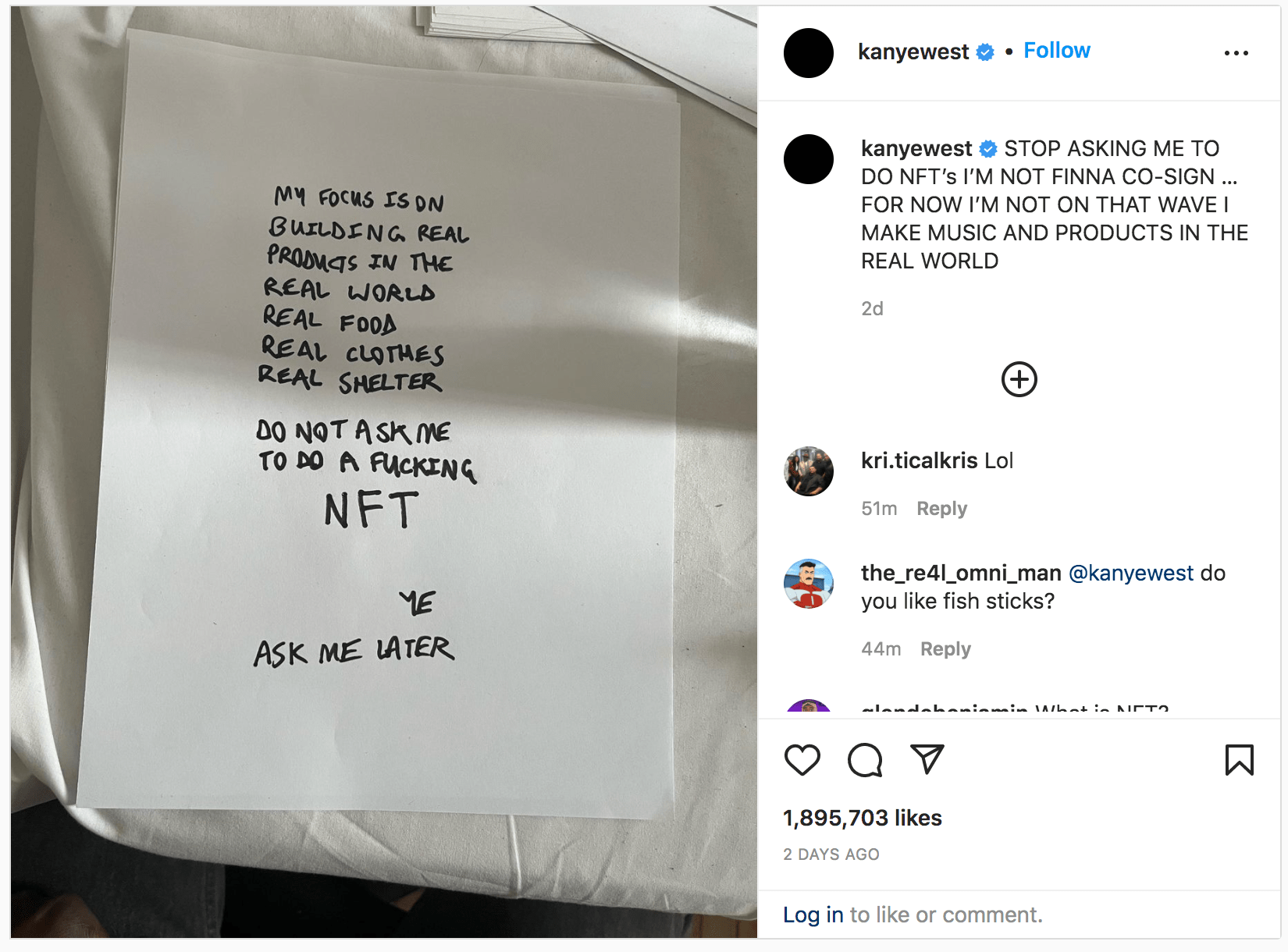 West was never a stranger to cryptocurrency, having previously stated in the year 2020 when he was running for President of the United States that bitcoin supporters “truly have a vision on what the actual freedom of America and humanity would be.”

Mascotte Holdings, owned by Kanye West, has joined a flood of well-known brands that have filed trademarks relating to NFT and the metaverse. Urban Outfitters, Walmart, Ralph Lauren, Crocs, and Abercrombie and Fitch have all filed trademarks related to digital collectables and blockchain technology with the United States Patent and Trademark Office. Samsung, Gap, Adidas, Nike, Hennessy, Coca-Cola, and Pepsi-Cola are just a few corporations that have previously released NFT and metaverse products.

West’s tweet followed a viral interview in which Paris Hilton and Jimmy Fallon discussed their Bored Ape NFTs and a number of other celebrity’s NFT sponsorships. While West was categorical in his letter that he would not be entering the NFT market any time soon, he did hint that he might alter his mind later, telling fans to “ask me about it (the NFT) later.”

Invest in Ethereum via eToro Platform

Popular Celebrities Who Have Made Their Own NFTs

With the popularity of non-fungible tokens or NFTs skyrocketing in the previous year, it’s no longer unexpected that the latest fad to grip the world comes from the crypto industry. NFTs have exploded in popularity and price over the last year, thanks to celebrity tweets and videos pushing them to thousands of admirers who buy the products they sell.

NFTs are blockchain-based assets with unique identifiers stored in smart contracts. Celebrities have now used NFTs to tokenize anything from music to images to artwork. Here are some of the most well-known Hollywood figures who have participated in the NFT market and profited from it.

Hilton developed her first NFT in 2019 and donated the proceeds to charity, earning her the Best Charity NFT at the 2020 NFT awards ceremony. In April 2021, she released three more NFT collections, one of which, the Iconic Crypto Queen, sold for $1.1 million. 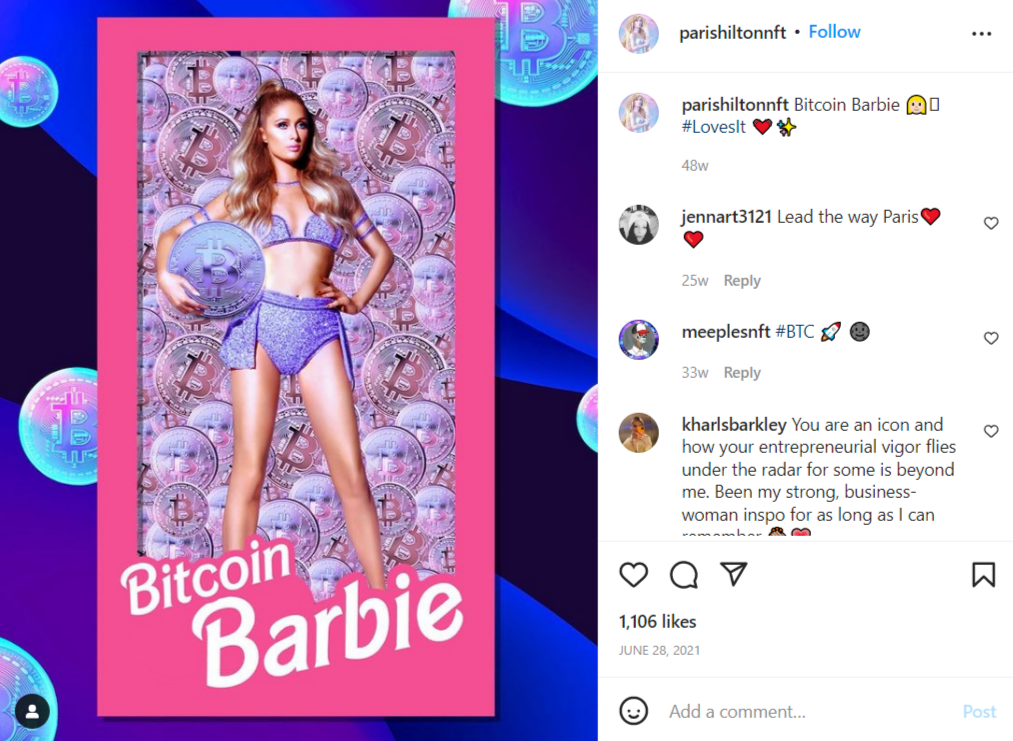 In February, she released her latest collection, Paris: Past Lives, New Beginnings. Hilton, more than any other Hollywood star, has his sights set on NFTs.

Snoop Dogg acquired a star on the Hollywood Walk of Fame in 2018, hence this list would be incomplete without him. Under the alias Cozomo de Medici, Dogg purchases NFTs.

The wallet contains NFTs worth approximately $14.5 million, according to DappRadar. Dogg has developed various NFT brands, including 1,000 NFTs of Death Row Mix: Vol. 1 and Clay Nation, an NFT collection on Cardano, in addition to accumulating NFTs.

According to Chainalysis, blockchain software and data business, almost $44 billion was exchanged on NFT platforms in 2021 alone.

The investments are high-risk, and there is little evidence that they will repay any or all of an individual investor’s money. However, some clients aren’t looking for a quick buck. They might merely want a souvenir or a birthday present. 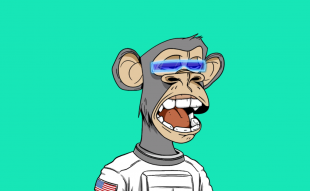 10 Largest NFT Collection by Size/Supply and Number of Owners

Currently, many NFT traders are showing interest and investing in Metaverse NFTs such as ...