With the introduction of Web 3.0, blockchain, cryptocurrencies, and NFTs, the gaming industry is going through various changes on a global scale. On the other hand, traditional games run on centralized systems and are managed by big businesses that typically have total control over the gaming environment. Additionally, the money from in-app purchases only flowed in one direction, from the players’ purses to the game developers’.

In contrast, modern play-to-earn (P2E) games place the control in the players’ hands by using decentralized platforms (blockchain) and smart contracts. In-game assets are now being tokenized in P2E games in the form of distinctive NFTs, allowing players to retain ownership.

India has surpassed all other countries in the adoption of NFT games; of the 400 million players there, 34% have already played P2E games, and 11% plan to do so in the future. Additionally, a KPMG analysis estimates that the Indian gaming business would be worth $3.9 billion by 2025.

According to growth projections, India is developing into a haven for gaming firms looking to break into and seize the markets with their cutting-edge blockchain-based games.

Due to an increase in “ready to pay” consumers, the growing number of gamers will improve ARPU and in-game sales. To draw in more players, some games also offer free-to-play and P2E models. Because of the increased popularity of NFT-based games, advertisers are also boosting their budgets for gaming app marketing.

Increase in gaming firms as funding floods in

The government recently unveiled plans to establish an AVGC (animation, visual effects, gaming, and comics) task force in order to prepare India for both home and international markets.
In 2022, gaming firms will receive more financial backing and will be building a complete gaming infrastructure and environment. There are now 400 gaming firms in India, and the number is steadily increasing.

Numerous organizations and investors have shown interest in the creation of these games due to the overwhelming interest they have gotten from players.

According to DappRadar, 1.1 million UAWs (unique active wallets) are constantly participating with P2E and other blockchain games, while VCs have invested roughly $2.5 billion in blockchain-based games.

The potential of NFT games is being investigated by large gaming companies like JetSynthesis. A number of games are receiving funding, including Age of Tanks, which is supported by BlueWheel Finance and has garnered $21 million in capital through funding rounds.

Epiko Regal, created by Wharf Street Studios, has drawn significant investment and has received backing from Polygon Studios in their neighborhood.

The $6 million P2E RPG adventure game Blade Bound was created by Artifex Mund. Additionally, independent games with their own tokens are flourishing to become the most well-liked games in the P2E community, like League of Empires (the first full MMO real-time game) and KingSpeed (a blockchain-based racing game).

Dynamic NFTs as one of the latest innovation in P2E Gaming

NFTs can be used for purposes more than only displaying digital graphics, as P2E games have demonstrated. Smart contracts can be used to modify the metadata of dynamic NFTs, which elevates their level of uniqueness to a whole new level.

P2E games also allow players to take part using dynamic NFTs in addition to token prizes and in-game items. Players have a chance to gain in-game currency whenever they interact with an NFT in the game. This provides a dynamic NFT that generates yield and initially adjusts its value based on its holder.

By lending out NFTs to earn a share of the yield, new players can also profit from this process. Dynamic NFTs exhibit a distinct type of rarity, ensuring a constrained supply and upholding its value. Additionally, these NFTs give gamers independence because they are not directly linked to the inflation or advancement of the game.

The distribution of in-game characters and assets is distinct and verifiable using a verified randomness function (VFR), which also establishes the rarity of the mentioned factors. In order to prevent any player from influencing the randomness in their favor, the random results are declared on the blockchain and integrated with smart contracts.

P2E games use NFTs in a variety of inventive ways to give their users fully immersive experiences. After completing a mission or a challenge, game avatars can develop and acquire new capabilities, which would show up in the NFT.

As the NFTs can change depending on the weather, location, or time zones, the possibilities are virtually endless when compared to actual events. If supported by cryptocurrency, the avatar’s expressions can alter according to how it is performing on the cryptocurrency exchange.

We have only begun to scratch the surface of the dynamic NFT concept, which is still in its infancy. As we advance, a number of possibilities and difficulties will present themselves. These NFTs will be accepted by more P2E games as they realize their benefits.

Due to its intense involvement with real-world events, it will aid in the blurring of the border between virtual and actual reality. There will be a number of businesses that produce new P2E games and various worlds for the gamers to enjoy.

The integration of AR and VR will also improve the game’s dynamics. The future of gaming is P2E crypto and NFT economic models, which let players can make significant gains by participating in the game and selling in-game goods rather than paying to play (including avatars, NFTs, etc.).

In the area of P2E gaming, one of the most interesting cryptos at the moment is the new battle card game Calvaria. The native token $RIA for this project is now on the first phase of its presale.

Even though there are hundreds of cryptocurrency gaming ventures, the great majority have failed to compete with the established gaming industry. The complexity of their blockchain and crypto integrations deters traditional players who lack a high level of technological understanding. Because of its user-friendliness and engaging gameplay, Calvaria stands out from the rest of the gaming industry.

Both traditionalists and supporters of cryptocurrencies will like this game. Anyone can download the game’s free-to-play version from Google Play or the Apple App Store to test out the gameplay and decide if they like it. The play-to-earn variation, however, gives you the opportunity to actually make money with your gaming skills.

You don’t need to download any wallets or spend any money to start playing right away. Calvaria offers you choices and educates you on the benefits of P2E rather than pressuring you into paying real money for crypto tokens and NFT in-game assets. And that is very important. And if you do want to buy in-game Calvaria assets, you can be sure that its blockchain design will make you the only legitimate owner of those items.

The afterlife, a subject that is rarely discussed in video games or the media, will be the game’s primary theme, according to the Calvaria whitepaper. More room exists for creativity and ingenuity. Duels of Eternity, the main game, is currently under development and not released to the general public. However, two demos are accessible right now to pique your interest.

The gamified staking platform with many pools, the scholarship system where you can rent your decks, build a team of players, become a team manager, and the in-game shop where you can buy or sell in-game items make the ecology of Calvaria special.

Due to the project’s avant-garde objectives, KuCoin, Gate.io, XT.com, and other industry titans have all teamed up with it.

1,000,000,000 $RIA tokens will be produced in total, with 300,000,000 set aside for the presale. During the presale period, the tokens will be less expensive. To put it another way, your investment will be less expensive the earlier you make it.
Due to its zero vesting policy, Calvaria is one of the best new cryptocurrencies to invest in. When the product is released, pre-sale buyers will have access to all of their tokens.
Follow the Calvaria project on Twitter and Telegram to stay up to date. In addition, enter Gleam’s Calvaria Giveaway for a chance to win $100,000. 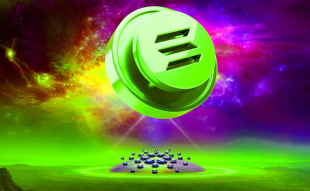