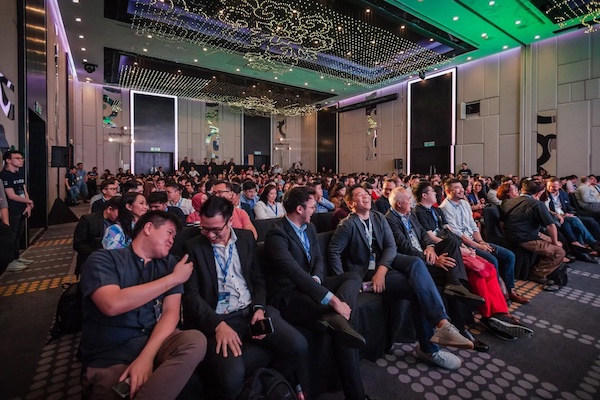 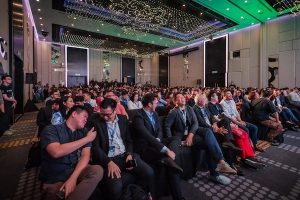 Play-to-earn (P2E) games are currently one of the most widely played types of metaverse games. P2E games, however, are exactly what they sound like—games where players can earn cryptocurrencies and/or NFTs—if you’re still not up to speed. P2E games appear to be a fantastic idea on paper because they allow players to have fun while earning money. But the question is, how long-lasting are these games?

Three cryptocurrency specialists discussed the subject on a panel at Wild Digital SEA 2022, a tech conference put on the Catcha Group. The panelists were, specifically:

* Cheng Guo, the founder and CEO of StepVR

* Cora Chen, the head of China at Polygon

* U-Zyn Chua, the co-founder and CTO of Cake DeFi in Singapore

Given that blockchain technology is still relatively new to the general public, questions about its stability and sustainability have understandably been raised.

In particular, P2E games, which are not without their own controversies, as U-Zyn from Cake DeFi showed during the conversation, have not spared from this in metaverse-related games. U-Zyn said, “We see a lot of players playing it more for money farming than for fun. So you play more to earn money rather than for fun.”

He continued by saying that many of these games are financed by inflation; the more you play, the more tokens you produce, and the more players you draw in. However, he claimed that when blockchain was first developed, mining was its primary game.

According to U-Zyn, mining is basically a game where you do something to improve yourself while also enhancing the ecology. “Because the mining you do secures the blockchain and increases its sturdiness and security.” However, he hasn’t yet encountered this idea of enrichment in P2E games. According to him, everyone who farms in a P2E game is harming the community and the other players by taking something from them. He continued, “It’s a race, kind of the bottom.” U-Zyn wants play-to-earn games to find a solution that will allow players to act in a way that benefits everyone in the ecosystem, much like a real-world economy.

The most crucial factor for a P2E game, according to Cheng Guo of StepVR in China, is that it must truly be playable. This transformation, he continued, “will only take place in the metaverse because, if we make a game now, we’re competing with [studios like] Blizzard and Activision, who spend billions of dollars annually on a select few games. That much money is required to make a game.

Cheng thinks it is absurd to expect NFT-related games to compete with those games in terms of enjoyment given the budget gap. Instead, he thinks that before new gaming methods, like StepVR’s technology, which the company’s creator compares to the technology in Steven Spielberg’s sci-fi movie Ready Player One, can disrupt the game industry, the infrastructure needs to be enhanced.

The primary issue with P2E games, according to Cora from Polygon, a platform for Ethereum scaling and infrastructure development and Web3, is that the developers don’t know how to combine the gameplay experience, earning potential, and sustainability.

When Web2 gaming industry players transition to it, she claimed, “many of them instantly worry about establishing the tokenomics and don’t really think about increasing the quality of the gaming.”

She also made the observation that the lifespans of Web3 games are shorter since players are more concerned with making money than with actually having fun. U-Zyn concurred, emphasizing once more how crucial the game’s caliber is. He claimed that instead of inflating the economy, developers should consider making something in-game that genuinely benefits the players in order to make it more sustainable.

The panelists have so far appeared to be concentrating on the playability and quality of the game. However, what actually constitutes a good game? Even among the panelists, given the subjectivity of the subject, there were some differing viewpoints.

The creator of StepVR thinks creating new gameplay is significantly more difficult than creating a metaverse adaptation of an already existing game format. Therefore, his suggestion is to simply “change another way to play it” rather than setting yourself the challenge of creating fresh gameplay.

People adore it when you use the gameplay from other video games, such as Counter-Strike, League of Legends, and PUBG, he said. Imagine players of PUBG running about in a virtual world; that is what happens in our arena.

“Then, we have the chance to incorporate tokenomics within,” he continued. Since it can then be played. Enjoyable to play.

Cheng claimed that StepVR has proved and verified this hypothesis through their work, having created a Counter-Strike-like game last year that was “extremely simple to make.” The founder claimed that the game had accommodated over 700,000 participants in a single game within StepVR’s virtual reality arena.

Cora, however, has a slightly different viewpoint. She thinks it’s critical to have crypto-native IP, particularly to encourage widespread use of the metaverse.

She mentioned that she has spoken with cryptocurrency game entrepreneurs who claim they want to create the Web3 version of Counter-Strike or PUBG. But she has some concerns about these startups.

Are you certain that you can draw a large number of Web2 users to your platform? she asks. “Why did they choose to visit your platform? How many of them want to play the exact same game or one that is similar again?

As an example of a successful crypto-native game, Cora pointed to the well-known P2E game Axie Infinity.

Putting playability aside, mass adoption is one of the community’s next goals. According to Cheng, the infrastructure must be prioritized in order to encourage widespread adoption of the technology.

As for Cora, Polygon will undoubtedly play a role in encouraging the widespread acceptance of the future of gaming since they have worked with well-known companies like EA, Activision, and more.

U-Zyn stated that, given the promise of blockchain technology, he would like to see more people use it. He claimed that NFTs “exploit immutability.” “Open execution and open global stake machine are the other component of blockchains. That point, in my opinion, is not being used at the moment.

As a result, according to U-Zyn, games that do NFTs and stake them outside of the game as well as games that use an open global stake machine that players can trust are the future of GameFi (decentralized gaming and finance).

By using simply NFT for GameFi and the metaverse, he said, “We’re losing a significant portion of the benefits of blockchain.” Even while it seems that these panelists aren’t entirely optimistic about the current status of P2E games, particularly in terms of their playability, they still appear to have faith for the industry as a whole. 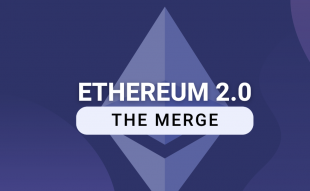 With Successful Ethereum Merge, Which Direction Is Ethereum’s Price Headed?