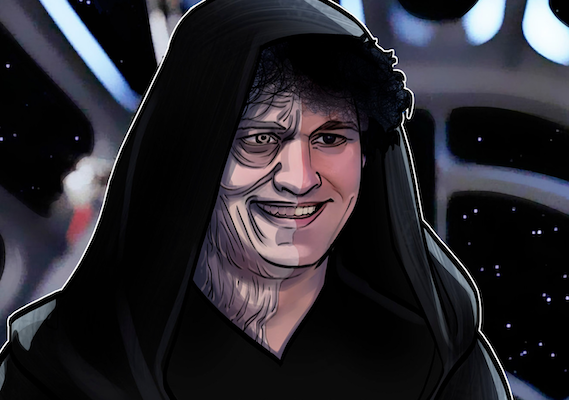 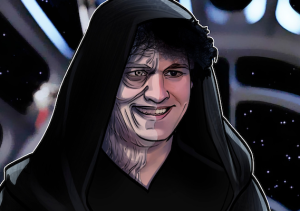 Sam Bankman-Fried tweeted a warm welcome to a promising new customer base for FTX on November 3, just days before his cryptocurrency enterprise imploded. “Hello, West Africa!” he tweeted, announcing that his company, FTX, was now accepting West African francs as payment. Anyone in the region searching for a place to store their cash and engage in a little cryptocurrency trading could immediately register an account with his business. Although Sub-Saharan Africa only makes up 2% of global cryptocurrency trading, popularity has increased recently, and cryptocurrency advocates have long viewed the region as a testing ground for some of the technology’s useful applications, such as streamlining remittances.

Instead of trading bitcoin or ethereum, a large portion of FTX users in Africa merely used the site to exchange their local currencies for less volatile U.S. dollars, which they could then store while earning the 8 percent annual interest rate that FTX advertised up until the time of its death. A Twitter user going by the handle BeerLife, who describes himself as a “Lover of Beer, Blockchain, and Bull Dog,” responded to SBF’s greeting on that particular day with a warning: “Beware West Africa, just like every other Westerners you’ve dealt with, this one is only looking to steal your money.”

The marketing strategy used by FTX in Africa was a regional adaptation of the company’s U.S. playbook, and SBF’s ambition was always global in scope. In a commercial shot by FTX Africa, a number of well-known Nollywood actresses and local influencers took the place of Tom Brady and Larry David; instead of giving away $500 in cryptocurrency to spectators at a Miami Heat game in the location that was once known as FTX Arena, FTX Africa ran a promotion offering $5 to Ghanaian users willing to open a new account.

Numerous campus ambassadors recruited to encourage others to use the exchange were the main channel through which FTX Africa’s marketing efforts were channeled. The majority of ambassadors were university students who worked unpaid in the hopes of one day getting a job or earning referral commissions based on how many people they recruited. (Some aspects of the cryptocurrency sector have always resembled multilevel marketing, and practically every other significant crypto player uses networks in Africa that are quite similar; one was already excitedly offering jobs to FTX Africa ambassadors who were suddenly seeking employment.)

Godson Joseph, an FTX campus ambassador in Nigeria, said that in order to get paid, you had to host a good event. A frequent presence on FTX Africa’s social media platforms, money being deposited into FTX accounts, and persuading the marketing team that you could draw a few hundred people to a pitch were requirements for being granted the right to host an event. Typically, lunch was served. Any new account signups would earn ambassadors a commission, and a respectable turnout could bring in $200 for each ambassador. Joseph, who informed me that he had been employed by the business since February, had anticipated hosting his first event in December and receiving his first payment.

The folks who had relied on FTX’s local promoters were crushed by the company’s sudden demise. Many Nigerians I spoke with claimed that they had lost all of their life savings, including six figures in one case, $10,000 in another, and the meager $100 that someone had managed to pull together. After losing millions in an FTX account, Nigerian cryptocurrency startup Nestcoin was forced to fire at least 30 employees, and many believed the infection would spread to other African cryptocurrency firms. Harrison Obiefule, a Nigerian who oversaw FTX Africa’s marketing initiatives, posted on Twitter the day FTX declared bankruptcy, saying, “I should start by noting that I’m now in hiding.” “I’ve been receiving calls and threats 24/7 from strangers, family members, and celebrities. The effects are still being felt. He listed a laptop for sale on Twitter and marked his profile with a peace sign emoji.

I also had a conversation with 34-year-old Nigerian Emmanuel Godswill, a founding member of the peculiar FTT DAO, a “community dedicated to FTT, the native token of cryptocurrency exchange FTX.” (A decentralized autonomous organization, or DAO, is a type of club that utilizes cryptography.) Members proudly referred to one another as “Bankman-Fried Fans,” or BFFs. Godswill and other BFFs, many of whom were from Africa, hosted events to advertise the virtues of blockchain technology and the good they might accomplish together if they all joined FTX and pooled their resources, such as donating books to schools and aiding flood victims in Nigeria. Godswill once expressed his want for attendees to be able to return home and tell their loved ones that the event had been “the turning point for my life” while standing onstage in front of a ten-foot-tall banner bearing SBF’s face.

Godswill admitted to me that he lost some money in the FTX collapse—”Not much, but for me it was a lot”—but what really upset him was the time and effort he had invested in advancing SBF’s goals. Godswill claimed he was supporting his family on $20 per month before to beginning work with FTX and a few other cryptocurrency businesses. He asserted that it was feasible to trade your way to such sums, saying that in the cryptocurrency field, “if you put your skill to work properly, you could earn $10,000 in a month or two months.” But where do you begin? Godswill outlined how FTT DAO fit into this situation. He added, “This group is providing that education at no cost to you. Almost like salvation has arrived. He was in his Uyo house when we phoned, and the youngest of his three kids was sobbing in the distance. He was still attempting to comprehend what had just taken place. It felt like we were evangelizing in the streets while toting that man on our heads, according to Godswill. “We worked tirelessly and selflessly. We believed. And he destroyed it.” 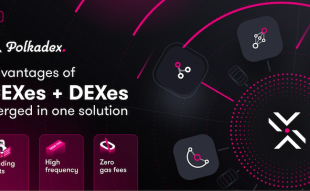 An interview with Polkadex CEO Gautham J. about a DEX similar to CEX