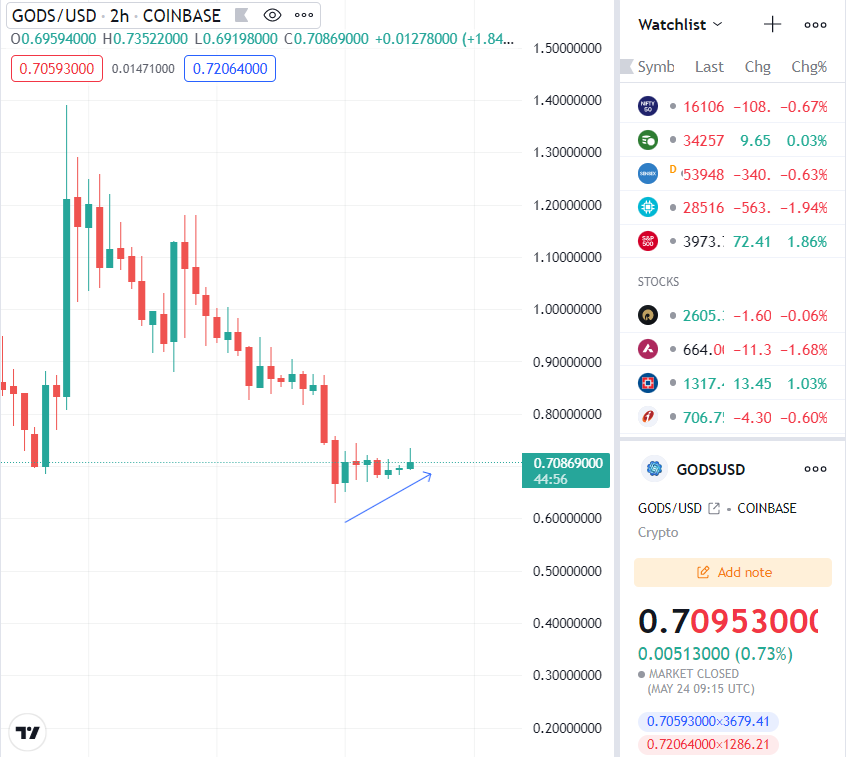 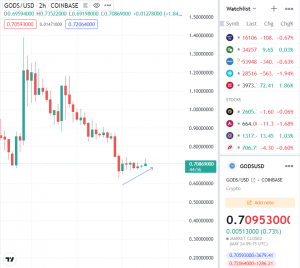 Today’s pump along with Bitcoin also moving closer to $30,000, could result in GODS breaking its previous support level and showing bullish action for the days to come.

What is Gods Unchained?

In the gaming business, Gods Unchained is a new cryptocurrency-based game. Like Magic: The Gathering Arena, it is a free-to-play virtual trading card game. As a “pay-to-play” trading card game, the virtual game Gods Unchained claims to be free to play. As a result, customers can purchase game and also items that may be sold in-game.

Players will acquire the local GODS token, which is used as a payment mechanism throughout the game. Due to the fact that rare cards may be traded for GODS, which can be exchanged for fiat money, they have a specific monetary value in the real world. Playing more often is encouraged by the fact that players may keep all of their collectibles.

The game was originally unveiled in 2018 when the first legendary card was sold. Since then, they’ve sold huge number of cards, received $15 million in Series A funding, and published the very first season of the game. NFT and blockchain-based games such as this one are becoming more popular with those who want to earn simultaneously while having fun.

In terms of cryptocurrency and blockchain initiatives, Gods Unchained is one of the biggest games out there. Many mobile games based on cryptocurrency are already available, but introducing blockchain to an online strategy game might be a groundbreaking innovation.

In the past, gamers have purchased items from a game store that they don’t own. In most cases, you won’t be able to resell the skins, weapons, and armour that such games provide you.

Gods Unchained mints NFTs on a layer 2 Ethereum network. Each of these cards is a priceless digital asset in the hands of the player. Real-world money may be traded for GODS currency in the game.

The Gods Unchained project has the potential to resolve a big issue in gaming: players spend billions of dollars each year on in-game purchases. Players of Gods Unchained may win money and collectible cards just by participating in the game.

Since its peak of $8.9 in December 2021, GODS unchained has retraced nearly 97.5 percent. It’s been a bear market for both Bitcoin and ETH since the $69,000 and $4,800 levels, contributing considerably to the decline.

As Axie Infinity (AXS1660x)’s Bull Run in 2021 showed, play-to-earn cryptos may divorce from Bitcoin and embark on explosive bull runs when they’re hot and famous amongst players.

Due to panic selling following Terra’s (LUNA) meltdown, P2E and NFT-related coins like GMT and APT surpassed the remaining of the blockchain market last month before eventually correcting. Lucky Block (LBLOCK), a cryptocurrency gaming platform, benefitted greatly this week, putting in an uptick price rise of 90%. 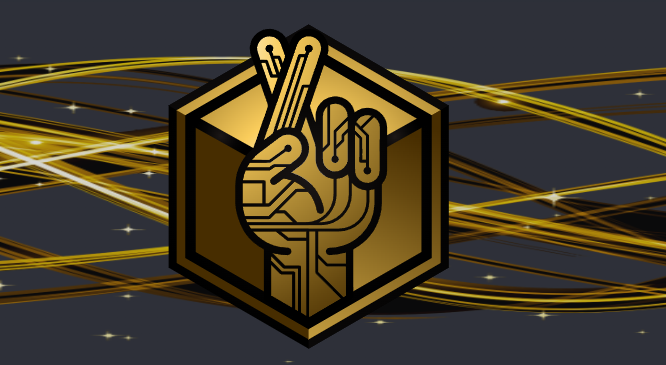 Is it possible that Gods Unchained will be released in 2022? There’s no guarantee that the price will recover from its present low, but in the near run, it might at least retest the $2 range — twice its current price point. The weekly price chart shows that the GODs price is now above the diagonal trendline.

Today, the GODS market cap is under $22 million, which places it at the bottom of the Coinmarketcap rankings. It is simpler for low-cap cryptos to rise in value than it is for mid-cap cryptos.

GODS has been surging since their statement that royalty fees will be added to Gods Unchained NFTs placed on NFT markets such as OpenSea.

The developers have also indicated that a portion of the earnings would go to the GODS staking pool. This increases the incentive to acquire and stake GODS and contributes to the long-term sustainability of the GODS ecosystem.

The Gods Unchained game is backed by Nirvana Capital, Coinbase, Galaxy Digital and other venture capital firms, so it’s not going anywhere anytime soon. According to the website, there are over 307 million players.

Go to godsunchained.com for more information about $GODS tokenomics and how it interacts with X’s Layer-2 Immutable Blockchain layer-2.com. Over the last several days, BitStamp has seen an increase of more than 10% for ImmutableX (IMX).

Only 5% of the current GODS supply has been unlocked. Out of the entire quantity of 500 million GODS, 23.6 million tokens are now in use.

Investors may want to “wait for confirmation,” which basically would be a series of weekly candle closures above the $1 support level, as well as a green month-to-month candle closure for the Gods Unchained price in May 2022. The balance of the year would thus most probably see the rising trend continue.

It is possible that this week’s GODS pump may turn into a rapid increase, culminating to a bearish price reversal of the $1 level if past support is changed into new resistance. In addition, it will begin pumping by the year 2021.

Where to Buy Gods Unchained from

Gods Unchained Token can be bought on multiple platforms such as

We suggest buying from Bitstamp.com as it stores 98% of its assets offline in cold crypto storage, which is considered very safe. You can also visit the Bitstamp official website to learn more about this UK headquartered company. 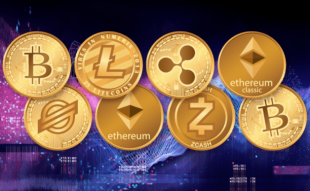 The crypto market began the final week of May 2022 on an uptrend. Crypto ...