After much anticipation, Gods of Asgard is out with its latest demo, and we got to say, it looks like blockchain games are about to go toe to toe against mainstream gaming. This third-person action P2E game feels good – and the high-fidelity graphics as you go around the Viking lands of Norse Mythology look great.

Battle Royale games have been around for a long time. But when PUBG came to the fold, the whole crowd went wild. Fortnite was able to capitalize on it with its unique approach – but all were shooting games. There was no hack-and-slash involved. It all changed with the introduction of Naraka Bladepoint – a game that brought ancient Asian culture and weaponry to gaming.

But with Gods of Asgard, we have players with huge weaponry fighting across the lands to win patches – with a P2E spin. This “last man standing” game is sure to attract a larger crowd – and not just the crypto one.

To play, players must first mint the NFT in the game and then download it. To earn, you got to win matches – or rent out your NFTs to other players. There is also an NFT marketplace where you can sell your loot for real crypto.

Built on the Avalanche blockchain, this game doesn’t game too much block space. That means there is room for more upgrades to come, and the earning potential of this game will likely increase in the near future.

Tamadoge does have a Wider Appeal

Gods of Asgard is amazing, and it is finally good to see a blockchain game that takes so much about the graphics. Another crowd-favorite-crypto – Battle Infinity – aims to do the same thing but on a larger scale.

However, there is one aspect of blockchain gaming that Tamadoge is better at – community. And when combined with the Tamadoge Pets and the Tamagotchi aesthetics – you have a game that’s fun to play for all ages.

Also, Tamadoge has all that Gods of Asgard promise in the play-to-earn gaming ecosystem -but better. For one, it will implement an augmented reality ecosystem where you can not only own the Tamadoge pets but interact with them.

And another reason that the crypto crowd is more bullish about Tamadoge – as evident by its incredibly successful – is the fact that it is built on the Ethereum Blockchain. It is a tried and tested chain that will grow in even more value when the Merge Upgrade finally arrives.

Tamadoge has surpassed the $8.5 million funding milestone and entered the presale’s sixth phase. And with it, the cost of TAMA has increased. 1 USDT will now net you 40.00 TAMA. The devs announced LBank listing once the token met the presale target. And the day is coming soon because only 40% of the presale tokens remain.

From the fact that it is brandishing itself as a memecoin to being leading metaverse crypto, Tamadoge has raised the bar for the best memecoins in the industry. Its play-to-earn ecosystem is huge, the possibilities of earnings are great, and it doesn’t levy any taxes on the transaction. Tamadoge has complete faith in its ecosystem to generate wealth, and the crowd loves it for it.

Gods of Asgard looks great, but if you want crypto with a more traditional gaming approach, wait for Tamadoge. 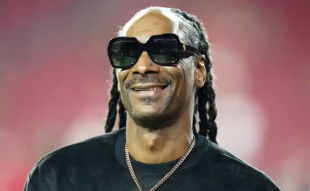 Join Our Telegram channel to stay up to date on breaking news coverage Eminem ...