Authorities in France have proposed a new crypto bill that will allow the seizure of digital assets belonging to criminals. With this bill, any investor involved in illicit activities through their accounts is at risk of forfeiting their assets to the authorities. The bill has now been presented for deliberation at the house level.

France President Emmanuel Macron’s decision to introduce this new bill is similar to the effort unfolding in the United Kingdom. UK newly elected prime minister Liz Truss has vowed to carry on with his predecessor’s plans to expand authority to seize and recover crypto assets. Recall that UK’s Former prime minister, Boris Johnson, under its May Economic crime bill, promised to recover crypto assets and expand its authority to confiscate illegal assets.

The President is optimistic that the new bill will strengthen the regulations of the crypto space, thereby making it tedious for criminals to perpetuate illicit transactions without being tamed.

The new bill gives the Police more authority to seize assets that can be used to launder money. According to the bill draft: “Too often, criminals convert the fruits of their wrongdoing into crypto assets, which can be more easily dispersed and therefore concealed.”

The bill further empowers financial institutions to hold the assets of any suspect once a public prosecutor or investigating judge has granted permission.

It further states, “Police agents will be equipped with high-performance and innovative equipment and benefit from real estate offering renovated working and reception conditions and meeting increased training needs.”

The laws that are obtainable in traditional banking will also be replicated in the digital assets sphere.

The bill is geared towards addressing prevailing issues in the virtual space. These issues include ransomware payment and several other matters under the jurisdiction of French Interior Minister Gerald Darmanin. According to Darmanin, some of these issues include the formation of 200 new rural police squads and modifications in handling domestic violence cases.

Furthermore, the French Senate constitutional law committee will review the Bill in charge of assessing the country’s criminal code. The committee will address it during their next sitting next week.

However, crypto investors in France have continually encountered inconsistencies regarding regulations. As a result of this inconsistency, F1 Race crypto ads were removed in July. 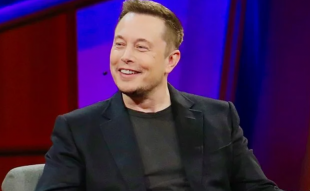 Join Our Telegram channel to stay up to date on breaking news coverage Co-Founder ...