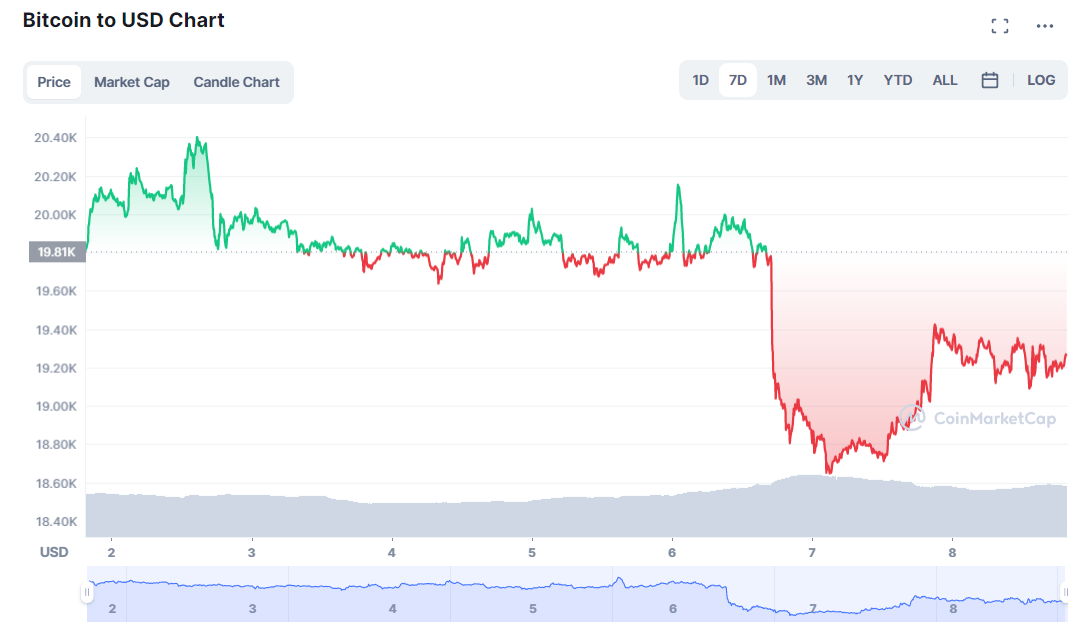 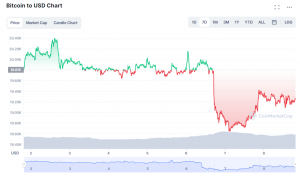 Crypto enthusiasts have long been recognized for their unwavering faith in the currency’s ability to recover, but what if they start to doubt it? As the price of Bitcoin and other cryptocurrencies continues to decline, some leading experts issued warnings that investors are displaying severe signals of risk aversion.

The “daily range” of Bitcoin is constantly shrinking, which signals that investors may ultimately start selling in large quantities if it suffers another significant drop. Considering these concerning signs, market analysts fear that phase of market capitulation is on its way for this crypto giant.

When investors lose hope in a cryptocurrency and dump their holdings aggressively, this is referred to as capitulation or a period of aggressive selling activity. It is frequently alluded to as “panic selling” as, during a time of capitulation, investors sell their investments at a slightly higher rate, thereby rapidly bringing the asset price to a lower level.

Cryptocurrency markets experience capitulations, which are frequently greater and more rapid than established markets. The sharp decline in the price of Bitcoin in January 2015 serves as a compelling illustration of this.

Even the month of September failed to bring any respite for Bitcoin and other cryptocurrencies. The value of Bitcoin increased to $20,300 on September 2 until sliding down in conjunction with a decline in the share market, and it has since fallen by less than 1% to $19,700. At the time of writing, the price of this cryptocurrency is $19,187.98.

The above stats capture the ‘not so memorable’ journey of the largest crypto asset when its price has been outside of the $20,000 to $25,000 zone, where it has lingered for most of the summer. Since the daily range of Bitcoin is getting narrow, experts are of the opinion that a massive capitulation is on its way.

The price of Bitcoin has been adversely affected by the strict monetary tightening made by the US Federal Reserve to curb the horrors of inflation. Considering the present state of affairs, investors are turning to safer investments like bonds and the US dollar.

Cryptocurrency supporters believe these assets should operate independently from stock markets, more like gold. However, the extremely volatile digital currencies had fallen in tandem with the conventional stock markets. Lately, Bitcoin has deviated from this trend, bypassing the latest selloffs in the share market.

Market analysts say that bulls are hanging on to their position very effectively despite the pressure to sell to make profits and keep the value high. This move of the bulls is paying off well in their favor as they are able to save Bitcoin from the stock market’s problems and buoyancy, notwithstanding the US dollar’s ongoing appreciation against other major world currencies.

Is the Market Capitulation the Basis for the Next Bull Cycle?

When investors give up hope, they might be said to have capitulated when they embrace losses and give up prior profits. After the capitulation’s panic selling phase concludes, it is possible that a period of consolidation, sideways price fluctuations, may begin, or an upward movement could take place that could ultimately signal the start of a bull run.

Because capitulation events are typically characterized by fear, uncertainty, and panic, the selling pressure increases above average levels and reaches oversold circumstances, which frequently results in price reversals and significant upward trends. The likelihood that a price decrease will be accompanied by a significant bounce increases with how quick and severe it is.

Therefore, if the market capitulation of Bitcoin happens, it is expected that Bitcoin will bounce back after the conclusion of the capitulation phase. Looking at the way bulls are keeping their hopes on this digital asset, it would be interesting to see whether this crypto giant would survive these adverse market conditions and be back on track in terms of its price and stability.

We suggest checking out other projects such as Tamadoge and Battle Infinity in such times. They are unique in their value proposition and come with several use cases.

As of now, Tamadoge is in the presale phase, and it has already raised above $12 million USDT. You can read the full whitepaper and roadmap of Tamadoge here. 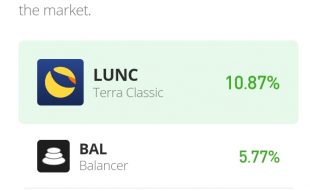 Balancer Price Analysis for 8th of September: BAL/USD Continues Above the $7.0000 Resistance Level