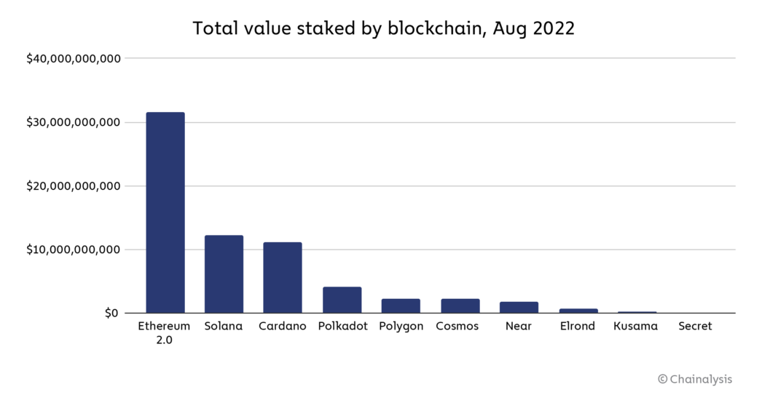 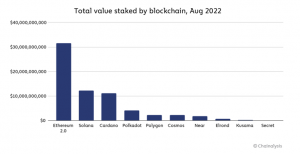 The much-anticipated transition of Ethereum (ETH) from a proof-of-work to a proof-of-stake consensus mechanism is just around the corner.

This historical upgrade – to blockchain technology in a bitcoin – is known as “The Merge.”

Following the Merge, the institutional interest in the token is anticipated to increase due to the second largest cryptocurrency’s decision to switch to a proof-of-stake mechanism.

According to Chainalysis’s most recent research, this would add staking incentives.

According to the blockchain analysis firm, ETH should act like bonds and commodities, increasing institutional investors’ confidence in the token after the Merge.

Additionally, the high staking payouts, which might increase to 15% yearly, would lure institutional investors. In contrast, investors receive a return of 3.5% on U.S. Treasury bonds.

The research observed that during the previous year, the number of institutional investors (wallets staking over $1 million ETH) had climbed by almost 5 times.

The research argued that institutional investors increased to 1100 as of August 2022, up from fewer than 250 in January 2021.

Chainalysis stated that with the Merge planned to reduce Ethereum’s energy usage by 99%, institutional investors with sustainability commitments would grow more comfortable with the asset.

According to Chainalysis, the Merge will be a forerunner to future Ethereum ecosystem upgrades.

According to the blockchain analytics firm, post-merger scalability upgrades to increase Ethereum’s performance and cut its high gas prices are on the way.

Vitalik Buterin, the co-founder of Ethereum, previously stated that the Merge would only make Ethereum 55% complete.

The other stages of the blockchain network evolution, according to Buterin, are “the surge, the verge, the purge, and the splurge.”

According to the analysis, Ethereum miners would have to find another network to use their equipment, and Bitcoin (BTC) is not an option.

According to the research paper, Ethereum mining equipment could not efficiently mine Bitcoin because Bitcoin miners utilize ASIC devices, but Ethereum employs GPUs and is ASIC-resistant. 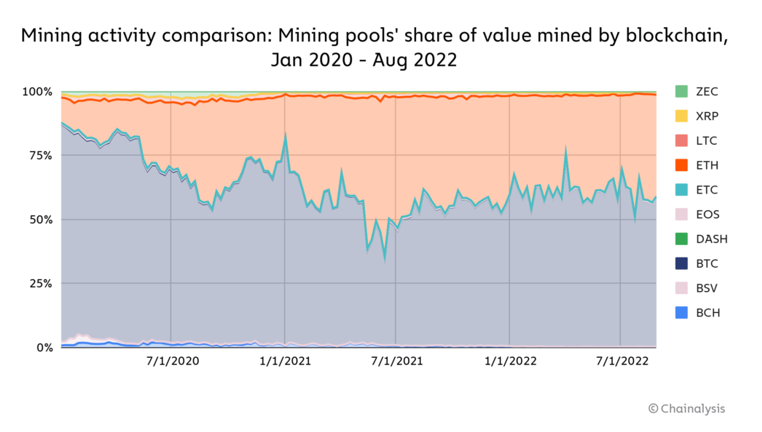 That means migration to proof-of-stake is predicted to harm both miners and GPU makers.

Ethereum mining accounts for 97% of all GPU mining activity, whereas other networks suited for GPU mining have a market worth of only $4.1 billion.

However, Ethereum miners can continue to use certain Ethereum-based services and protocols, such as Render Network and Livepeer (LPT), which rely on GPU power for specific tasks and compensate the operators.

Meanwhile, miners can start mining other assets such as Ergo (ERG), Ethereum Classic (ETC), and so on.

Upcoming Changes with The Merge

The Merge is not expected to change the pricing of Ethereum transactions, though.

Future network upgrades, such as danksharding and proto-danksharding, may help to reduce Ethereum’s high network expenses.

However, these are not likely to be implemented until at least 2023.

The immediate solution to Ethereum’s transaction cost problems is rollups, which are third-party networks like Arbitrum and Optimism that package and carry out transactions apart from Ethereum’s mainnet.

The proof-of-work algorithm used by Ethereum currently generates blocks on average every 13 or 14 seconds.

Proof-of-stake (PoS) blocks will be released after the Merger at 12-second intervals. This is hardly an improvement for most users.

Yet, it maintains Ethereum behind most blockchain networks like Solana and Avalanche while placing it far ahead of the number one cryptocurrency, Bitcoin, where a new block is typically produced every 10 minutes.

With so many unknowns and circumstances, forecasting what will happen to the price of Ethereum’s token because of the Merge is impossible.

The Ethereum community has been positioning the Merge as a substantial improvement to the network’s underlying infrastructure for years.

PoS will introduce a new sort of utility for Ethereum’s native ether currency in the form of staking, in addition to alleviating environmental concerns.

However, the Merge does not guarantee that the price of ETH will grow.

The Merge will also change the rate where such ether is created and how it is dispersed.

These changes may be helpful or destructive, based on who you ask.

Now the most pressing question.

According to the Ethereum Organization, a non-profit institution that supports the development of the Ethereum ecosystem, PoS will lower Ethereum’s energy usage by around 99.95%.

PoS proponents further argue that PoW mining focuses power on the control of those who can afford to purchase pricey crypto mining systems, likely ASICs.

They argue that PoS, which grants network control to individuals who “stake” cryptocurrency on the network, makes attacks financially infeasible and self-defeating.

They also note that PoS is a less combat approach than PoW, which has proven to be a dependable backbone for the two major blockchain networks.

There is also the, though slightly remote, risk that the Merge may fail or that PoS would be to a lesser extent secure than PoW.

There is also a lot of speculation that the entire Merge has already been priced into the market.

However, Environmental considerations were a significant factor in the decision to convert to proof-of-stake because the network’s prior consensus procedure consumes a lot of energy.

Validators battle in a proof-of-work environment to solve challenging mathematical puzzles as fast as they can to earn rewards.

Since nodes waste a lot of energy trying to solve problems repeatedly but failing, this system is viewed by many as being inefficient.

PoS is designed to pick a validator at random to validate each transaction that must be logged within the blockchain once at a time to overcome this problem.

If the company depended on staking pool assets, it would be required to divide a certain amount of ETH that is paid to the validator after the transaction is put into the chain. 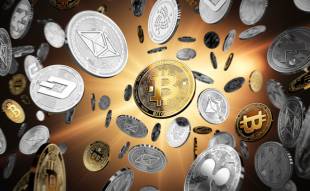