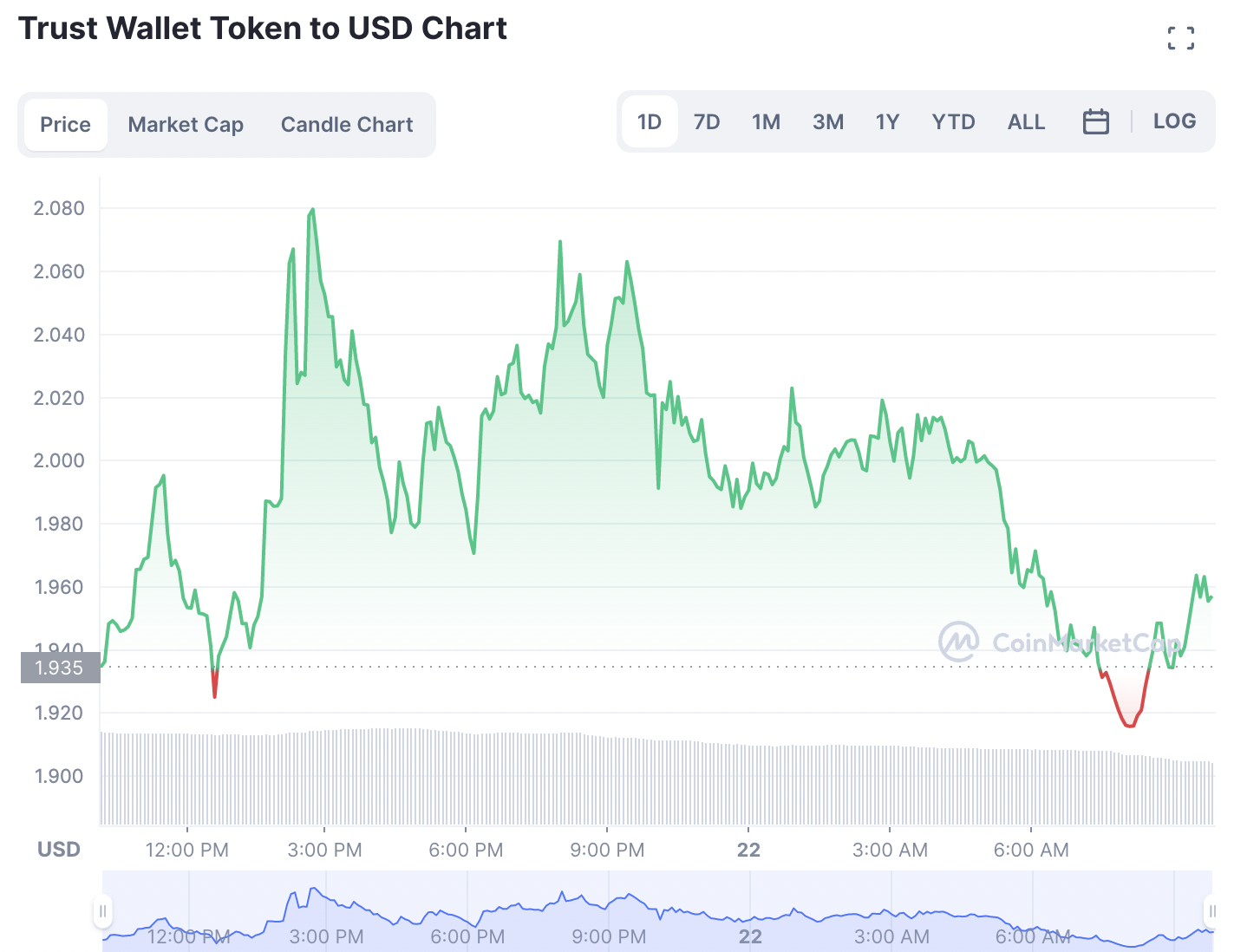 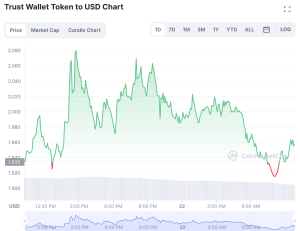 Commonly abbreviated to “TWT,” the Trust Wallet Token is a simple BEP-20 utility token that grants Trust Wallet users access to a wide range of benefits and incentives. Thousands of native assets and other prominent tokens on the TRON, Ethereum, and Binance blockchains are accepted in the Trust Wallet mobile cryptocurrency wallet. Trust Wallet is an e-wallet service that was created, and is being run, by Trust Wallet.

TWT token holders have access to a variety of benefits while making use of Trust Wallet, including as discounts on in-app cryptocurrency transactions and the use of benefits rendered by decentralized exchanges (DEX). The holders of TWT tokens have a voice in guiding the future of Trust Wallet by voting on proposed changes and participating in the governance of the app.

Over the past few days, the price of Trust Wallet Token has been moving steadily higher, and it is presently gaining momentum in preparation for another possible rise. Because of this, there has been a favorable influence on the alternative cryptocurrency, as seen by the fact that the TWT Price is presently trading well above 20, 50 SMA on the price chart on CoinMarketCap.

As long as the bears are unable to reach the support level that was set at $2, the rise is quite likely to cause them a great deal of frustration. The $2.35 level is the altcoins barrier, which is something the bulls will have to ensure they are able to overcome in the days to come in order to continue their upward momentum.

What Led To The Spike?

These are some of the reasons Trust Wallet Token Price’s soared.

After the failure of FTX and the widespread bank run on cryptocurrency exchanges, users are increasingly turning to the self-custody Trust Wallet. The wallet has released its long-awaited browser extension for Windows computers.

Launched on November 14 and available in Google Chrome and Opera, the browser extension is currently widely used. Tokens may be stored, sent, and received between any two users on any chain of the Ethereum Virtual Machine (EVM) and Solana thanks to this add-on.

The network auto-detect feature also means that users may have a seamless DApp experience without having to manually add networks. The add-on is compatible with EVM and non-EVM blockchain connections in addition to hardware wallets, multiple wallets, NFT, and fiat on-ramp providers.

Binance introduced Binance Pay with Trust Wallet integration just two days after releasing its browser extension. With this update, Trust Wallet joins the roster of supported withdrawal methods for the platform. This means that sending money to a Trust Wallet account no longer requires the user to scan a QR code.

Not only is the blockchain gas pricing the only expense, but sending from Binance to the wallet is free. Similarly, Coinbase Pay can be integrated with no problems. The product manager at Coinbase has stated that the connection facilitates customers’ “bridge to web3” by making self-custody wallet financing as simple as possible.

After the FTX collapse, all eyes have been on TWT. Nonetheless, that isn’t the only place flourishing because of the influx of new money. According to CoinMarketCap, the value of the cryptocurrency has increased by millions in the past week, reaching $840.14 million. Midway through the week, it broke the previous record by $1 billion.

Additionally, the cryptocurrency is getting a lot of interest from whales. Recent days have seen a rise in whale accumulation as a result of TWT’s continued low price. Experts agree that during the last run, the percentage of TWT owned by addresses with balances between 1,000,000 and 10,000,000,000 TWT rose. The token’s 24-hour trading volume has dropped by 15%, but it has a potential of rising in the near future.

The price of Trust Wallet Token is currently on an upward trend and does not appear to be slowing down any time in the near future. The optimistic argument is supported by the technical indicators, and the bulls have the intention of advancing their cause in the near future.

Dash 2 Trade is another cryptocurrency that is now participating in a presale and is already generating headlines as the “Most Successful Presale Of 2022.”

This is the week in which you cannot afford to pass up the opportunity to purchase the D2T cryptocurrency, which is now in presale stage 3. It is the native coin of the Dash 2 Trade marketplace and can be purchased for 0.0533 USDT at the current market price.

If you buy D2T now, you will realize enormous gains once the coin is released and put it into circulation. D2T has a big use case because it is the native token of the Dash 2 Trade platform. Subscribers will utilize the coin to connect to the site and have access to a variety of functions.

Over 70,000 businesses have signed on in favor of the platform, demonstrating its widespread community support. Dash 2 Trade is a piece of cryptocurrency analysis software that provides investors with in-depth information about the digital currency they are either trading or contemplating trading in the future.

Users with less experience in the bitcoin market might benefit from the site’s suggestions for trading strategies. Chart patterns, on-chain statistics, DEX and CEX listing and trading pairings are just some of the new features coming to Dash 2 Trade, which already includes charts and crypto signals. 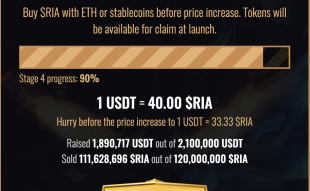