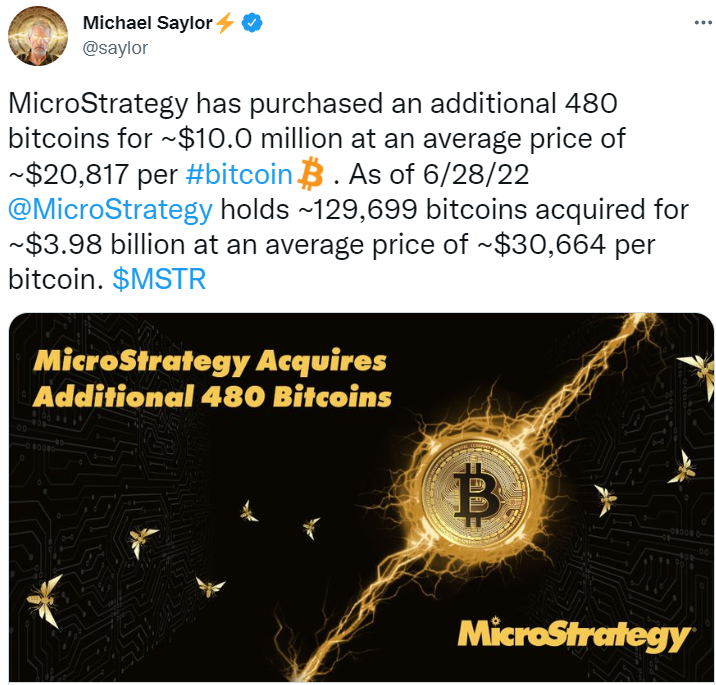 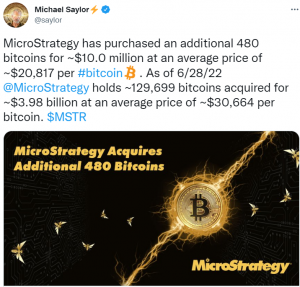 MicroStrategy, a business intelligence company, owns the most number of Bitcoin of any entity in the world. CEO Michael Saylor may be feeling some regret right now after his holdings have lost billions in valuation after the cryptocurrency crash.

However, Michael Saylor may be sweating right now after the cryptocurrency crash of mid 2022 – the bear market has been dubbed ‘crypto winter’ in media. Microstrategy’s BTC holdings are valued at approximately $3.4 billion less in the 2nd quarter of 2022 than in the first. The drop in BTC has also created a downward spiral in the MicroStrategy stock.

This equates to a 58% decrease Quarter-on-Quarter (QoQ). Since MicroStrategy began holding Bitcoin, their average price per Bitcoin is worth approximately $30,700. Therefore, the total BTC holdings of the company are down 39%. However, the company has no plans to sell its BTC holdings.

While many institutional investors have become wary of Bitcoin in the past few months, MicroStrategy is buying even more assets. On June 29th, Michael Saylor announced a new purchase made by his company.

Taking to Twitter, the MicroStrategy CEO stated that the company purchased an additional 480 bitcoins at an average of $20,817 per token. The total investment rounds up to $10 million. The company is in BTC for the long haul, with no plans to sell any BTC holdings in the coming months. 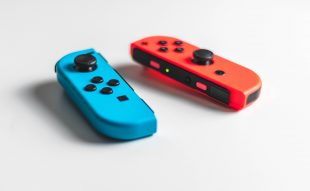 Polium One, a startup dedicated to infrastructure development for Web3 gaming, has announced plans ...