Homenewsdharma labs pauses deposits or loans for the time being

Dharma, a cryptocurrency lender based in San Francisco, is pausing any upcoming deposits or loans on its platform. They revealed this information via a set of tweets on August 7th, reports CoinTelegraph:

Update from Dharma HQ: We’re hard at work to make Dharma the easiest place to borrow and lend cryptocurrencies. We’ll have a lot more to share soon. For now, we’re pausing new deposits and loans in Dharma. If you have an existing deposit or loan with Dharma, you’ll still be able to access your account and will have the option to withdraw any funds that are not currently locked up. The next chapter of this story is going to be exciting. We look forward to helping you compound your wealth. Get the latest updates by signing up with your email address at (link: http://dharma.io) dharma.io.

This is somewhat surprising, considering Dharma is so new. In fact, the company brought in around $7 million from investors this February, with Coinbase Ventures being one such example.

The Block Crypto also clarifies that some of these funds would apply to Lever, Dharma’s platform that provides instant margin loans for people who not only buy cryptocurrency but those who do so in incredibly high volumes.

Max Bronstein, the head of the Dharma Labs marketing team, spoke a bit more about Lever:

“Investors can take out loans against a number of different assets in sheer minutes, counter-party risk can be eliminated by smart contracts, borrowers can freely move their principal anywhere they’d like, and most importantly, all of this can be done at almost half of the cost offered by traditional lenders.”

The publication also reported previously that Dharma launched a “public-facing” lending service this April. Back then, they had revealed that the service could work with any wallet on the market. However, at that time, only Ether and DAI were possible. 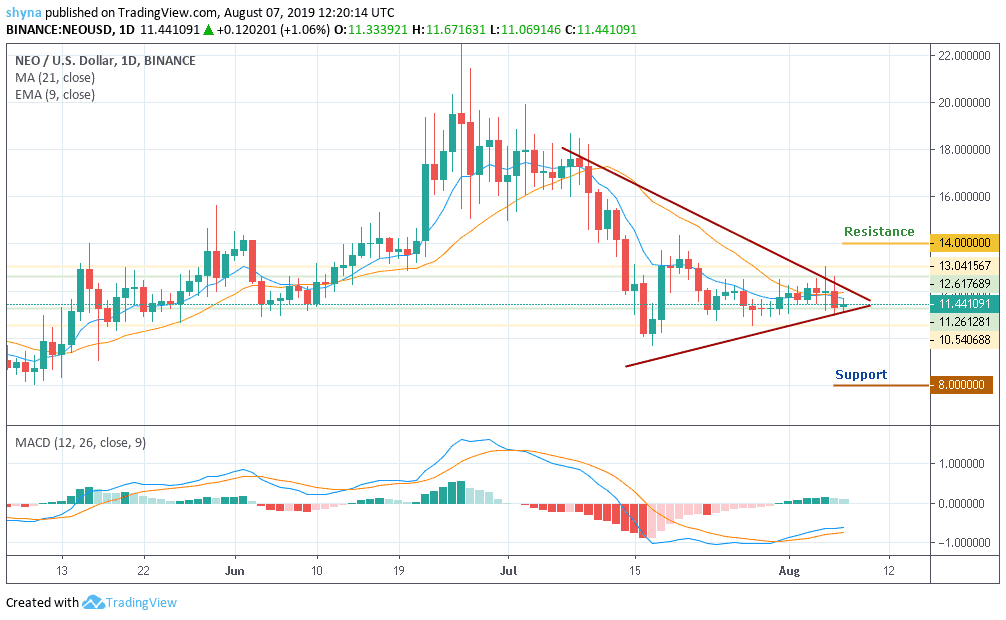 NEO Price Analysis – August 7 After a period of consolidation, the bears took ...