Homenewscryptocurrency values have dropped and thats a good thing 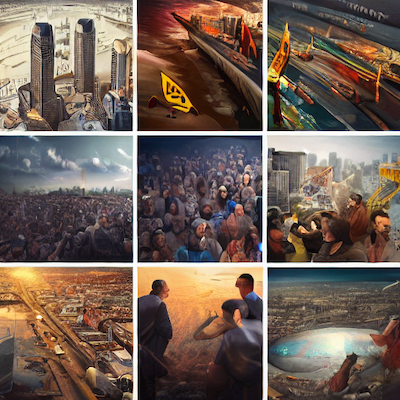 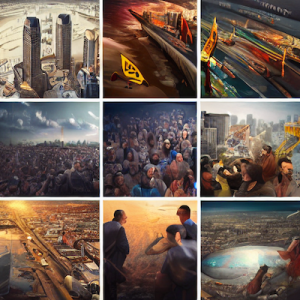 If there is one significant aspect of the numerous crashes in the crypto sector over the past year that the mainstream media has overlooked, it is this: crypto has very little to do with the collapse of the industry.

The use of blockchain technology to create uncensorable, open-access, and immutable global shared ledgers—typically financial ledgers—is known as cryptocurrency. However, attempts to utilize financial engineering to convert the future worth of those systems into current-day U.S. dollars accounted for the majority of the major crimes and failures of 2023.

Too frequently, the finance bros placed large bets using the same flimsy, stacked, and interlocking leverage that caused the financial collapse of 2008. Sometimes they employed pure fraud; they conducted it off-chain, without following any standards, and in an opaque manner. However, it would have been more correct to describe them as freeloaders and hangers-on who diverted genuine public interest in cryptocurrencies to their many unsustainable games. They were mistakenly thought to be a part of the cryptocurrency sector.

The financial bros were extractive rather than additive, like most of modern finance. Instead of being builders, they were a horde of immature vampire squid, tiny want tobe Goldmans hurriedly stuffing their underdeveloped blood-funnels into anything that had the scent of cash.

2023 will be very different from 2021 or 2022 in the crypto realm due to the colossal failures of these finance vampires and larger economic situations. Hedge fund gamblers and hype men who push tokens will be demoted to supporting roles, where they belong, as the mysterious super-coders who create cryptocurrency take center stage once more.

But 2023 will also be distinct from previous “BUIDL periods,” when enormous geek squads were frequently free to pursue whatever they thought was fascinating. There will undoubtedly still be some of it, but wise leaders will push their people far harder toward more defined objectives: Creating usable and dependable front ends for use cases with real-world demand, followed (ideally) by user-generated money. Now, the general public is only vaguely familiar with cryptocurrency (for better or worse). Finding a way to market it as a tool rather than a risky investment is the current challenge.

Less speculating on new tokens, especially those for new “layer 1” blockchains, will result from this, among other factors. There will be a relative shift in favor of services that make use of already-established, reliable chains and ecosystems to create goods and services that actually need the advantages of blockchains, such as cross-border fluidity, digital permanence, uncensorability, and decentralized governance.

Place a bet on the future (but not building it)

Naturally, this scenario assumes that the finance bros have experienced enough humiliation to develop a hazy sense of humility and that their marks have improved a little. Personally, I don’t believe that task has been successfully completed. Institutional traders and speculators may still need to have their noses rubbed in the muck they’ve created, like uncontrolled dogs ruled by their animal spirits. Let’s do that, then.

The function of finance in the 21st century has been severely twisted across numerous economic sectors. The capital game has changed from risking money to create profitable enterprises that generate long-term gains to timing bubbles and selecting stories that deceive gullible investors (retail or otherwise) into being bag carriers. While this is happening, you, the pumper, leave for the White Lotus with the money.

This isn’t just a crypto issue, especially not in the last three years. The litany of overbought, undercooked, and occasionally just plain bad companies comes to mind: Tesla (once pumped, now dumped), Theranos ($700 million in venture capital, another fraud), Nikola (an electric vehicle fraud that raised $3.2 billion), Meta Platforms (rebranded around an app with no users), and Clover Health (a 2020 Chamath SPAC joint on the verge of delisting).

The challenge right now is figuring out how to market [crypto] as a tool rather than a risky investment.

With one exception, the bad guys of the 2022 crypto meltdown were created and raised in this gloom. They didn’t see much more in crypto than the potential for successful hunting. Before switching to cryptocurrency, Su Zhu and Kyle Davies founded Three Arrows Capital to trade foreign currencies. Sam Bankman-Fried is infamous for switching from technical trading at Jane Street to cryptocurrency. Voyager Digital’s Steve Ehrlich formerly assisted in running E-Trade. Alex Mashinsky was well-versed in the drivel that accompanied Silicon Valley venture capital. Creator of Terra Do Kwon is the lone exception; he did establish a crypto network, but he did so on the changing foundations of venture finance, leverage, and covert risk.

The next big thing, according to the carpetbaggers, was crypto, although they obviously had no idea what it was. The fact that good cryptos are public networks and produce revenues through radically different mechanisms than businesses was, above all, something they didn’t comprehend. The lending platforms Celsius Network, Voyager, and Terra’s Anchor protocol, which provided high and fairly stable rates of return on assets that didn’t generate income but eventually led to illiquidity and failure, were the ones where this was most obvious.

A decade of historically low interest rates set by the U.S. Federal Reserve to encourage investment was a significant factor in this mega-failure. Capital was pushed to the extremes of the risk curve, with much of it ending up in cryptocurrencies, as historically reliable and safe financial instruments like Treasury bonds returned virtually nothing. When the COVID-19 epidemic first started, fiscal policy was therefore relaxed against this macroeconomic backdrop to keep the economy afloat. Extra money made its way into cryptocurrencies like bitcoin and others, and then it found its way into developing subsectors like decentralized finance (DeFi) and non-fungible tokens (NFT). “DeFi Summer” was primed as a result.

Some blockchain newcomers mistakenly believed that “yield farming,” which caused the early DeFi token bubble, was an enduring component of “crypto” in its entirety. They must have found the figures and the lingo first alluring. DeFi Summer was, of course, a one-time event that produced billionaires among savvy insiders who successfully traversed a labyrinth of smaller frauds and hacks. Due to the fact that on-chain rewards are constrained by the real demand for loans—a constraint that is enforced by public code—durable DeFi systems were ultimately particularly unpleasant for the leverage gamblers.

Due to the fact that venture capitalists and other limited outside sources were financing the astronomically high returns promised through Anchor deposits rather than system use, Terra and its Anchor protocol were a farce even though they appeared to be DeFi. Haseeb Qureshi of Dragonfly even goes so far as to describe yield farming as a pricey “client acquisition approach” in which rates were covered by marketing spending. To contrast that with reliable DeFi systems, this month’s events offered a lyrical bookend: MakerDAO just revived 1% yield as demand for its items increased, whereas Terra blew up when offering yield as high as 20%. One of those systems is still operating, but the other is no longer.

It’s right out of the Silicon Valley Venture Bubble playbook to leverage VC cash to replace a working business strategy. The goal of the game, which is most prominently promoted by PayPal co-founder Peter Thiel, is to subsidize user adoption before using those “growth” figures to forecast future *unsubsidized* use, enticing additional investment that is then used to subsidize even more adoption.

In essence, capital becomes a cudgel to destroy rivals, including those that have better-run companies or more advanced technology, and to create monopolies. Although Thiel presented his strategy as a technique to eliminate the competition, the tactic might also be seen as a type of money-driven fraud.

But reality is reasserting itself: Uber, which was launched 15 years ago, is still primarily a sophisticated tool for igniting financial markets. The investment that made Thiel famous, Facebook (now Meta), had the worst year of any S&P 500 stock. However, early investors in Uber or Facebook don’t worry because they have already made a profit. When tokens are involved, this financial philandering of “love ’em and leave ’em” becomes even more pernicious because VCs can essentially dump their bags on the public whenever they want.

Consequently, a long-term fraud is coming to light from Silicon Valley to Wall Street. More strips of overcapitalized fat will be peeled away by the ongoing increase in U.S. interest rates until, in many cases, nothing is left.

To be clear, neither venture capital nor speculation done in the manner of hedge funds should be banned. There are sincere investors in the market who want to help grow significant new companies over many years, not just take the money and run. Small-time traders have long been a crucial source of liquidity and rigor for the cryptocurrency market, and they will always have a place at the table.

Sadly, the trustworthy investors and shrewd merchants have been overshadowed by fraudsters we mistook for businesspeople. More importantly, the bull market of 2020–2021 altered the natural order of things by elevating finance bros above their proper role as supporting actors. They created skyscrapers while investing the whole life savings of gullible retail investors in tokens from fundamentally faulty enterprises and earning handsome fees in the process.

This highlights the fatal plague that befalls the financial species as a whole: If you merely comprehend numbers without understanding their origin, you comprehend nothing at all.

Institutions and hedge funds will therefore take their ball and go home for the majority of 2023 after being completely alarmed by cryptocurrency. Amateur day traders trying to make a fortune off the labor of others will, hopefully, choose to put their energies toward something more worthwhile (and they will be better off as a result). There won’t be as much funding available for developers, so teams will have to work more efficiently, and many projects—including many worthwhile ones—may fail.

But once more, this is generally for the best in the long run. Contrary to Peter Thiel, cryptocurrency still has a limited capacity to safely absorb capital. You can’t just spend your way to adoption of something this unique and complex. The low thousands of actual developers still work on crypto projects.

Smaller investors, who are more committed to the principles and technology of cryptocurrencies, will, however, hold sway over good transactions and ideas for at least the next two years. They’ll assist the actual builders in carrying out their duties, which is what financiers are actually expected to accomplish instead of securing publicity and magazine covers for themselves. 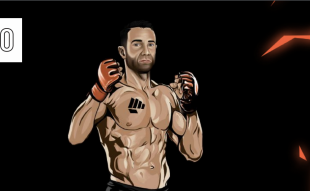