On February 21st, Russia’s Finance Ministry proposed banning cryptocurrencies and crypto mining. The minister submitted legislation for digital currencies. He believes that cryptocurrencies are a great threat to the financial stability of the country.

The legislation includes banning cryptocurrencies completely. That includes all issuances and operations. Banks would not be allowed to invest in cryptocurrencies anymore and exchanging crypto for traditional currency would be prohibited.

However, there have been two proposals to the legislation. One of the proposals is to require customer identification upon transactions. That would decline anonymity which is one of the major selling points of cryptocurrencies.

The second proposal includes a requirement to have a license. Only with that license, you would be able to do exchanges with foreign cryptocurrencies.

Those people who would obtain the license would have permission to invest not more than 600,000 roubles. There would be punishment for those who do not follow the rules. Instead of being able to invest 600,000, their limit would be decreased to only 60,000 roubles.

Russia is one of the largest centers for mining digital currencies. Cryptocurrencies can be used as investment tools, says the minister. However, they would not be allowed in the forms of payments.

Big risks of cryptocurrencies being used in illegal actions

The head of the central bank’s financial stability department – Elizaveta Danilova said that anyone who goes out of the country would be allowed to own cryptocurrencies. They would be able to use them abroad. Regardless, their holdings are going to be tracked by the regulators.

Danilova says that there could be many problems allowing cryptocurrencies to rule finance. It may cause money laundering and be a chain to many illegal operations.

She also mentioned that it took them a long time to clear the system from other dubious operations. That includes many banks who tried to use cryptocurrencies in the wrong way. Once defeated problem should not be allowed to walk back through the back door, says the governor.

In the report, it is also mentioned that it is of great importance to ban the usage of Russian financial infrastructure to obtain cryptocurrency. Danilova thinks that this would be a good way to make cryptocurrency less popular in Russia.

Russia is a thriving mining industry

As mentioned before, Russia is one of the world’s biggest crypto miners, next to US and Kazakhstan. Good conditions in northern parts of the country allow cryptocurrencies to be mined on cheaper power. Some of the larger services in the industry are BitRiver and BitCluster.

Banks drew attention to people saying that crypto mining is bad for the environment. It consumes around 110 Terawatt Hours of power per year. Therefore, crypto mining is considered to be a heavy greenhouse gas emitter. 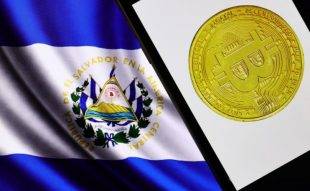 The president of El Salvador, Nayib Bukele, continues to advocate for Bitcoin as legal ...