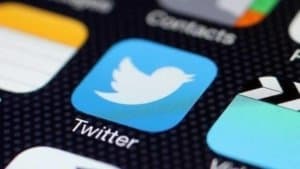 CoinMamba, a crypto entrepreneur, opted to make a Twitter study. This study asked users of Crypto Twitter as to when they got into the crypto space. They did this by way of a Twitter poll, and it showed some interesting results.

Quick population analysis. How many years you've been in #crypto?

The majority of the voters for this poll showed that they had entered the crypto space more than three years ago. Even so, new blood is pumping in, with 9.4% of the voters stating that they’ve entered within the past three months, in line with the DeFi Boom.

Almost Half Of Crypto Users Are Veterans

The crypto community is a relatively young community, compared to others, with Bitcoin’s creation being just 11 years old, having been created in 2009.  Even so, the field is one of continuous growth and innovation, and its unique features have attracted many an investor.

As the poll reached its end, the final results indicated that the majority of those that answered, 42.9%, had been within the industry for more than three years. With the crypto space existing for around 11 years, it’s more than expected that the majority would fall into this category. This category blankets Bitcoin’s inception, all the way to just before the Great Crypto Winter.

The second-largest time frame voted by the users was for 1-3 years, with 33.5% of users voting for it. The members of the crypto community joining in this time frame have been capable of catching a lot of volatile times. This includes the parabolic price increase and ICO boom that occurred three years ago, the Crypto Winter, a massive bear market that followed after, as well as the recent revival.

14.2% of those on the poll voted for “Less than a year,” which entails the crypto market surge of when China announced that it would embrace blockchain. Along with these rises, people in this category experienced the dreaded “Black Thursday,” when the crypto industry halved itself in value during the COVID-19 pandemic panics. These panics caused massive sell-offs

Those that have joined in less than three months and less than a year, it’s easy to assume that it was due to the massive spike in decentralized finance (DeFi). This is especially so for those having gotten into space within the past three months, set at 9.4%. One of the biggest innovations within the DeFi industry is yield farming.

Investors are no capable of staking their various cryptocurrencies into an array of different protocols. At this stage, a new protocol gets developed by the week, and sometimes by the day, with the protocols baiting investors in with promises of very high yields for staking their coin with them. As it stands now, September has seen almost $10 billion in cryptocurrencies locked into the DeFi Space as investments.