Changpeng “CZ” Zhao, the CEO of the world’s largest cryptocurrency exchange, has promised to release an audit into the exchange’s operations. CZ has also refuted claims that he was behind the collapse of the FTX exchange.

Binance to release an audit into the firm

The recent collapse of the FTX exchange has increased criticism from the crypto community about how exchanges manage user funds. The bankruptcy filing by the FTX exchange shows that the exchange misused customer funds by sending them to Alameda, where they were used to make risky trades.

The dropping confidence in exchanges has led to most large ones promising users that there would be full transparency in managing funds. The Binance CEO has now said that an independent audit into Binance will be conducted and released in the coming weeks.

CZ has also urged that there be a full investigation into the collapse of the FTX exchange. He has also criticized the founder and the former CEO of FTX, Sam Bankman-Fried, and even questioned his mental state.

While giving a speech at the Milken Institute Middle East and Africa Summit in Abu Dhabi, Zhao said that all the operations of the Binance exchange would survive even if there were a bank run on the exchange. A bank run usually happens when investors rush to withdraw all their funds from an exchange, like with the FTX exchange.

The FTX exchange filed for bankruptcy last week. Bankman-Fried also resigned as the exchange CEO. Binance pulled out of a deal to acquire FTX, saying that the issues FTX faced were beyond Binance’s control.

Before its collapse, FTX had a valuation of $32 billion. The collapse resulted in a notable decline in the prices of leading cryptocurrencies. The market is yet to recover from this decline. Moreover, the collapse undermined the confidence of investors in the crypto sector.

According to Zhao, this was normal market behavior, adding that things did not work well. He has also denied that he willingly caused the collapse of the FTX exchange after announcing that the company would be liquidating its FTT holdings.

The failure of Binance to continue with the FTX acquisition deal has resulted in Bankman-Fried tweeting, “Well played; you won.” Zhao responded to this tweet by saying that Bankman-Fried was a “psychopath.”

Zhao added that whenever he sells other cryptocurrencies, such as Bitcoin, the market does not react as it did with the sale of FTT. He added that the problems facing FTX arose from suspicion and frustration from investors.

Zhao has also added that Binance would release an independent audit of its liabilities and reserves, adding that it would take several weeks.

Zhao also believes that a robust regulatory framework would be the best solution to the cryptocurrency sector’s problems. He also adds that senior figures in the industry needed to set standards and lead the entire market by example. He added that crypto companies needed to balance encouraging innovation and protecting consumers. 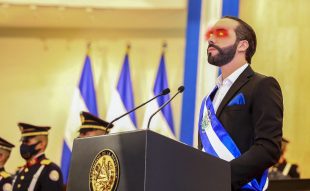